A Super PAC backing Hillary Clinton has debuted a new ad hitting Donald Trump for an incident revealing insensitivity toward a disabled person.

The ad features Chris and Lauren Glaros of Columbus, Ohio, two parents of a young girl named “Grace” (whose name serves as the title of the ad) who was born with spina bifida.

When the Glaros family saw the footage of Donald Trump apparently mocking the physical affect of a reporter who suffers from a joint condition that impairs the movement of his arms, they say they were shocked.

“The children at Grace’s school all know never to mock her. And so for an adult to mock someone with a disability is shocking,” says the mother. The father says that when he saw the incident, “It showed me [Trump’s] soul. It showed me his heart. And I didn’t like what I saw.”

Many people criticized Trump after the incident occurred in November, but Trump denied that he was mocking the reporter.

The Super PAC running the ad, Priorities USA, says it is a $20 million buy that will air in major markets in Ohio, Florida, Virginia, New Hampshire, Colorado, Iowa and Nevada. 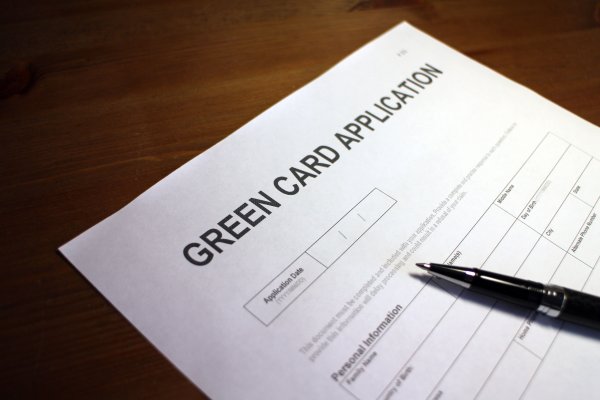 Applications for U.S. Citizenship Now Higher Than During 2012 Election
Next Up: Editor's Pick