We’re aware that your playoff knee injury has done neither you, nor your Golden State Warriors, any favors. But things seem to be progressing rather swimmingly. In the first game back from your playoff hiatus in May, for example, all you did was score a record 17 points in overtime, and 40 for the game, in your team’s Game 4 victory over the Portland Trail Blazers in the second round. What about Game 6 against the Oklahoma City Thunder in the Western conference finals? Facing elimination on the road, you scored 29 points, grabbed 10 rebounds and dished nine assists — nearly a triple-double! — to help save Golden State’s season. Then you went off in Game 7 to reach the Finals. And while you didn’t shoot all that well in Game 1 against Cleveland — your team won big anyway — you looked smooth in Sunday night’s Game 2. You shot 7-11 from the floor, including 4-8 from three, in just 25 minutes in Golden State’s 110-77 drubbing of the Cavs.

You’re two wins away from a repeat championship. The knee can’t be that much of an impediment, can it?

But on Monday you announced that you’d be sitting out the one event you haven’t conquered, the one dream you haven’t fulfilled — the Olympics — in order to rest your knee. You won’t be going to Rio, even though last November, during an interview with TIME, you talked so wistfully about the Games, saying:

If you care about the Olympics one iota, Curry’s decision has to hurt. The Rio Games have lost a prime attraction. Curry’s chase of his first Olympic gold would cap off one of the most thrilling stretches in sports history, in which Curry’s impossible shooting won him consecutive MVPs, most likely consecutive championships and worldwide adulation. With or without Curry, Team USA’s Olympic victories will almost certainly be blowouts. But Curry’s showmanship never goes stale.

So go ahead and jeer the outcome: Curry staying home this summer. But you can’t go knocking his Olympic rationale. “My previous experiences with USA Basketball have been incredibly rewarding, educational and enjoyable, which made this an extremely difficult decision for me and my family,” Curry, who won a FIBA World Cup with Team USA in 2014, said in a statement. “However, due to several factors — including recent ankle and knee injuries — I believe this is the best decision for me at this stage of my career. It’s an incredible honor to represent your country and wear ‘USA’ on your chest, but my primary basketball-related objective this summer needs to focus on my body and getting ready for the 2016-17 NBA season.”

Curry is only 28. The four-year, $44 million contract he signed in 2012 expires after the 2017 season. He’ll command an enormous raise (Curry’s only the fifth highest-paid player … on his own team). He simply can’t risk long-term damage to his knee.

Even Curry’s Team USA boss, Jerry Colangelo, understands Curry’s decision. “We’ve been in communication, and prior to his coming back in the playoffs, he was concerned about what that would mean for the summer,” says Colangelo, chairman of USA Basketball and an advisor for the Philadelphia 76ers. “I support it all the way because what really comes first for all these players? It’s their careers, it’s their health, it’s their NBA teams.”

Colangelo’s deep Rio bench helps ease any anxiety: players like LeBron James, Kevin Durant and Kawhi Leonard are part of the team’s star-studded 31-player pool (though four other players — Chris Paul, Anthony Davis, LaMarcus Aldridge and Blake Griffin — are out because of injuries. Twelve will make the Rio team). So men’s basketball will survive without Curry.

A more concerning issue: will more players bow out not only to rest, but to avoid the the Zika virus? Paul Gasol, the Chicago Bulls center who stars for Spain, may skip Rio. According to the San Jose Mercury News, Warriors guard Andre Iguodala, a gold medalist in London, is also monitoring the situation closely.

Such caution makes sense. Medical officials have linked Zika, a mosquito-borne virus that can be transmitted sexually, to serious birth defects in newborn children. The CDC recommends that men who travel to infected areas like Brazil, and exhibit Zika symptoms like fever, rash, and joint pain, wait six months before trying to get a partner pregnant. For NBA players, winning Olympic gold is a career capstone, and a platform for further global exposure. But the Olympics don’t drive their livelihood, like they do for swimmers, gymnasts and athletes in the more obscure Olympic sports. If a few basketball players skip the Olympics due to Zika, it won’t come as a shock.

The Mercury News reported that players have been advised to not bring their families to Brazil and to sleep in malaria nets to avoid being affected. Colangelo denies this is the case. “Our players’ families — none of them have been advised to not go,” he says. “This is about education and prevention. That’s what we’re doing.” Colangelo insists he hasn’t heard of any U.S. men’s player backing out because of Zika. “Everybody is still OK with everything moving forward,” Colangelo says. “To the best of my knowledge everyone is right in line.”

If only Curry could join them. 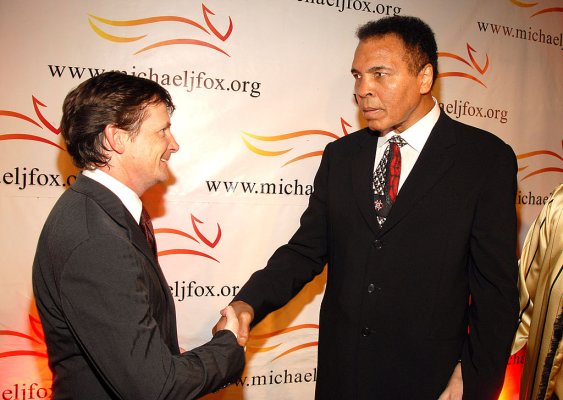