Congressman Tells Off Donald Trump 'In Language He Understands'

A Democratic Congressman who told Donald Trump to take his “border wall and shove it up your ass” in an open letter said he wanted to speak “in language he understands.”

U.S. Rep. Filemon Vela, who represents Texas’ 34th District, released the open letter in English and Spanish Monday morning, saying he’d reached a point where he had “had enough” of Trump’s tone on immigration and Hispanics.

“I will not presume to speak on behalf of every American of Mexican descent, for every undocumented worker born in Mexico who is contributing to our country every day or, for that matter, every decent citizen in Mexico,” he wrote in the letter’s conclusion. “But, I am sure that many of these individuals would agree with me when I say: ‘Mr. Trump, you’re a racist and you can take your border wall and shove it up your ass.’”

Trump’s criticism of Curiel has drawn rebukes from fellow Republicans, even many who support his candidacy, while the White House has sought to tie it to Senate Republicans’ delay on filling a Supreme Court seat left vacant by the death of Antonin Scalia.

Vela was also bothered by the presumptive Republican nominee’s attacks on Judge Gonzalo Curiel, who is handling the Trump University lawsuit. His father was appointed to the federal bench in 1980 by President Jimmy Carter and has a U.S. Courthouse named for him.

Since 2013, Vela has represented the southernmost tip of Texas in Congress. He drove from there to Washington, D.C., over the weekend with his wife and a staffer, giving time to reflect on what he wanted to say in the open letter.

“It took a couple of days for it all to come together,” he said. 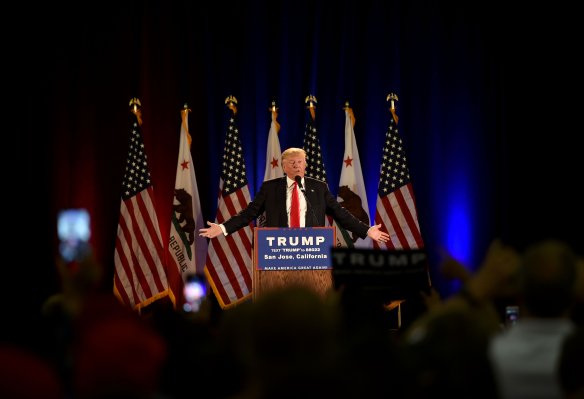 Commencement Speakers’ Advice for 2016 Grads: Don’t Be Like Donald Trump
Next Up: Editor's Pick