How To Fix Your Broken Bluetooth Connection

Whether you’re popping on some wireless earbuds before running a race, banging out a quick but important email with a Bluetooth keyboard, or trying to amp up a party by streaming a killer playlist to a portable speaker, there’s never a good time for your wireless tech to fail. And yet, from time to crucial time, it does.

If there was a wire, you’d wiggle it. If there was a plug, you’d pull it out and put it back in. But what do you do when your problem is with the wireless wizardry of Bluetooth devices?

Even though there’s no hard-wired connection between your devices when you use the wireless protocol, there are still ways to improve your connection, says Steve Hegenderfer, director of developer programs at Bluetooth Special Interest Group (SIG). “As Bluetooth has grown in popularity, especially among handset makers, it’s gotten a lot better,” he says. So the next time your wireless gear gets wonky, try one of these troubleshooting suggestions.

You can connect to multiple Bluetooth devices simultaneously, with seven being the recommended maximum. Hegenderfer says he connects his smartphone to around a half dozen wireless gadgets regularly, without much of an issue. His secret? He resets his Bluetooth gear daily.

“Every device has applications or firmware on it, and occasionally there can be issues with that,” he says. For instance, in the Bluetooth accessory, there could be a memory exception that causes it to glitch up or freeze. “That’s an easy case, usually you just reset it and it’s fixed,” he says.

In some instances, bad code in a phone’s operating system can wreak havoc on a handset, and resetting your electronics won’t fix it. “Bluetooth is just one small piece of an overall operating system,” says Hegenderfer. “You have all kinds of memory issues and constraints, hardware and interrupts that are all trying to interact at the same time.” The best way to settle these short circuits? Update the firmware on your phone.

For instance, when Android adopted a radical new version of Bluetooth a couple years ago, there were a bunch of issues, says Hegenderfer. “They had this freaky memory problem that nobody caught,” he says. “Obviously, the folks at Google found that relatively quickly and patched it.”

But because Android is put onto a wide variety of smartphones, it can be difficult to get the updates to every compatible handset. (Mobile carriers also sometimes delay Google’s updates.) Because of that, Hegenderfer also recommends buying Android handsets that are not locked to specific carriers.

Since Hegenderfer works for Bluetooth SIG, it’s no surprise he also suggests purchasing the latest and greatest wireless gadgets. Though the technology has been around for more than 20 years, and new phones and computers are backwards compatible with relatively ancient Bluetooth devices, he has a point. Today’s wireless products are better from both a hardware and software perspective.

The original Bluetooth (1.0) was designed for streaming data, everything from keyboard keystrokes to MP3s. Bluetooth Smart, the current version of the technology (4.2), is power efficient, making it great for wearables, fitness devices, and smart home products. In fact, the low energy technology can even run for a couple years on a little button battery.

Advances like this came about because Bluetooth is a standard that’s under continual development by working groups of experts from companies around the globe. When these developers patch a bug on an older Bluetooth build (or introduce a feature into a newer one), they put it in the latest version of the software.

Many new products run the latest versions, but some manufacturers looking to cut costs will buy older chips or internals that don’t feature the newest builds. “Some (manufacturers) put the version of the spec that it supports on the packaging,” says Hegenderfer. That’s usually a good indicator that they are keeping their products up to date.

Update the firmware on your device

New products should work perfectly, but Bluetooth is backwards compatible, so old ones should stand the test of time as well. But the reality is, sometimes they don’t. That can be a bummer when a pair of $200 wireless headphones become a pricey paperweight.

If none of the above remedies revive your Bluetooth gear, go to the manufacturer’s website and see if there is a firmware update for your device.

“A lot of the newer devices, especially the audio devices, can be updated,” says Hegenderfer. “This is something that’s new to consumers, but a lot of the aftermarket car stereos do have updates.”

Look for a sweet spot

So far, all of these solutions have focused on software and hardware, but if your Bluetooth signal is battling interference, the solution might be even simpler. Like any other radio signal, Bluetooth does not transmit well through things like water and metal, so look at your surroundings and see what changes you can make to improve your device’s reception.

In addition to walls, wiring, and even your own body, signals sent from cordless phones and Wi-Fi routers can also mess with your Bluetooth reception. It is rare — Bluetooth is designed to jump between 42 different channels hundreds of times per second — but it is possible.

“What I do in those cases is look for a sweet spot,” says Hegenderfer. “Like any other radio technology . . . the best spot for the antenna itself is high. It’s the ceiling, so those radio waves can get down to reach everything they need to do.”

Don’t just complain, be a part of the solution. While flaws with Bluetooth are typically discovered by developers, sometimes consumers raise red flags as well. When a developer finds a bug in Bluetooth, they file what’s called “errata,” says Hegenderfer. These complaints are taken, resolved, and inserted into future Bluetooth updates. “Those happen several times a year,” he says.

When consumers find a problem, says Hegenderfer, they should begin by going to the manufacturer and pointing out the problem. But if the issue persists, and it’s a problem with the Bluetooth specification (and not the device itself), consumers are welcome to file their own bug report at Bluetooth’s support website. 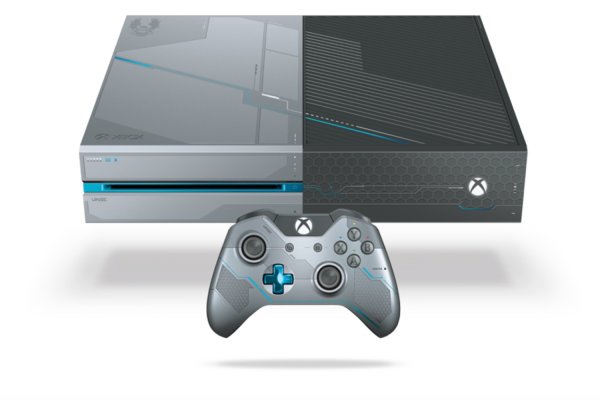 The Xbox One Is About to Become Even More Windows-Like
Next Up: Editor's Pick