Why Donald Trump's Attacks on the Judge Make the GOP Nervous

If you only read one thing: Donald Trump’s comments about U.S. District Court Judge Gonzalo Curiel are stoking the worst fears of the GOP Establishment about their nominee. Curiel, who is presiding over a lawsuit targeting the short-lived Trump University, first came under fire from Trump last month after he ordered the release of “playbooks” that detailed how Trump employees targeted down-on-their-luck individuals for their pricey program. Trump alleged that Curiel, who was born in Indiana to parents of Mexican descent, was himself “Mexican” and therefore conflicted out of hearing the case because of his plans to build a wall on the southern border. Over the weekend Trump defended those comments and went even further, suggesting Muslim judges should also be disqualified from hearing cases involving him and leaving open the door to railing against judges from other groups. For Trump, the controversy over Curiel distracts from the controversy over his “university,” but it also deepens his troubles with Hispanic voters and makes it far more difficult for the GOP to unify around him. It comes as the GOP is implementing a strategy of hanging Trump out to dry for his controversial statements and policy proposals. Top party leaders have been swift to condemn Trump over his remarks about judges, and no major GOP official has sought to rebut Hillary Clinton’s blistering criticism of his foreign policy last week.

That was fast. Conservative author Bill Kristol’s third party dream was dealt another setback last Sunday as National Review writer David French burst the trial balloon and announced he wasn’t going to run for president. The candidacy was always farfetched and at best a run to spoil Donald Trump‘s chances in the fall. The swift rise and fall should hopefully end much of the speculation driving such efforts.

Hillary Clinton is a day away from clinching the Democratic nomination, with a victory in Puerto Rico ensuring that by the time polls close in New Jersey on Tuesday she will become the first female major party nominee. But the results in California will help determine how much juice Bernie Sanders has going into the convention. If he wins, he and his supporters will feel emboldened to challenge Clinton at every avenue. If he loses, as expected, his ability to exert influence will be more limited. Either way, expect the Democratic Party institutions to move swiftly behind Clinton on Wednesday, or at latest next week—when the final primary in Washington, D.C. is held.

The Clinton campaign dramatically overstates the press’ access to their candidate. A pro-Trump super PAC brings on an anti-Trump operative. And a California gun control measure is dividing the Democratic coalition.

With a Withering Attack on Trump, Clinton at Last Turns a Corner in Her White House Bid
TIME’s Joe Klein on the significance of Clinton’s new campaign message

Citizen Obama: How the President Is Campaigning for a Philosophy, Not Just a Candidate
Plans to be more engaged in electing successor than his predecessors [Los Angeles Times]

After Weekend Wins, Clinton on Cusp of Democratic Nomination
New Jersey will put her over the top on Tuesday [Associated Press]

Could a Muslim Judge Be Neutral to Donald Trump? He Doesn’t Think So
Trump turns heads with new pronouncements [New York Times]

Sanders Camp Is Split Over Next Step
How long to keep up the fight? [Wall Street Journal]

“He’s a Mexican. We’re building a wall between here and Mexico.” — Donald Trump to CNN’s Jake Tapper on why he believes U.S. District Court Judge Gonzalo Curiel should recuse himself from hearing his Trump University case

“It was one of the worst mistakes Trump has made. Inexcusable.” — Former Speaker of the House Newt Gingrich, a Trump supporter and Veep contender, on Trump’s criticism of the judge in the Trump University case because of his Mexican heritage

A Major Native American Site Is Being Looted. Will Obama Risk Armed Conflict to Save It? [Washington Post]

Can Trump Productions’ Content Be a Kingmaker? [New York Times] 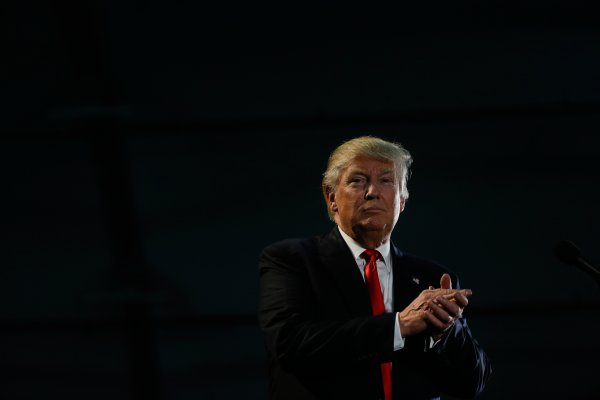