On Last Week Tonight, John Oliver tackled debt, which is apparently “the reason that Nicholas Cage has made so many great choices over the years.”

According to Oliver, American households collectively own over $12 trillion in debt, $436 billion of which is 90 or more days past overdue. These debts has spawned a billion-dollar industry in debt buying or organizations that purchase the right to collect debts from the original creditors. The largest debt buying corporation is a group called Encore Capital who claim that 1 in 5 consumers either owes them money now or has in the past, or as Oliver puts it, “Statistically that means one member of Evanescence has owed them money.”

There’s also so-called zombie debt, or debt that was believed to be settled and buried but comes back to life for collection. It is a financial woe that has a lot in common with the zombies on The Walking Dead, according to Oliver: “Zombie debt comes back from the grave, is incredibly hard to deal with, and seems to disproportionately effect minorities.”

The debt-buying industry has lead to some unscrupulous practices among debt collectors and debt collection proceedings are clogging up courts across the country with lawsuits, the vast majority of which go unanswered. Many debt collectors also seem to have little respect for consumers and simply do whatever is necessary to make more money. So Oliver did the only logical thing and decided to get into the debt-buying business himself.

He set up an organization called Central Asset Recovery Professionals (or CARP, for the bottom-feeding fish) and bought $14,922,261.76 of medical debt from over 9,000 people. And then he decided to give it all away in the biggest giveaway in television history, even managing to out-do Oprah Winfrey whose biggest giveaway totaled a mere $8 million. 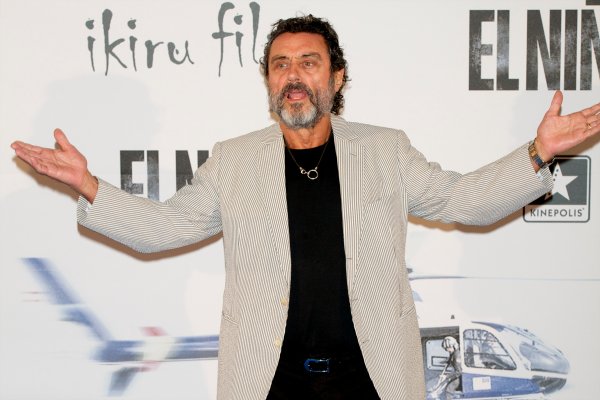 Ian McShane Talks About His Game of Thrones Appearance
Next Up: Editor's Pick