The Trouble Buried in the New Fortune 500

Here’s a telling numerical contrast that says a lot about the state of business and the economy in America today: the new Fortune 500 list shows that overall growth for big business stalled in the last year, with profits dropping 11% for firms on the list. Yet just last week, the Wall Street Journal reported that CEO pay was rising. The figures might seem to be in opposition but, in the increasingly Kafkaesque world of big business and the capital markets, they aren’t.

Why? For the last couple of years, corporate earnings have been flattening out, as Main Street has struggled along in the longest, weakest recovery of the post World War II era. This despite markets being buoyed by historically low-interest rates and the Fed’s $4 trillion money dump post financial crisis. As stocks have gone way, way up, so has corporate pay. As the WSJ reports, “Pay across the survey rose by a median 5.5% to $11.4 million, nearly two-thirds of which was tied to performance.”

The key word there is performance. Performance pay is typically awarded in stock options, which have special tax benefits, thanks to changes in how executive pay can be doled out made in the 1990s. Of course, it’s best for CEOs to exercise such options when the markets are high. And that gets us to the record number of share buybacks that have been pulled off by corporations in the U.S. over the last couple of years. Buybacks, which essentially involve companies buying up their shares on the open market, jacks up the price of the stock.

Some, like Warren Buffett, argue that they can be a mark of a company’s belief in its own future potential. But what’s interesting is that the majority of recent buybacks have been done during market peaks, not so much as a way to express belief in the future, but to cash in on the present, and ensure that share prices remain up. Even if the underlying growth story on Main Street isn’t bullish–certainly the case these days (witness last Friday’s disappointing job numbers).

The result is a market that goes up, and enriches the 10% of the population that owns 80% of the stock (and particularly lines the pockets of the C-suite), but no real change in the underlying corporate growth story (witness those falling profits). If companies were putting all that back all that buyback money in things like worker training, research and development spending, factory and technology upgrades, or even (gasp) worker pay, the Main Street story might change. But they aren’t. This process of “financialization,” by which the markets rule Main Street rather than the other way around, is something of deep concern for American capitalism’s future.

Sadly, I fear that the contrast between corporate profits and corporate pay means we may be at a tipping point. There is very little ammo left to artificially bolster stock prices in the absence of real economy growth, and stronger job creation (and even more importantly, the creation of better paying jobs–much of what we are creating is low-level service work). At some point, everything in the markets must connect back to Main Street. 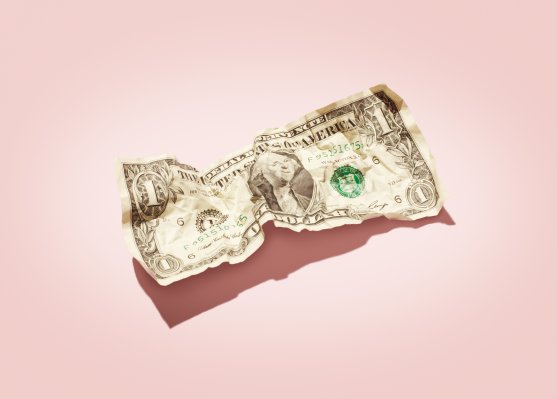