Dark Souls 2 is a lesser game than Dark Souls. Or maybe that should read greater. It depends what you’re looking for. I’m not sure what that is for me, 15 hours in.

I’m merely level 36, and I’ve only pulled one stat out of the teens. I feel a little like my 21-month-old son, tottering around the house in exploration mode, smacking into things and falling down, trying to make sense of the world with my babbling proto-linguistic toddler-speak.

As Demon’s Souls to Dark Souls, the latter hasn’t prepared me for all the new challenges on tap here: the hollow soldiers with estoc and shield who assault in teams with brutally efficient and overlapping tactics, the Varangian sailors with devastating four-hit combos, the cyclopean all-reaching ogres whose immensity belies their ability to pancake me lighting-quick. That’s also a hallmark of a Souls game: Each encounter feels new, a lesson unto itself instead of other games’ n + 1.

So far series newcomers Tomohiro Shibuya and Yui Tanimura have recaptured most of what makes Dark Souls feel like Dark Souls, scaffolding to foundation, the world swathed in plaintive John Barry-ish piano strains, melancholy lighting and baffling alien architecture. That gothic opening sequence might be a riff on Poe’s House of Usher (only here the protagonist leaps into the tarn-vortex of his own volition, poor fool). And all the keystone From Software themes take their bow: the obscure narrator, the melodramatic auguring, the sense that someone shook a box of Boschian refrigerator sentence-magnets to cobble together what passes for a story.

Sidebar: Remember the old NES game Wizards and Warriors (by Rare, incidentally — yes, that Rare)? Indulge me. The outset of Dark Souls 2 made me think about that game for the first time in years. It’s the trees. In Wizards and Warriors, you play a knight leaping between sawed-off branches like Li Mu Bai in plate armor, occasionally ducking inside their trunks to scrounge for treasure and battle creepy bugs, birds and spiders. Dark Souls 2‘s beginning feels like a darker, weirder version of that level — a series of places (linked through arthritic wood-skyscrapers) that make no logical sense. All that’s missing are the David Wise tunes.

I love that about games like this. It’s that angle that has nothing to do with the game’s game-ness, but without which the game wouldn’t be Dark Souls. The sunsets that last forever. The distant, bruised, Mordor-like clouds. The weirdly-lit corridors (with no obvious light source) that always creep me out. The subterranean rivers kicking off a scrim of mist. The fiery pits housing who-knows-what that put me in mind of the first time I played Colossal Cave Adventure on a Commodore B-128 and stumbled into a room, described solely in text, that felt like peeping the devil’s own playground.

There’s a lot of talk about “placeness” with virtual reality back in the news. It’s an aspect of gaming that gamers tend to gloss over in the conventional obsession with rules and mechanical minutia. It makes me wish we had a better, less reductive label for games than “games,” though those labels are coming as surely as gaming’s on the verge of being subsumed by technology that’ll bulldoze the sort of arbitrary distinctions we make today, like “genre” and “platform.”

But since this is 2014 and games are still treated as the sum of their mechanics, let’s talk about one that’s changed significantly in Dark Souls 2. It’s perhaps the most controversial change of all, and I had no idea it was coming. Five hours in, I assumed I’d found a bug. The hollow soldiers haunting the fire-lit dungeons below a castle tower I’d been plumbing suddenly vanished — first one, then another, then another still. I ran a search engine query and discovered a bunch of people talking about de-spawning, which is basically how Dark Souls 2 deals with soul farming.

Demon’s Souls mitigated soul-farming by forcing you to return to its nexus to re-spawn enemies. There was a forced pause to reset things, a farming deterrent premised on those load times coupled with fewer travel points. Dark Souls‘ instantaneous reboots and numerous bonfires, by contrast, opened up a world of farming possibilities. The Undead Burg bonfire was basically my home away from home well past the point I should have lingered there, level-wise. I’d just fire up the game and do laps: tag the archer, then the guys charging up the stairs, then the spearmen across the way, then the trio hunkering in a room across the bridge, then the guys tossing firebombs off the roof, and so on. I must have done that circuit hundreds if not thousands of times (and arguably way over-leveled for the area) before moving on.

Not so with Dark Souls 2, where enemies only spawn a fixed number of times before vanishing for good (a little more than a dozen times in my experience, though this varies). That means you have to be pretty darned good (and consistently so) to play without getting yourself into a difficulty rut — a problem I’m seeing more than a few have run into, reading message boards and some of the more insightful off-the-beaten-path reviews.

Not me — at least not yet. I’d estimate I’ve lost maybe 10,000 souls overall to the void — a pittance in the grand scheme — but I’ve yet to feel under-leveled. The game also seems to be unfolding a little more logically: If you take Dark Souls 2 on its new terms, it starts to feel compartmentalized, like you’re checking off areas and actually progressing through them instead of blinking in and out of something immutable. Instead of under-farming or over-farming an area, I’ll work it until it’s clear of antagonists — what some might call a “genocide run,” if you will, though exterminating everything would have to include non-hostiles, and I’ve left merchants and other potential allies alone.

The downside to de-spawning is that some of the risk is gone. Leaving enemies behind means leaving souls behind, and since the total number of souls on the table has a ceiling, you’re inclined to grab them all before moving on. The last thing you want to do is stick your soul-laden neck into a newer, higher-difficulty area, only to lose a clutch of hard-earned souls for good. At risk of losing so much so permanently, you’ll hoard like you never had to in Demon’s Souls or Dark Souls: rarely venturing ahead, calculating the trajectory of level progression to ensure you’re spending every last soul on items or attributes, playing a hyper-cautious perfectionist game to avoid the hypothetical under-leveled, soul-exhausted nightmare scenario that could put you off playing further.

There are ways around this, or so I’m told. You can enlist others to help if you’re stuck, and I’m seeing something about a “bonfire ascetic” that supposedly restocks the creature pool, but I’m not sure where to get one and I’m told the re-spawns are twice as difficult, as if replaying the game at a higher difficulty setting.

But on balance, Dark Souls 2 forces you to care infinitely more about gleaning every last soul, the upside being a sense of structured progress that’s absent from the prior two games; the downside being a stronger sense of linearity coupled to even greater anxiety about throwing your play-through off the rails. In other words, the stakes are perhaps the highest they’ve ever been here, which is ironic considering all the worry some had about Dark Souls 2 dialing things down to expand its audience.

At this point, the game still seems to be “working” for me. I’m moving forward at a comfortable pace and finding the challenge feels about right. De-spawns also function as a sort of historical record of your play-style, each enemy decoupling from the world in tandem with your dispatch strategy. More remote enemies linger, say archers along battlements or enemies hidden in spots you take longer (and multiple bonfire rests) to find. Wrapping up an area reminds you how you went about prosecuting it, in other words.

The way my brain organizes information, I almost prefer this approach to Dark Souls‘ and certainly Demon’s Souls’. But ask me again in another 10 or 20 hours, after I’ve had a chance to throw down with some real troublemakers: I hear the three Ruin Sentinels in The Lost Bastille slot somewhere between extortionate and impossible. 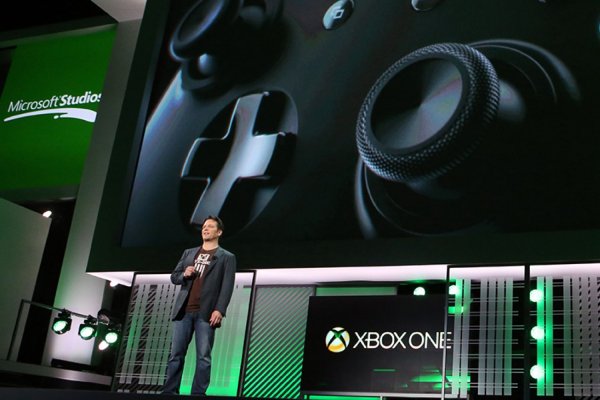