You Should Say 'Yes' to Every New Opportunity

I’d wanted to act since I was 3 years old, and I wanted it badly. I played around with the idea of going to college when I was in high school, but when I didn’t get into the one college that I applied to, I took that as a sign that I should pursue my passion. So in 2006, I moved to Los Angeles to make my dream a reality.

While in L.A., I took an improv class at the prestigious Second City Hollywood, where I learned the first rule is to say, “Yes, and…” On stage, you never know where the scene is going to go, and the best scenes—the best performances—happen when you are open and receptive to the changes.

While I was studying improv, I worked as a customer-service cashier at Whole Foods, an administrative assistant at Second City, and a brand ambassador for a probiotic company—all while auditioning for parts and picking up some extra cash by doing things like babysitting. Then, in 2009, I was laid off from my job as a brand ambassador and was only employed by Second City a couple of days a week. Suddenly, I had a lot of time on my hands.

In some ways, I was lucky to have that time to dedicate to my improv education. But when I graduated from Second City in 2010, I knew that something else was brewing for me. So on a crisp and clear Los Angeles night, as I was watching Fourth of July fireworks from my bathroom window, I decided that I was going to go to college and get my English degree. So I said, “Yes, and…” and applied to Santa Monica College.

From the very first class that I took in the spring of 2011, I felt like I was at home. Not attending college right after high school had always been a huge insecurity of mine, but going back at the age of 23 was the best thing that I could have ever done. I wanted to be there, so late nights and long papers about Shakespeare didn’t seem so bad.

Read more: How to Find Your Passion

I later went Mills College, a small women’s liberal arts school in Oakland, Calif. That meant I had to leave L.A., which felt like leaving my dreams of becoming an actress. I didn’t know how to say goodbye, so I didn’t. Instead, I said, “Yes, and…”

Mills was magical, and I felt a growing sense of ease with every step I took there. While there, I connected with a former editor of Mother Jones, which piqued my interested in publishing—and eventually led to my applying for and getting a one-year editorial fellowship with Time Inc. in Birmingham, Ala.

My fellowship was supposed to end after those 12 months, but I was offered a contract position as an associate producer of Facebook Live content for Time Inc. in April. My role working on Facebook Live segments means I get to focus on video and live performance every day. Somehow, so many of my passions have collided into one amazing job.

Never did I see my life going in this direction, but I just stayed open to the changes and it seems to be working out OK so far.

I don’t know what will happen a year from now, but I do know that my dreams can go with me even if they change—if I just continue to say, “Yes, and…” 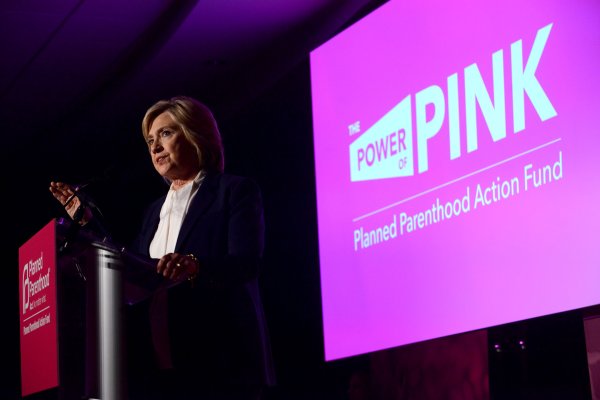 What Hillary Clinton's Nomination Means for Women's Health
Next Up: Editor's Pick