Matt Damon revisited his old Good Will Hunting stomping grounds on Friday, giving the commencement address to the Massachusetts Institute of Technology and criticizing the rise of presumptive Republican nominee Donald Trump.

Damon praised the work of students and faculty at MIT before discussing one idea that posits reality could actually be a computer-generated simulation.

“If there are multiple simulations, how come we have to be in the one where Donald Trump becomes the Republican nominee for president?” Damon said, to applause. “Can we like transfer to a different one?”

Damon challenged graduates to work on solving important problems—simulation or not.

“This world—real or imagined—this world has some problems that we need you to drop everything and solve,” he said. “So go ahead and take your pick from the world’s worst buffet: economic inequality—that’s a problem. How about the refugee crisis, massive global insecurity, climate change, pandemics, institutional racism and add to that an American political system that’s failing.”

Damon—who has donated money to Democratic candidate Hillary Clinton’s campaign, according to the Hill—also criticized big banks and at one point assured the audience, “I’m not running for office.” 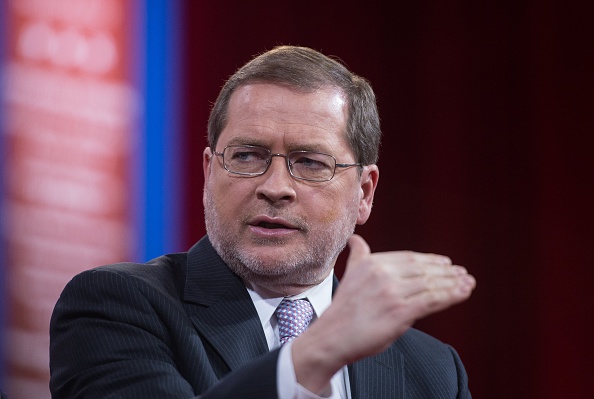 Grover Norquist: Trump Would Be Most Fiscally Conservative Since Reagan
Next Up: Editor's Pick