While speculation abounds over who will come out on top in the battle for the Iron Throne, the stars of Game of Thrones all seem to have their own opinions about how the HBO drama should end. In a recent interview with Entertainment Weekly, several of the show’s actresses revealed who they are rooting for to rule Westeros.

Their responses ran the gamut from the possible—Sansa Stark (Sophie Turner) becoming queen with Littlefinger as her Hand—to the not so likely—Cersei Lannister (Lena Headey) forcing Melisandre to resurrect her dead children who all share the crown. But in the end, Emilia Clarke’s (Daenerys Targaryen) answer was probably the highlight of the segment. “I’m going to pitch that I get to Westeros riding on the back of my dragon,” she said. “And we hang a right past Hollywood, and we pick up a few beautiful men to jump on the dragon with me. And then we pick up the throne, and we take that throne and the beautiful men and we take it to the Caribbean. And we plant that throne in the Caribbean and we just chill out.”

Watch the full clip at EW.com. 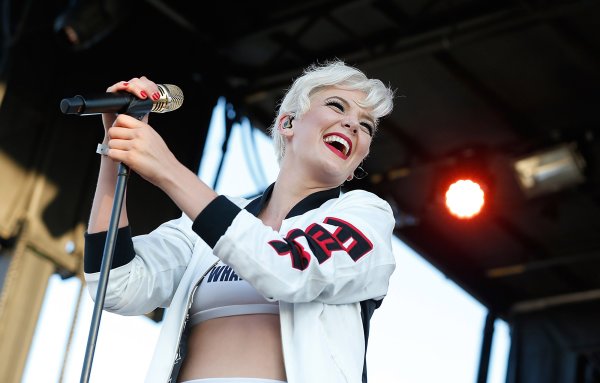 Listen to Betty Who's Dreamy Cover of the '90s Jam 'I Love You Always Forever'
Next Up: Editor's Pick