Most of us resign ourselves to looking unattractive in our passport photos.

But Stuart Boyd, a British man who ordered a new passport for his summer vacation in Greece, found something particularly unsavory about his photo: in it, he looks exactly like Adolf Hitler.

Boyd, a 50-year-old former paramedic who works in public transport, has light facial hair. But in the passport photo, a dark toothbrush mustache appears above his upper lip thanks to some unfortunate shadowing, making the resemblance to the infamous Nazi dictator rather uncanny.

“I was really angry when I saw it,” Boyd told the Manchester Evening News. “I was distraught, really. I just thought, ‘Oh, for God’s sake, I have to have this for 10 years and they can’t even get it right.”

He posted the image to Facebook, where it quickly went viral. His friends made light of it, but luckily local authorities caught on and reached out. Boyd said the Passport Office told him they didn’t “intentionally” make him look like Hitler, and are investigating the error. They’ve also promised to deliver him a new passport—hopefully, this time, without the menacing mustache. 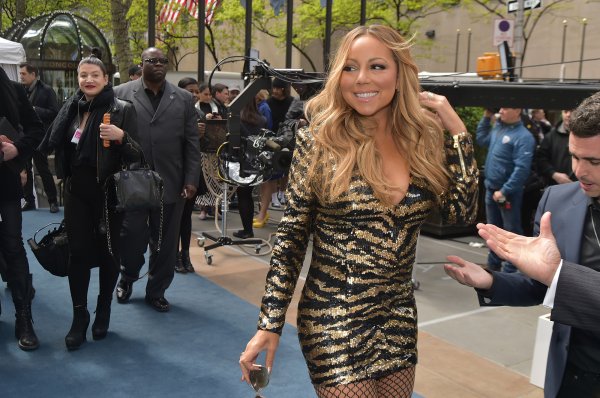 Mariah Carey Was Interviewed By Jimmy Kimmel In a Bathtub and It Was Peak Mariah
Next Up: Editor's Pick