Peru Could Elect a Jailed Strongman's Daughter as President

Peru is a nation divided. As polling day in the second round of this year’s hotly contested presidential elections has edged closer, Peruvians have been forced to choose between two camps.

But it’s not the two candidates, their policies or their vision for the country’s future that is driving a wedge between voters. Instead, the controversial legacy of a notorious former leader from more than a decade ago is shaping how Peruvians choose their next president.

Read More: The Caretaker President and Poet Taking Charge of a Troubled Brazil

That former leader, Alberto Fujimori, was a right-winger and President of Peru for ten years from 1990. A child of Japanese immigrants to Peru, Fujimori helped kickstart the country’s economy with controversial free-market reforms, and tackled left-wing rebels. But he was a controversial figure during his time in office, and after fleeing to Japan and resigning by fax in 2000, he flew to Chile in 2005, only to be arrested and extradited to Peru, where he was convicted of human rights abuses during his time in power. He is now serving a 25-year sentence in prison.

Yet the former leader’s daughter, Keiko Fujimori, could become the next President of Peru after polls close on June 5, even while her father sits in jail. She leads her opponent, 77-year-old Pedro Pablo Kuczynski, by three points in the polls.

Fujimori already won the first round of voting in April, taking home 39.86 per cent of the votes. Kuczynski trailed far behind with 21.05 per cent, narrowly beating the left-wing Veronika Mendoza for second place. Under Peru’s electoral system, if no candidate wins a majority of the popular vote in the first round, a run-off between the top two is triggered.

After Fujimori’s narrow defeat in the second round of Peru’s last elections in 2011, she is now poised to make it over the top—thanks in part to taking pages from her father’s playbook. “She has worked very hard to reinforce her father’s traditional base of support. For five years she has been incessantly travelling the country, visiting town after town in the interior,” said Steven Levitsky, a Peru expert and Professor of Government at Harvard University.

Fujimori’s supporters say her time has now come: “Right now, she is the only option that we have to put our future in the hands of somebody who can lead Peru out of this current situation,” said Rita Rodriguez, 50, leader of a local branch of the Fuerza Popular party in central Lima. She was a member of Alberto Fujimori’s original Cambio 90 party in the 1990s and has remained a fujimorista ever since.

But experts believe that the Keiko Fujimori’s popularity is not only down to her links with her father. “The number of committed fujimoristas in Peru is only around 15 to 20 per cent of the electorate,” says Levitsky. “Keiko Fujimori has out-campaigned everybody else since the last election, building without question the strongest political organization in the country.”

Luz Salgado, a Member of Congress for Fuerza Popular and a key member of Alberto Fujimori’s government in the 1990s, agrees: “You can certainly separate Keiko Fujimori from her father’s legacy. She has admitted that her father’s government made errors. And responsibility for these errors is individual—you can’t be held accountable for what your father has done.”

Fujimori’s critics argue that, even beyond the problem of her father, Fujimori lacks the necessary experience to be president. “She is not somebody with the ability to lead our country,” says Gonzalo Cordova, 35, a member of an anti-Fujimori activist group in Lima. “She’s lived a public life since she was very young. Then she became a member of congress. She’s never had an actual job.”

Yet it is her ability to walk a tightrope of public perception that has defined Fujimori’s campaign. She is both the daughter of a former president and a champion of the poor; she can simultaneously distance herself from her father’s legacy and embrace his traditional support base.

It wasn’t always so: in an interview for a 2005 documentary about her father’s fall, she defended him defiantly. “What politicians here in Peru still can’t believe is that after all the accusations that they have made up against my father, his approval ratings are still between 35 and 40 per cent. The more he’s attacked, the more popular he becomes. That’s what they fear: the return of Fujimori.”

In the decade since that interview, Fujimori has attempted to carve out her own political identity. During a television debate before the first round of voting in April, she signed a pledge to “not use her political power to benefit any member of her family” if elected. This was widely interpreted in Peru as a promise not to pardon her father.

As election day looms, Fujimori’s true political identity remains a mystery to many Peruvians, even as they are poised to elect her to the country’s highest office. “There is a huge amount of debate in Peru about whether her efforts to distance herself from her father are just theater, and that the plan is to simply pardon him on day one of her presidency,” says Levitsky. “The truth is, nobody really knows.” 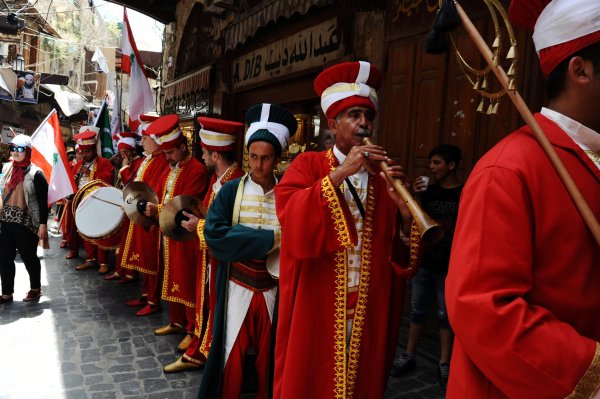 Why Ramadan Starts on a Different Day Every Year
Next Up: Editor's Pick