The Real Threat of an Aging Population

We used to size up a person by counting his children. Now we count Rolex watches, six-pack abs and Instagram followers. The Center for Disease Control recently reported that Americans gave birth to about 10,000 fewer babies in 2015 than in 2014. Go to an airport departure gate and count how many people pre-board because they are seniors hobbling with walkers rather than young parents with baby strollers. The lack of babies makes the airplanes quieter, but for the country’s economic future, it suggests turbulence ahead.

In my book The Price of Prosperity I report that America now has more golf courses than McDonalds. This is not a story about Americans preferring manicured grass to grass-fed beef. It’s a story of 40 million retiring baby boomers looking for a place to take a walk and exercise.

The U.S. is not alone in the birth dearth. Some worried countries like France, Singapore, South Korea and Russia try to convince young couples to spend more time making “whoopee,” offering free motel visits. The Russians promise new parents a chance to win a new refrigerator! I cannot think of anything less sexy than a government minister dimming the lights and turning up a Frank Sinatra tune.

An aging population poses two separate threats, one obvious, the other less so. We have all heard that Medicare and Social Security will require an overhaul with debts adding up to $50 trillion. What’s to blame for this fiscal mess? Blame prosperity! During the 1950s, about 15 Americans worked for every retired senior. People died much sooner. Over the past 70 years, we’ve enjoyed wonderful inventions and innovations that have pushed up average life expectancy to nearly 80 years. Soon roughly two workers will support each retired senior citizen. And many people are living much longer than average. On Valentine’s Day 2016, the Marriage Encounter organization honored my wife’s grandparents for more than 80 years of marriage!

But there’s a second, more sensitive problem that stems from our prosperity and low birth rate. An older country with lots of retirees needs workers, whether as respiratory therapists in hospitals or waiters in restaurants. This requires an influx of immigrants. But waves of new immigrants can fragment the culture, unless a country has strong cultural and civic institutions. Here’s the paradox: Prosperous nations cannot enjoy their prosperity without becoming multicultural. But if they become multicultural, they struggle to pass on the shared customs and respect for history that bind a nation together. Mid-20th century traditions like American Legion hot dog cookouts, Memorial Day parades and community sing-a-longs sound so corny today.

Radio and television programs used to unite people. My wife’s grandma will tell you that in the 1950s and 1960s everyone tuned into the Ed Sullivan Show and shared the experience of seeing Elvis swivel and the Jackson 5 harmonize for the first time. Until the 1980s, Americans could choose only from a handful of television channels. When President Richard Nixon gave a speech, it was simulcast by all networks and even if you changed the channel, you simply could not get away! Now, with hundreds of television channels and countless websites to choose from, why would anyone feel compelled to listen to his neighbor? It is hard to get a country to “rally around the flag” when everyone stomps off in his or her own direction.

We must address both problems identified above: First, the lack of babies. Second, the splintering culture created by waves of immigration. I propose, among other thing, that young parents receive a tax credit for a second or third child, while automatically depositing the funds into a savings account. I also believe that U.S.-born Americans and immigrants must do more to show their respect for American history and culture. I would place the following requirements on all immigrants, and on all American students applying for a government loan or grant: Get your passport stamped at no fewer than five national historical landmarks or museums. If you cannot bother to visit, for example, the Lincoln Memorial, the Statue of Liberty and the Museum of Tolerance, I suggest you stand on the other side of the border and do not cross.

We need more young people—but young people who care more about whether the nation holds together than whether they’ve racked up more followers on Instagram. 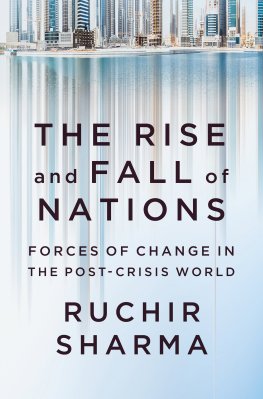 Thanks to Economic Turmoil, Left-Wing Latin American Countries Are Turning Right
Next Up: Editor's Pick