Donald Trump Calls for Hillary Clinton to Be Jailed

Republican presidential candidate Donald Trump hit back at Democratic rival Hillary Clinton on Thursday night, casting as “pathetic” the scathing speech she delivered against him earlier in the day.

“After what she said about me today in her phony speech — that was a phony speech, that was a Donald Trump hit job — I will say this, Hillary Clinton has to go to jail,” he said at a rally in San Jose, California, referring to Clinton’s use of a private email server as secretary of state. “She’s guilty as hell.”

During her speech, Clinton denounced Trump’s ideas as “dangerously incoherent” and called him “temperamentally unfit to hold an office that requires knowledge, stability and immense responsibility.”

At his own rally, Trump returned her criticism of his temperament and lamented the national security speech as boring.

“It was pathetic. It was so sad to watch,” he said. “I think she could make more money if she made speeches and sold them for people that can’t sleep.” 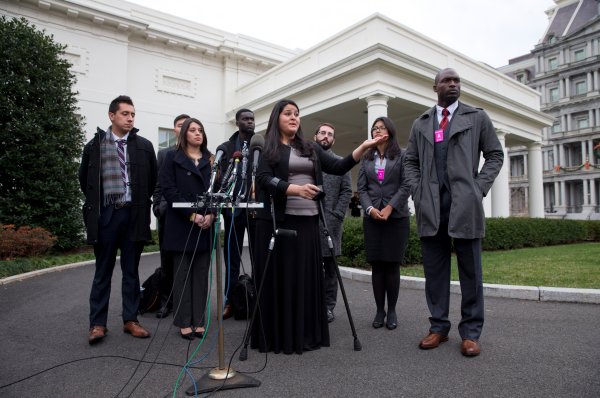 Clinton Slams Trump's Attack on Judge
Next Up: Editor's Pick