The NBA Finals began Thursday night with the Golden State Warriors beating the Cleveland Cavaliers 104–89. To commemorate the occasion, Jimmy Kimmel had some of the bigger names in the league read insults that had been posted about them on Twitter.

The insults were imaginative.

“Does anyone know what Blake Griffin is?” the Los Angeles Clippers power forward read from a phone. “Did Morgan Freeman and Carrot Top impregnate an Amazon?”

Watch the rest above. 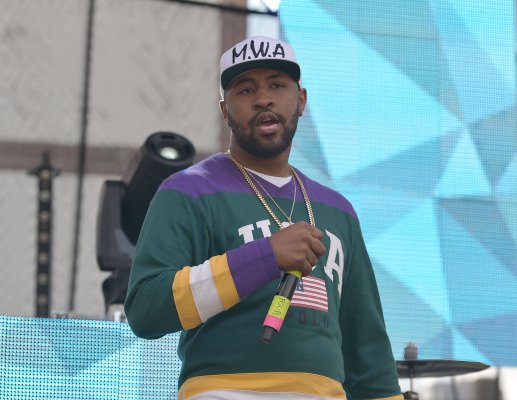 Hear Mike WiLL and Rihanna's New Track 'Nothing Is Promised'
Next Up: Editor's Pick