Chinese tourists take pictures during their visit to the Amman Citadel, an ancient Roman landmark in Amman, on May 23, 2016
Muhammad Hamed—Reuters
By Charlie Campbell / Beijing

Chinese tourists get a bum rap. The resurgent Asian superpower sent around 120 million people abroad last year — the largest cohort in the world — and among that multitude are naturally a few bad apples, swiping life jackets, fighting on planes, and defecating, defecating, defecating.

Even if such behavior is the exception rather than the rule, it clearly does not please the Chinese Communist Party top brass, who this week set out nine sins that are sufficient to get citizens added to the travel “black list.” Being added to the list means a ban on traveling abroad for a lengthy period — anywhere between two and 10 years.

China had already thought necessary to print an etiquette guide for tourists traveling abroad, with helpful hints like “don’t wear a pig T-shirt in Dubai” and “don’t snap your fingers at waiters — that’s for dogs.” But for those newbie Chinese travelers who didn’t get the memo, the shortened must-not-do version is below:

Of course, it’s not just mischief overseas that can get Chinese into trouble — one of the first names blacklisted was 18-year-old Li Wenchun, who was snapped sitting on the head of a Red Army warrior statue in hallowed Maoist turf in northern Shaanxi province.

Still, for some the prospect of being blacklisted is not harsh enough punishment when national pride is at stake. “I think we should put on even more severe punishments, then our people won’t humiliate ourselves in other countries, and foreigners won’t laugh at us,” posted one user of China’s Twitter-like microblog Weibo. “We travel for fun, not for losing face.” 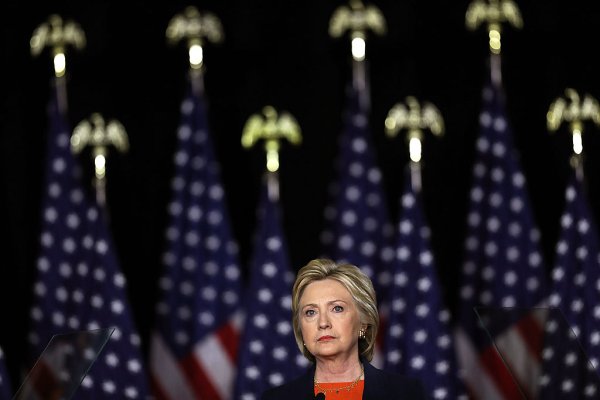 Why Hillary Clinton's Foreign Policy Speech Wasn't the One She Needed to Give
Next Up: Editor's Pick