The Bodies of 85 Refugees Have Washed Up on Libyan Beaches

A member of the Libyan coast guard conducts a daily routine check on one of the patrol boats in Tripoli, Libya, on April 19, 2016
Ismail Zetouni—Reuters
By Nash Jenkins

The bodies of at least 85 people, believed to be refugees who drowned trying to cross the Mediterranean, have washed up on beaches along Libya’s northwestern coast this week, a Red Crescent official said Thursday. The dead appeared to be from sub-Saharan Africa, though it was unclear when they had drowned, reports al-Jazeera.

Two children were among the victims found on beaches near the Libyan city of Zuwara.

The news came just days after the U.N. announced that 880 people had drowned amid a string of Mediterranean shipwrecks. The boats were largely heading from northern Africa to Europe. Libya’s government has struggled to control the outflow of migrants from the country’s shores to Europe, typically aboard unsafe ships. Human smuggling is now so pervasive a phenomenon that it accounts for up to half of northwestern Libya’s gross domestic product, according to E.U. officials. 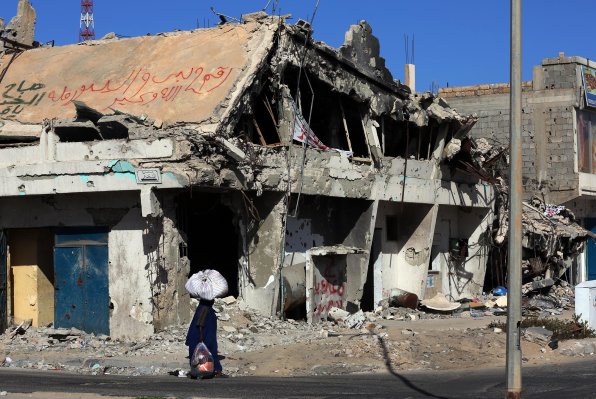