Hillary Clinton delivered a solid, well-crafted foreign policy speech today, and she did it very effectively. But this wasn’t the speech she needed to give.

First, her remarks were intended for the foreign policy establishment, the people who care about foreign policy details and America’s role in the world. These are not the people she needs to reach. She must speak directly to those who feel globalization has stolen their livelihoods and don’t see why Americans must carry heavier and more expensive burdens than others do. Some of those people are persuadable.

Second, she spent too much presenting herself as the plausible alternative to disaster. Her own foreign policy record is not sterling. She was an active secretary of state, but President Obama didn’t deliver his finest foreign policy accomplishments—striking the Iran nuclear deal, lifting the embargo against Cuba, negotiating the Transpacific Partnership—until Clinton had moved on. She deserves credit for helping to bring Iran to the nuclear negotiating table, but it fell to her successor to complete the deal. Her attempt to “reset” relations with Russia was a farce from start to finish. The “pivot to Asia” and agreement on the Transpacific Partnership were her biggest successes, but she has backed away from both while running for president. In short, Clinton is long on foreign policy experience, but short on foreign policy successes.

So it makes sense that Clinton would focus on Trump’s “bizarre rants, personal feuds, and outright lies.” Much of the speech was a collection of the most ridiculous things Trump has said. Some of this was very entertaining. But as she spoke, her campaign website featured a full page ad that reads “We can’t risk a Donald Trump presidency.” It’s way too early for Clinton to present herself as the alternative to a man temperamentally unfit to serve as president. She needs to deliver more. Most of all, she needs to persuade those who don’t care about foreign policy exactly why they should—and how her foreign policy vision can make ordinary Americans safer and more prosperous. 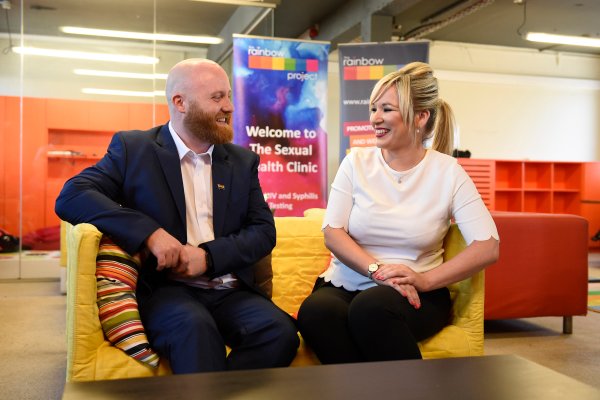