Maximizing Shareholder Value May Have Gone Too Far

Traders work on the floor of the New York Stock Exchange (NYSE) in New York on May 27, 2016.
Michael Nagle—Bloomberg/Getty Images
Ideas
By Peter Atwater
Atwater is the author of Moods and Markets and president of Financial Insyghts.

Talk about prescience. Unknowingly, Wayne forecast the playbook used by business leaders over the past 34 years—one that now defines American capitalism. A Fortune 500 CEO has but one objective: maximize shareholder value, or else.

While maximizing shareholder value is a given today for boards of directors and executives, that goal wasn’t always the case.

In reviewing the origin of today’s shareholder value single-focus, it appears to have been a response—if not an outright backlash—to the turbulence of the late 1960’s and 1970’s. For almost 20 years, the U.S. stock market gyrated wildly, but ultimately went nowhere. Shareholders were whipped around like the tail of a violent dog. Meanwhile, corporate executives and managers were handsomely rewarded. With boards heavily stacked with insiders and salaries and cash bonuses the sole source of executive compensation, there was no linkage between changes in stock price and changes in executive pay. In 1970, for example, stock-based compensation represented less than 1% of CEO remuneration.

Even more, with inflation and oil prices skyrocketing, and Japan aggressively taking market share, U.S. executives could easily identify exogenous factors which generated a gale force headwind to the achievement of business objectives. From Washington to OPEC to Tokyo, someone else—not the American business leader—was to blame for weak sales and poor earnings growth.

In 1976, Michael Jensen and Dean William Meckling of the Simon School of Business at the University of Rochester published a paper in the Journal of Financial Economics which both expressed the collective frustration of shareholders of the time and offered what the authors saw as a superior alternative.

The problem, as Jensen and Meckling saw it, was a misalignment of interests. Former dean of the Rotman School of Management at the University of Toronto, Roger Martin, summarizes their analysis in his book Fixing The Game:

Rather than perpetuating an environment in which shareholders would continue to be blame CEOs for low share prices and inferior performance, Jensen and Meckling felt a far better outcome for all would be to align their interests. Executives should maximize shareholder value and be appropriately enriched for doing so. Conversely, if a company stumbled, shareholders and executives would lose together.

Jensen and Meckling weren’t the only ones expressing this sentiment. Early 1980’s corporate raiders Victor Posner, T. Boone Pickens, Carl Icahn and others were aggressively enforcing the alignment of CEO and shareholder interests.

So, too was the Delaware Chancery Court. In a landmark decision, precipitated by a hostile bid by investor Ron Perelman for the cosmetics company Revlon the Chancery Court dramatically narrowed the factors corporate boards could consider when weighing merger offers. Thanks to the “Revlon Rule” maximizing shareholder value became the most important, if not only, criteria. For incumbent CEOs, a high stock price meant job security.

With changes in compensation strategy aimed at better aligning shareholder and executive interests, high stock prices also meant substantially larger financial reward—especially as companies turned to larger and larger stock awards and stock option grants. Not surprisingly, executives once fearful of the change in alignment not only saw the personal financial benefits, but then sought to maximize them.

Since the 2008 banking crisis, this has been especially the case. Over the past seven years, corporate executives have taken share repurchases, corporate restructurings and “fancy footwork”—“complicated financial machinations that improve [a company’s] financial underpinnings”—to extremes. Aided by central bank-driven record low interest rates and abetted by Wall Street investment bankers, tax consultants, historically liberal accounting for acquisitions, not to mention the reappearance of corporate raiders like Icahn, maximizing shareholder value has morphed from an accepted business norm to a CEO and corporate board obsession. Every revenue, expense and balance sheet line has been targeted for maximization. The result is that despite an anemic economic recovery, corporate profit margins are now at record highs as, too, is the stock market.

Ironically, though, current conditions have fostered a new principal-agent problem. As agents of our national economy, shareholders and executives have failed U.S. voters. Shareholders have feathered their nests at the expense of domestic jobs and higher wages and benefits. Shareholders have gained while everyone else, seemingly, has lost.

Now I recognize that what I just wrote isn’t entirely true, but when it comes to human behavior, we don’t act on facts. We act based on our level of confidence. It is our confidence-driven perceptions of the facts – whether true or not – that matter. And when confidence is weak, “zero sum thinking” takes hold. When we feel bad, we believe that someone else gained at our expense.

In the late 1970’s, the perception was that corporate executives had failed shareholders. Today, we are nearing the tipping point at which shareholders will be blamed for the current plight of middle class American families and communities.

A recent Harvard University survey polled young adults between ages 18 and 29, found that 51% of respondents do not support capitalism. As a Washington Post article on the study highlights, when many millennials use the word “capitalism,” it’s often to complain about “crony capitalism.” In the same way that young voters are rebelling against the political establishment, they are opposed to the current business establishment, too.

That anti-establishment sentiment is running high certainly fits current social mood. Gallup reported in April that economic confidence is especially weak, and more than 60% of Americans believe that the economy is getting worse. While policymakers and business leaders may wish otherwise, today’s economic statistics and stock market indices don’t reflect the average American’s current human condition.

I can easily foresee American voters—on both sides of the aisle—targeting corporate shareholders today. The divide between owners of capital and employees of capital (aka voters) has grown too large.

If history holds, just as we saw coming out of the 1970s, there is likely to be a new business model that arises from this. While it is too soon to know specifically what that model is, it likely will seek to eliminate the current voter-shareholder principal-agent problem. In the best case scenario this could occur through higher corporate taxes and higher domestic wages. The worst case would be some form of socialization/nationalization. The severity of the social mood decline will ultimately determine how voter and shareholder interests are aligned.

Weak social mood re-forms our economic, political and cultural norms. The turbulent 1970s launched an era in which maximizing shareholder value became the norm. If history holds, today’s turbulence will push the pendulum aggressively back in the other direction. 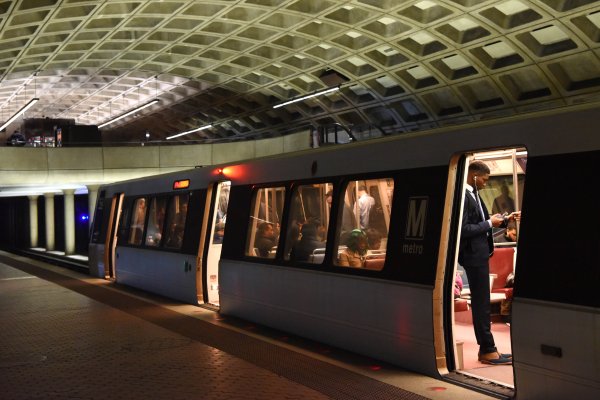 How Technology Can Fix America's Crumbling Infrastructure
Next Up: Editor's Pick