Why America’s Fathers Aren’t Living Up to Expectations

Ideas
By Gary Barker and Elizabeth Weingarten
Barker is CEO of Promundo, an international organization that works to engage men and boys in gender equality, and Weingarten is Director of the Global Gender Parity Initiative at New America

For many American fathers, there’s still a disconnect between what they want, and what they think they can do. They may want to be equal partners, to share the joys and responsibilities of parenting with their partner, but a triple combination of antiquated gender norms, sclerotic workplace culture and lack of family-friendly policies knock that choice off the table.

Promundo recently analyzed the available data on fathers in the U.S. and surveyed about 2,000 respondents for its “State of the America’s Fathers” report.

The good news? Men are doing more in the household, in part because we are now a nation of breadwinners and caregivers. Of the 81% of working parents who are part of a couple or co-residing, more than half (61%) are in dual income households, while only 20% live off of one income. As of 2016, nearly half (48%) of currently partnered American fathers self-identify as their children’s primary caregiver or report sharing that responsibility equally with their partners.

So equality is achieved?

Not quite. Here’s the discouraging news: only 38% of mothers living in a two-parent, heterosexual household report that their husbands or partners are fully sharing the caregiving. More than half (61%) of mothers say they are primarily responsible for childcare, while just 30% report sharing these responsibilities equally. This divergence of perspectives suggests that many men aspire to be equitable caregivers—and many women want them to be—but that policy and culture haven’t caught up.

Policies are one way to accelerate culture change; when implemented properly, they can introduce, encourage and eventually normalize or change behavior. For example, a good paid leave policy can be transformational by exposing parents to an experience that can change the way they think, act and feel about their roles—and eventually, the way they communicate about those roles to others.

Still, policy doesn’t work in a vacuum—especially because the spread of this particular policy has been so uneven. Even though some states, cities and workplaces have adopted paid leave policy, we’ve still got a long way to go. Only about 13% of America’s workforce has access to paid leave, and only about 60% of the nation’s workers have access to unpaid leave. The lack of leave is even more severe for low income families: 95% of low-wage workers do not have the option of taking paid family leave through their employers’ policies for the birth of a child or to care for a seriously ill family member. Shamefully, we are the only upper-income country in the world that offers no paid leave for fathers or mothers.

States like California that offer some paid leave provide strong evidence for its benefits, particularly for the lowest income fathers. But in many cities and states, businesses argue that they can’t afford to pay for paid leave. Our evidence shows that when it’s offered to everyone, it’s affordable—and fair. States and cities that offer leave in the U.S.—along with countries that do so—have found that 16 weeks of fully paid leave can be achieved with a payroll tax of about 1%.

And yet, part of the problem is that even where paid leave policy exists, taking it can be stigmatized. A new father often thinks that if he takes the leave, he may be perceived as less committed to his job. That perception of disapproval has been remarkably resistant to change, said Ellen Galinsky, the president and co-founder of the Families and Work Institute. The institute has been gathering data on workplace culture change around taking paid leave and flexible scheduling since the 90s, including asking employees a simple question: are the employees who take advantage of flexible scheduling less likely to get ahead at this organization? She has consistently found that about 40% of the workforce thinks there would be some flex-use backlash. “You would think with all the discussion and media there would be some movement on that, but it remains completely flatlined,” she said.

Workplaces are just part of the solution for the broader culture change that we need to create an environment where men everywhere, regardless of where they work or their socioeconomic status, feel supported in prioritizing their caregiving responsibilities. We need comprehensive sex education so that boys grow up to see themselves as full reproductive and parenting partners. When pregnancies are planned and wanted by the father and the mother, fathers are more likely to stay involved in the life of the child.

We also need to encourage men to enter the caregiving professions. Men were just 2% of kindergarten or pre-kindergarten teaching jobs according to the latest data—a number that has remained unchanged for 30 years. Furthermore, we need legislation to promote shared custody among the growing percentage of separated families. And we need more support, including a living wage, for the lowest income fathers so they can be the fathers they want to be.

The state of America’s fathers is this: parents in the U.S. are struggling. We are less likely than ever before to live in traditional, two-parent homes. The vast majority are running in place to be both caregivers and providers. Our punitive policies, our mothers-can-do-it-all and our make-it-on-your-own approach simply don’t work. And it’s costing us —in the workplace, in our schools and in our homes. 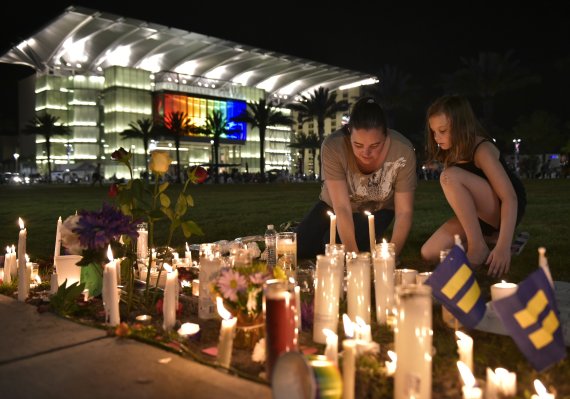 How We Can Help Our Kids Deal With Violence
Next Up: Editor's Pick