How Technology Affects Our Relationship With Nature

A woman takes a selfie atop Glacier Point with a background view of Half Dome at Yosemite National Park Aug. 5, 2015
Frederic J. Brown—AFP/Getty Images
Ideas
By Jordan Fisher Smith
Jordan Fisher Smith is the author of Engineering Eden.

As meltwater from high country snows fills Yosemite Valley with the thunder of its renowned waterfalls, National Park Service firefighters are readying their customary tools for fire season: Pulaskis, half-axe, half mattock implements used to clear fireline by hand, rolls of canvas hose, backpack pumps and notebook computers. Yosemite Chief of Fire Management Kelly Martin takes a notebook along on any fire she goes to, working in a virtual command app known as Wildland Fire Decision Support System linked to satellite data on fire spread and intensity, weather forecasts, maps of previous fires and vegetation types, organization charts and contacts, and real-time reports by line officers.

In a neighboring Yosemite office, wildlife biologist Caitlin Lee-Roney and her team of wildlife technicians are ready for the summer’s skirmishes between bears and campers, with their tranquilizer dart rifles, packs containing veterinary drugs and a laptop on which Lee-Roney can track the GPS collars on problem bears from the sofa at her residence before she goes to bed. When bears show up repeatedly in areas where people are present or act aggressively toward humans, she captures them and fits them with combination radio/GPS collars. Once they’re released, she can attach an electronic proximity detection device to a tree in a campground that can even be programmed to send her a text message if one of the animals comes within a preset range of slumbering park visitors.

What Martin and Lee-Roney do in the course of managing a national park is still pretty hands-on, but with the growing reliance on technology in the natural sciences, particularly in research, something big has happened to the old-time naturalist with his binoculars, notebook and broad-based knowledge of the names and habits of plants and animals: he’s all but extinct. Enough time in the field to wear out your hiking boots has been replaced by enough time in front of a computer screen to wear out your eyes. Graduate students increasingly see nature as teenagers see war in computer games, from above, with the omniscient viewpoint of a satellite.

The benefits are, of course, staggering. Armed with all those digital maps of the complex patchwork of previous fires and vegetation, Martin can exploit, hours ahead of time, the opportunity to get a handle on a fire running toward an area where another recent ignition has cleaned out available fuel, or be forewarned when the previous blaze was long enough ago that the area has grown back in a thicket of flammable brush. Biologist Lee-Roney can see some situations that lead to bear-human conflicts before they happen, as can Alaska Department of Fish and Game biologists monitoring GPS-collared grizzlies that share the suburban fringes of Anchorage with kids on bicycles. In the Arctic, where the effects of climate change are particularly acute, satellite tracking is revealing critical information on creatures that exist in such remote and harsh environments that human senses could never have known them—such as the king eider, a beautiful duck that fitted with tiny GPS tags is revealing its hidden migrations at subzero temperatures in the dark, across polar seas.

But emeritus scientists who watched the transition from direct observation, extensive fieldwork and a broad, descriptive knowledge of nature to computer modeling and molecular biology indoors worry that something important has been lost. “I’m afraid we spend more time in front of the computer than we do in the field,” says Dr. James M. Peek, a professor emeritus at the University of Idaho in his 80s. “We’re increasingly training technicians instead of wildlifers,” he says.

Such was the substance of a warning issued in 1996 by Reed Noss, then editor-in-chief of the journal Conservation Biology, about a growing phenomenon he labeled “keyboard ecology.” “Like most of you reading this journal, I do not get out in the field much anymore,” wrote Noss, today a distinguished professor of conservation biology at the University of Central Florida. “I cannot help feeling uneasy that the middle-aged biologists of today may be the last generation to have … been taught serious natural history. … The naturalists are dying off and have few heirs.”

What may be at risk is not only the nature of information, but human ability itself. In the Marshall Islands, a multidisciplinary team of scientists has been studying “wave piloting,” a traditional skill by which Marshallese sailors navigated out of sight of land by subtle observation of the forms of ocean waves. The practice is believed to be descended from the sort of skills by which ancient mariners settled the Pacific from Southeast Asia to the Solomon and Marshall Islands beginning 60,000 years ago. Today, even the best sailors have GPS devices, and wave piloting is a dying art. In short, as we rely more and more upon technological enhancements of our faculties, a formerly powerful capacity for direct observation and finely-honed senses may wither.

Noss’ warning may have elicited knowing nods from a few colleagues twenty years ago, but it has largely fallen on deaf ears among university administrators in charge of curriculum, he says. “There is unfortunately no broad, concerted effort to reduce this pernicious trend,” he concludes, sadly.

Nevertheless there are bright spots, but largely outside professional science. Natural history observation and field time are very much alive among knowledgeable amateurs such as birders, native plant enthusiasts, cave explorers and tornado trackers. If academics are increasingly stuck in front of their monitors, a movement known as “citizen science” seeks to collect field observations by skilled amateurs of things like the blooming time of certain plants or the return of migrating birds or butterflies, to track the effects of climate change. Conservation organizations are training “river monitors” who travel on foot or by kayak to assay populations of fish and invertebrates and measure turbidity and dissolved oxygen as indicators of stream health.

For now the five senses and battered binoculars are alive and well among amateurs, and after all, it was amateurs—18th century birdwatchers and Victorian ladies and gentlemen with butterfly nets, plant presses and telescopes—who founded the natural sciences in the first place. And whether we are professionals or amateurs, nature will be there in one form or another when we’re ready to turn that thing off, go outside, and look, listen and feel. 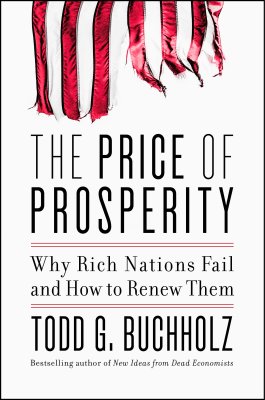 The Real Threat of an Aging Population
Next Up: Editor's Pick