Why Ramadan Starts on a Different Day Every Year

Every year, the world’s 1.7 billion Muslims—roughly a quarter of the global population—celebrate the Islamic holy month of Ramadan, a time for fasting and extra piety to cleanse the soul and come closer to God. Ramadan is a major global event, but just when, exactly, it begins is a matter of some debate.

The month-long holiday is observed principally in Muslim-majority countries in Africa and Asia but also by the believers around the world, including the roughly 3.3 million Muslims living in the U.S. During Ramadan, from sunrise to sunset, observant Muslims (with some exceptions, mostly health related) are forbidden to eat or drink (or smoke, or engage in sexual activity) to purify their thoughts and increase their devotion to God. One of the five pillars of Islam, Ramadan is the month during which Allah is said to have revealed the first verses of the Koran, the Islamic holy book, to the Prophet Muhammad. At sunset each day, the faithful are permitted to break their fast with a meal called iftar, thus ending what can be a grueling stretch of hours without food and water—especially when Ramadan falls during the long days of summer, as it does this year.

Ramadan comes at a different time every year because it is the ninth month of the Islamic calendar, a date-keeping system based on lunar cycles, unlike the Gregorian calendar (the one used by most of the world, including the U.S.), which is based on the solar year. A new month begins with the appearance of the new moon, or the crescent moon, and ends with the next appearance of a new moon.

The month of Ramadan thus moves backwards about 10 days every year relative to the Gregorian calendar.

But even within Islam there is debate over when precisely Ramadan begins, since, according to the faith-community website Pathos, different communities follow different protocol for determining when a new month begins. Some communities follow a set lunar calendar, others use scientific observations to make an official decree about the arrival of a new moon, and still others mark a new month only after the actual sighting of the crescent moon in their community.

Though the exact dates of Ramadan are never uniform around the world, they come pretty close. This year, Ramadan will last from June 5 or 6 to July 4 or 5, depending on where you live and how a given community marks the beginning of the month. 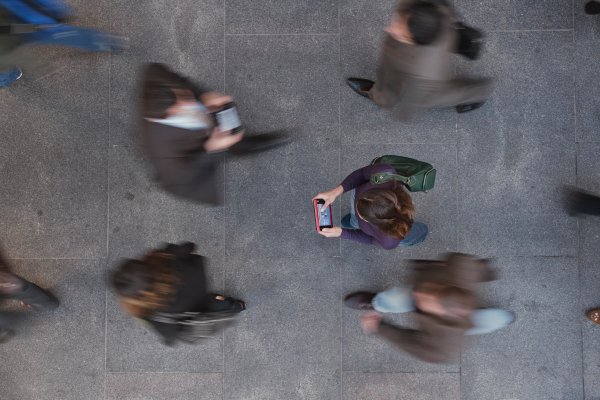