Review: Feed the Beast Will Leave You Hungry

It’s hard to think of a story as often told, and yet so unsatisfying, as that of a restaurant. Sure, restaurants are precarious enterprises, narrowly avoiding failure night after night, but stress is not the same thing as a narrative. Worse still, the catharsis of an ending to any chef story—the perfect meal—is denied (and always will be, until they invent a way to taste food through screens). Anyone who watched Burnt, a movie about Bradley Cooper yelling at his sous-chefs, or Chef, a movie about Jon Favreau watching someone else market a food truck on Twitter, can vouch for this: As we’re subjected to onscreen chefs’ madness but unable to experience its end result, it’s dramatic without being drama.

There are exceptions—Top Chef and various entries on the Food Network hew so closely to process that they create their own rewards. But in general, the ’80s-era truism that “restaurants are the new theater” seems to have been taken to its logical conclusion, forcing food production into a narrative form that doesn’t suit it. The latest example is AMC’s Feed the Beast, premiering June 5. The series is elaborately plated, with elaborate backstory and perhaps one too many past traumas for its characters. But its main ingredient—the story of two men putting their passions for food and drink to use on a restaurant—is unsalvageably stale.

David Schwimmer stars as Tommy, a sommelier mourning the loss of his wife and dealing with a son who’s stopped speaking and who’s having trouble at school. That he is a (barely) functional alcoholic is only surprising in the sense that you’re always startled when things are quite so on-the-nose. His best friend, Dion (Jim Sturgess) has been freed from prison, and pushes Tommy into starting a new restaurant as a means of making things right with the mob; starting the restaurant requires Tommy to get a loan from his mean-spirited father.

This is less a premise than a list of misfortunes, and the first four episodes of Feed the Beast feel as though they’re grasping not just for the right tone but for the show’s very subject. Is this a show about a traumatized father learning to live life as a single parent in the midst of crippling substance dependency? Is it a larky fantasy involving a flamboyant mobster threatening to pull Sturgess’s teeth? Is it a depiction of the logistical challenges of making the Bronx into New York’s new culinary capital? Yes! This is a particularly bizarre show for AMC, whose series tend either towards outlandish fantasy (Preacher, The Walking Dead) or morally rigorous dramas (Mad Men, Breaking Bad). It’s as though the subject of food lends the series either a wish-fulfillment aspect or a loftily artistic one. But food means nothing more than itself.

Still, no other aspect of the show really sticks, so we end up returning to the cuisine. Schwimmer, so brilliant on The People v. O.J. Simpson this year, is given little to do that we haven’t seen before, and struggling against the script, does it all really big. The clichés of depicting addiction on TV (as so many recent prestige dramas have done) feel less committed to than staggered through, so as to get to the more fun clichés of the kitchen.

And Sturgess makes “roguish bad boy” feel underseasoned. You’ll be unsurprised to learn that Sturgess ignites a hot pan with a bottle of liquor, or that he’s very particular about the pans he uses. When the restaurant manager asks him why, exactly, he’s spent so much he’s spent so much on cookware, he feeds her two paellas. “Now, one is made from Tommy’s skillet from Kmart,” he smarms, “and the other one is made from a $700 pan.” One paella gets a mediocre response; the other triggers ecstasy. And we don’t even get to see either—the focus is so tight on characters having a sensory experience we can’t that the paella just looks like a Minion-yellow blob. “I’m calling this a teachable moment,” Sturgess says. I’ll say: If you’re going to rely on tropes that even executed perfectly tend to fall flat, no amount of flair will hide it when you screw up the basics. 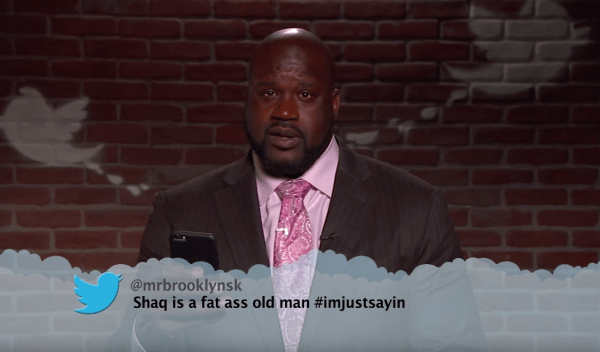 Watch NBA Players Read Mean Tweets About Themselves
Next Up: Editor's Pick