The actor Sir Patrick Stewart recalled his childhood during World War II and the start of the European Union in a piece he wrote for the Guardian arguing against a Brexit.

“Though I am convinced that the stay vote will win the day, nevertheless the fact that so many fellow British citizens want to leave Europe is shocking. Standing alone was how we were in 1940,” Stewart wrote. “Why campaign to put us back there?”

Britain will take to the polls on June 23 to vote on whether to leave or stay in the E.U. Stewart, best known for his role in <i>Star Trek</i>, wrote that Britain should stay, because he saw the country come together after World War II and develop into a stronger nation when it began cooperating with Europe.

“When the European Union came into existence and the U.K. became a member, it was for me a triumph of all those convictions that the future must be one of worldwide cooperation and unity, and here we were paving the way with the beginnings of collaboration across Europe and learning the lessons of our own history.”

Stewart is the latest in a long queue of British celebrities, including Benedict Cumberbatch and Keira Knightley, who have come out against Brexit. 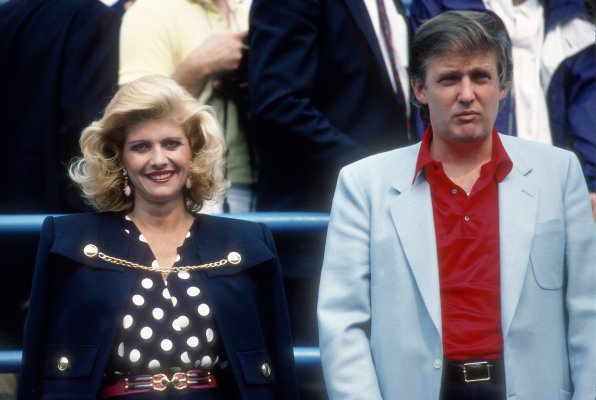 Donald Trump: 'Putting a Wife to Work is a Very Dangerous Thing'
Next Up: Editor's Pick