An elephant at the Mashatu game reserve in Mapungubwe, Botswana on July 26, 2010.
Cameron Spencer—Getty Images
By Justin Worland

Officials announced Thursday a dramatic expansion of restrictions on elephant ivory within the U.S., a move they say will diminish what remains of the trade.

The measure, issued by the U.S. Fish and Wildlife Service (FWS), finalizes a proposal made last year to ban the commercial trade of ivory in most contexts within the country. Previous U.S. regulations have focused largely on preventing the importation of ivory and offered relatively generous allowances to ivory already here. Ivory from elephants that were hunted before the animal was considered endangered and ivory from elephants that died of natural causes were both permitted. The new regulation makes only a few exceptions for genuine antiques and some manufactured items that contain a relatively small amount of ivory.

Many conservationists say that allowing any ivory trade at all created easy cover for traders to claim that their ivory was legal. One 2009 investigation by the FWS led to the seizure of more than a ton of ivory from one Philadelphia art store that had been manipulated to look old enough to meet federal standard.

“Our actions close a major avenue to wildlife traffickers,” said FWS Director Dan Ashe in a statement. “We still have much to do to save this species, but today is a good day for the African elephant.”

The measure comes as concern grows over a decline in African elephant populations largely driven by poaching. Fewer than 500,000 elephants roam Sub-Saharan Africa today and conservationists estimate that poachers have killed as many as 50,000 elephants annually in recent years.

The U.S. ranks as the second largest market for illegal ivory after China. In addition to cutting off the U.S. market, conservationists say the new rule will allow the U.S. to push other countries to take similar actions. “It’s sending a very powerful message globally, that the United States is taking a moral position,” says John Calvelli, executive vice president at Wildlife Conservation Society. “It’s very hard for us to point our fingers at our countries when we ourselves have an issue.” 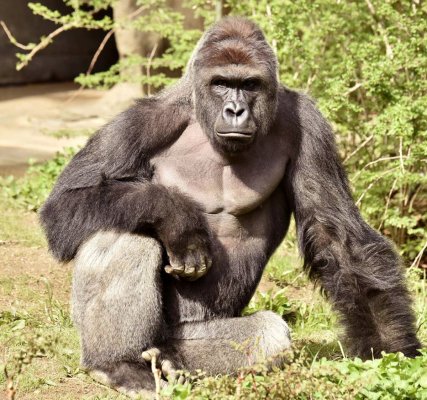