Review: Me Before You Is a Three-Hankie Dose of Charm and Waterworks

Me Before You: a three-hankie dose of charm and waterworks
Warner Bros.
By Stephanie Zacharek

Some tearjerkers are briskly effective at getting the waterworks going, though not in a way that’s lastingly cathartic. Me Before You–adapted by Jojo Moyes from her enormously popular novel and directed by first-timer Thea Sharrock–is that kind of picture, a harmless enough entry in the “adorable mite tames surly masculine beast” romantic-weeper genre, hitting all the right beats with the clink of an expertly struck cowbell.

Game of Thrones’ Emilia Clarke, looking and sounding less like a mother of dragons than the kind of winsome cartoon mouse who uses a polka-dot toadstool for an umbrella, plays Lou, a young Englishwoman who has deferred her dreams of going to college–she needs to work to keep her family afloat. In desperation, she takes a job as caretaker to a man who has recently been paralyzed in an accident. William (The Hunger Games’ Sam Claflin) used to be one of those guys who would “live life to the fullest,” which, in the movie’s terms, means doing manly-man, rich-dude-at-leisure things like performing daredevil waterskiing feats and diving off impossibly high cliffs into the surf below. Now stuck in a wheelchair and essentially a prisoner in the family castle, William is sour and miserable and wishes to die.

Until Lou comes skipping down the lane. At first, William resists her sunny disposition and wardrobe of sweaters adorned with hearts. But her charm assault is formidable, and it’s not long before this former crosspatch is bestowing kooky gifts, like whimsical bumblebee legwear, upon his lady love. In terms of bending men to her will, Lou may not be so far off from Khaleesi after all.

If you can tolerate this much cuteness, Clarke and Claflin may grow on you–their banter becomes less adorably unbearable as the film goes on. And the bittersweet ending of Me Before You may make you cry, even if an hour later you may not remember why. Cheerful and efficient, this is the stripey tights of melodramas. 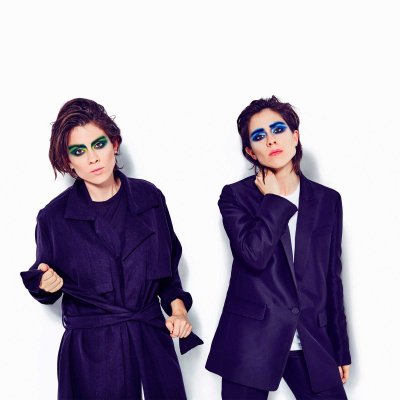