A British Decision to Leave the E.U. Could Leave Its Economy Paralyzed by Uncertainty

After years of waiting, Judgment Day for Britain and the E.U. is almost here. On June 23, voters in the United Kingdom will decide whether their country should remain a member of the E.U. The outcome remains very much in doubt, but we can say with confidence that a vote in favor of “Brexit” would create lasting uncertainty and considerable market turmoil. The volatility could last for years.

Current polling suggests a tight finish. The “Remain” campaign looks to have a lead, but its margins appear to be narrowing, and those who say they’re most likely to vote still favor Brexit. The “Leave” campaign has shifted its message to focus on the high levels of E.U. immigration into the U.K., stoking fears that open cross-border traffic could allow Europe’s migrant crisis and terrorism risks to threaten Britons’ economic and national security. All competitive elections are decided by turnout, and it’s not yet clear whether fear of the potential economic impact of divorce from the world’s largest economic club will trump British anger at European bureaucracy and worry that Europe’s problems will spill into the U.K.

Also unclear is the true economic impact of a potential vote for Brexit. The British Treasury released a report in April that forecast a substantial loss of household wealth over time, along with falling exports, rising prices and a possible recession. The International Monetary Fund and the Bank of England have also warned of the recession risk. But leading advocates of Brexit dismiss these warnings as scaremongering that fails to acknowledge the full economic benefits of a lighter regulatory burden and new trade deals that could follow Britain’s withdrawal. Open Europe, a think tank that has been skeptical of the E.U., has argued that Brexit would create a permanent boost for the British economy. Multiple studies have produced a broad range of estimates, leaving each side to charge the other with bias–and leaving voters wondering if any of these reports can be believed.

We can forecast with confidence, however, that a vote to leave the E.U. would create a period of lasting uncertainty for Britain and its economy. It’s reasonable to assume that the Conservative Prime Minister David Cameron, who has campaigned hard for the Remain side, would be forced to resign. The most obvious replacement would be former London mayor Boris Johnson, the face of the Leave campaign, who once promised to follow the Brexit vote with a referendum in support of a new E.U. treaty that is “fairer” to Britain.

Yet Johnson has gone quiet on this subject. He seems to recognize that European governments have no incentive to reward a departing Britain with a new deal. That would encourage populists in every country in the E.U. to push for their own new agreements–with threats to stage their own exit referendums to boost their leverage. An online poll published last month found that 45% of 6,000-plus respondents in Germany, France, Italy, Belgium, Spain, Sweden, Hungary and Poland want their governments to hold an E.U. membership referendum.

The same logic applies to new trade deals with E.U. member states, which Britain would have to negotiate post-Brexit. That would take years to complete, and other governments would have every incentive to drive exceptionally hard bargains. In the meantime, market uncertainty would sap confidence in Britain’s business and investment environment. Some in Britain’s Leave campaign argue that trade deals with Europe can be replaced with a new agreement with the U.S. That’s unlikely, given the wave of antitrade sentiment across the Atlantic. Both Donald Trump and Bernie Sanders have argued that recent trade deals have killed U.S. jobs, and Hillary Clinton has run for political cover.

Markets like good news and dislike bad news. But they detest uncertainty, because it undermines the confidence of business leaders and investors that they can predict where and when to place their bets. The outcome of Britain’s referendum remains very much in doubt, but it’s easy to predict that a vote to leave would create damaging uncertainties that would reverberate for years to come.

Bremmer’s column is sponsored this week by DHL, which is not involved in the selection of topics or any other aspect of the editorial process 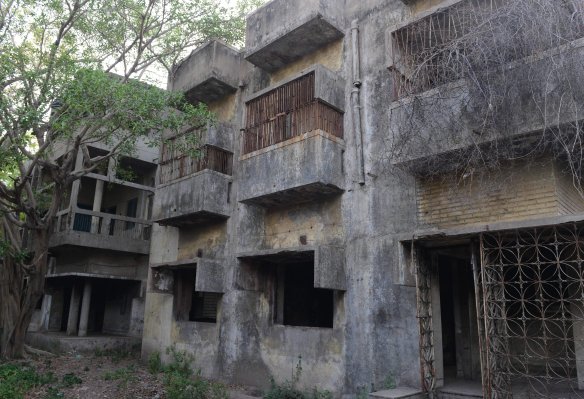 24 Convicted for Massacre During 2002 Gujarat Riots
Next Up: Editor's Pick