Paul Simon is pleased that his new album, Stranger to Stranger, kicks off with a string of wry takes on our new gilded age. In “The Werewolf,” a wealthy Milwaukee man has been murdered by his “fairly decent wife,” and now they’re both out shopping for a “fairly decent afterlife.” Meanwhile, the insatiably privileged are all elbows at a fast-food joint: They “eat all the nuggets/Then they order extra fries.” A reckoning is due, in the form of a hungry beast howling in the hills.

“It’s about the situation that we’re in and what seems to be coming our way,” Simon tells TIME. “One way or another, the werewolf is coming. There’s a line about the ‘ignorance and arrogance in the national debate.’ We’ve been in that debate for years. But it also has the jokes, which I like.” He’s particularly proud of finding a use for a lyric he’d long kept in a notebook: “The fact is most obits are mixed reviews/Life is a lottery/A lot of people lose.”

At 74, Simon is on a creative upswing unmatched by most artists half his age. Stranger to Stranger is the third (and most effective) in a string of albums that represent his best work since 1990’s The Rhythm of the Saints. It is sad, funny, beautiful and endearingly human–qualities that listeners first detected back in 1964 in his first album with Art Garfunkel. Depending on how one divvies up his career’s phases, Simon is amid his fifth or sixth reinvention, yet Stranger to Stranger may be the most essentially “Paul Simon” album to date.

At this point, Simon has so internalized his various incarnations that it sounds completely natural to hear his deadpan vocal delivery underpinned by West African guitars, the staccato thump of flamenco cajón and samples from an Italian DJ named Clap! Clap! Not to mention the occasional layer of hand-built instruments, such as a Chromelodeon and Harmonic Canon, from the collection of atonal composer Harry Partch. The album is neither an experiment nor a huge departure. It is a crystallization that sounds exactly like Simon–and utterly unlike anyone else.

Like a diminishing handful of his septuagenarian pop peers, Simon continues to embrace risks. “I like that mystery–that’s what keeps me writing,” he says. “You’re still always starting with a blank page, and you don’t know how to begin. The mystery is so beguiling. If you get it right, you really get a big rush of dopamine in your brain. Then you’re hooked, and you get it again.”

Much of Simon’s new work touches on exclusion and loss: “Wristband” riffs on a story about a singer locked out of his own show to evoke all people denied access to the good life, and two songs touch upon the trials of a schizophrenic, poetry-writing “street angel.” Even the prettiest songs are laced with pathos. The album concludes with “Insomniac’s Lullaby,” a transcendent waltz-time ballad that recalls the melancholy counterpoint of “Old Friends” or “American Tune.” In a typically droll Simon twist, he reassures us, “We’ll eventually all fall asleep.” He’s also talking about the big sleep, the dirt nap, the deep six–a fate to which his artistry has yet to succumb. 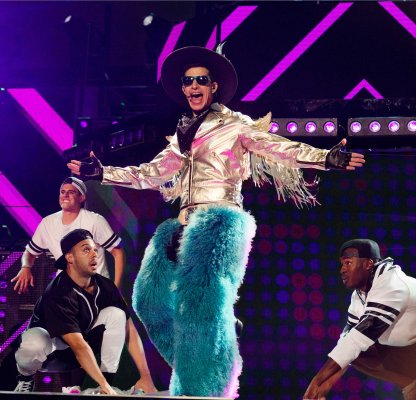