Many people are stymied by the Great Firewall, the filigree of censorship and website obstruction that confines China’s online space. There are factory owners trying desperately to retrieve foreign orders via Gmail. There are students who are blocked from accessing foreign university websites. And there’s anyone who hankers after YouTube, Facebook, Twitter, Tumblr and the thousands of other overseas websites that are banned in China, including TIME.com.

Now, another influential group is raising its voice in frustration: Chinese scholars. At a scientific conference held late last month in Beijing, domestic researchers protested that the nation’s Internet restrictions are harming their ability to innovate. One unnamed Chinese academic told the China Science Daily that “it is very difficult to achieve world-leading results or to be a frontrunner in global scientific research without any knowledge of [other countries’ achievements] and without comparison.”

Read More: The Other Side of the Great Firewall

That’s a big problem, given that at the same academic conference, China’s President Xi Jinping set ambitious targets for Chinese innovation. He urged the nation’s researchers to catapult China into the ranks of the world’s most innovative societies by 2020. By 2049, which will mark a century since the communist People’s Republic was formed, Xi expects China to transform into the world’s leading science and technology power. “Scientists should be allowed to freely explore and test the bold hypotheses they put forward,” Xi told conference participants, according to state media. “Leading scientists should be given more power and liberty to decide upon the direction of their research, and greater management of research funds and resources.”

But how can Chinese researchers fulfill Xi’s directive, given that the Great Firewall blocks everything from online tools like Google Scholar to groundbreaking papers by international peers? “Our nation’s mind is caged,” say Hu Xingdou, an economics professor at the Beijing Institute of Technology. “How is it possible for our nation to have prosperous culture and science? If we can’t access Google or other resources on the Internet, it is impossible for us to have a good vision and an open mind, let alone innovation. That’s why China has few great minds.”

Read More: The Architect of China’s Great Firewall Was Himself Blocked by the Firewall

Because China boasts an online ecosystem vibrant with successful tech firms like Alibaba and Tencent, it can be easy to forget that the Great Firewall looms in the shadows. But try connecting with the online world outside China’s borders and the most sophisticated cyber-censorship network on earth quickly intrudes. Even foreign websites that aren’t blocked load painfully slowly if they are outfitted with widgets for blocked sites like Facebook or Twitter.

For Chinese academics, these blockages — not to mention calls by the nation’s Education Minister to avoid peddling in “western values” on college campuses — can be crippling. “I am one of the complainers because it’s much more difficult now for me to search for international documents,” Cassandra Wang, who studies Chinese IT innovation at Zhejiang University in eastern China, told TIME last year. “We cannot just be innovative by ourselves. We need to establish a global network. Otherwise, we are locked in and cannot get anything useful from research spilling over borders.”

While Wang acknowledges that certain Chinese tech companies have nurtured creativity, she also worries that China’s Internet restrictions discourage the kind of revolutionary thinking needed to push the nation to the forefront of global innovation. A domestic search engine like Baidu, for instance, is shielded from having to contend with a world-beating company like Google, “At some level, competition stimulates innovation,” she says. “If you simply block the competition, this is not the right way for China to be innovative.” 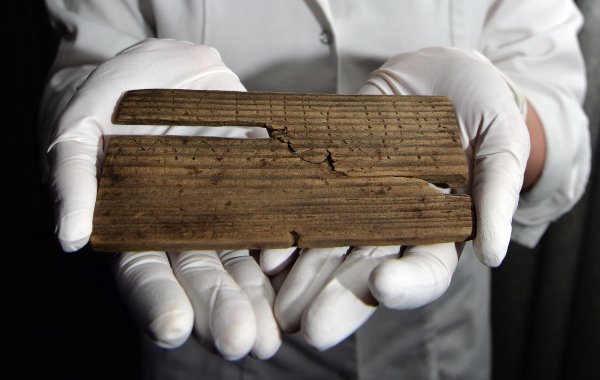 Britian's Oldest Writing Discovered on Tablets in London
Next Up: Editor's Pick