Twitter caused controversy Tuesday when it suspended, then — following a spate of online outrage — reinstated several parody accounts that poke fun at senior officials in the Russian government.

The most prominent of the accounts targeted by the social media site was @DarthPutinKGB, a spoof of Russia’s President Vladimir Putin that currently has more than 62,000 followers, the BBC reported. Four other accounts, including a parody of the country’s Foreign Minister Sergei Lavrov (@SovietSergey) and of Russian Ambassador to the U.K. Alexander Yakovenko (@AmbYakovenkoNot) were also temporarily taken down.

Several users criticized Twitter for seemingly bowing to pressure from Russian authorities, with many using the hashtag #NoGulagForDarthPutinKGB

“I think they cannot take being laughed at,” the user behind the @DarthPutinKGB account told the Moscow Times, adding that he believed the suspensions stemmed from an incident in late May, where a tweet from @SovietSergey was accidentally reported by Euronews as having come from Lavrov himself.

The requirements state that:

a) The bio should indicate that the user is not affiliated with the account subject by stating a word such as “parody,” “fake,” “fan,” or “commentary,” and be done so in a way that would be understood by the intended audience.

b) The name should not be the exact name of the account subject without some other distinguishing word, such as “not,” “fake,” or “fan,” and be done so in a way that would be understood by the intended audience.

All the profiles in question appear to satisfy these criteria, leaving many to question why they were removed.

A spokesman for the Russian embassy in Washington, D.C., told RFE/RL that they had no knowledge of Russian officials contacting the social network’s support staff.

“The embassy certainly did not get in touch with Twitter,” he said.

The accounts had all been reinstated by Wednesday, and @DarthPutinKGB is back to business as usual — with a new punchline: “@mfa_russia had me suspended as they sound more like a parody than I do.” 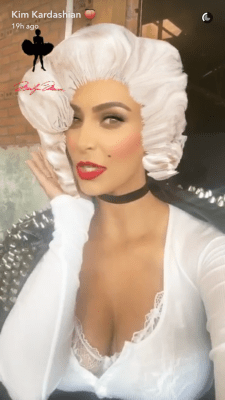 Snapchat Adds a Marilyn Monroe Filter for Your Perfect Bombshell Selfie
Next Up: Editor's Pick