Majority of users don't think Uber should be regulated like a taxi.
Nicolas Maeterlinck—AFP/Getty Images
By Kevin Kelleher

World domination is expensive. As Uber has pushed its ride-sharing business into 460 cities in 69 countries (and counting), the company has developed an insatiable appetite for new capital. Now, in the largest single investment ever made in a private company, Uber says it’s raised another $3.5 billion from Saudi Arabia’s Public Investment Fund.

In the past two years alone, Uber has raised $13.8 billion in private rounds, mostly venture capital and private equity but also convertible debt. Most tech companies have gone public long before they’ve reached Uber’s $62.5 billion valuation, but Uber has stubbornly remained private. In effect, Uber has accomplished a slow-motion IPO without ever approaching the public stock market. Only two tech IPOs have raised more money: Alibaba with $21.7 billion and Facebook with $16 billion.

The investment from Saudi Arabia’s sovereign fund is the latest and largest part of an investment round that has raised money from Baidu, China’s search giant, as well as other Chinese investors. It follows news that Didi Chuxing, a rival service that has proven to be a formidable competitor to Uber in China, received a $1 billion investment from Apple, an unusually large sum from a company that rarely makes such deals. Didi also counts Alibaba and Tencent among its shareholders, giving it a stable of powerful allies in its home market.

While some of Uber’s new $3.5 billion will likely to go expand its presence in the Middle East—where it is already active in 15 cities—much of it could end up financing its expansion into China and India. Ola has emerged as a strong and aggressively expanding contender in India’s nascent ride-sharing market. But it’s in China where Uber is being forced to expand its presence fast or else lose out to Didi, which already dominates there.

Uber confirmed in February that it is losing $1 billion a year in China. It’s also invested at least $1 billion in India since last summer. The company claims it’s already profitable in the U.S. and Canada, but the aggressive expansion into large, emerging markets where there are already successful incumbents–an underdog scenario it never faced in its home country–is creating a ravenous hunger for capital. Not to mention other initiatives such as UberEats and the fleet of self-driving cars the company is developing.

All of this puts Uber in an interesting position. On the one hand, its market valuation is that of a large, blue-chip company. At $62.5 billion, the company is worth more than either Ford ($52 billion) or General Motors ($46 billion). On the other hand, unlike a legacy manufacturer, Uber is spending like it’s a much smaller startup, investing as quickly as possible to gain as much share as it can of a market it pioneered.

Sometimes, as with Amazon and Netflix, this aggressive investment in growth works. Other times, as with Groupon, it doesn’t end well. The biggest risk facing Uber in its global expansion is that the investments may not be fruitful going up against established and well-funded competitors like it faces in China and India. The same playbook makes you the market leader in one country can leave you a reckless spendthrift in another.

Uber is a company that has shown time and again it will do whatever it takes to reach its goals, an approach that has brought growth but also landed it in more than its share of controversies. Investors will stomach controversies as long as a company delivers on returns. With each new round, though, Uber ratchets up the expectations surrounding those returns. And Uber’s investment rounds are not only growing more numerous, they are growing larger in size.

That leaves Uber in a risky, rinse-and-repeat cycle. To return money to investors, it must grow. To grow, it must invest aggressively. To invest aggressively, it needs more money from investors. For now, investors have faith that Uber will indeed meet its goals. But as a rule, the longer these cycles go on, the more they make investors uncomfortable. 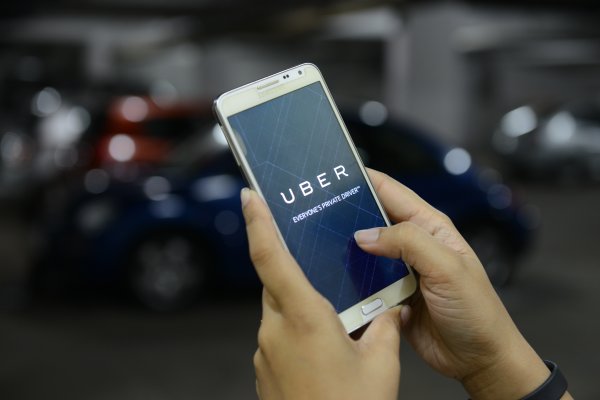 Uber Raises $3.5 Billion in Funding From Saudi Arabia
Next Up: Editor's Pick