American soldiers, their feet in water, land on a Normandy beach on June 6, 1944.
Keystone-France—Gamma-Keystone/Getty Images
By Katie Reilly

June 6 marks the anniversary of the allied invasion of Normandy during World War II, more commonly known as D-Day. To commemorate the anniversary, here are five essential TIME stories about the invasion:

A diplomatic endeavor: A 2014 story marking the 70th anniversary of the Battle of Normandy examined the diplomatic negotiations between Winston Churchill, Franklin Roosevelt and Joseph Stalin that preceded the D-Day victory.

Early reports: The first issue of TIME after D-Day—published on June 12, 1944—included several stories about the invasion, one of which focused on how Americans reacted to early news that the “greatest military undertaking in history” had launched.

Strategy and chaos: A TIME cover story published on May 28, 1984, ahead of the 40th anniversary of the invasion, detailed the myriad dangers that Allied troops encountered by land, sea and air. The story also examined the German errors that affected the outcome of the military operation.

An iconic photo: Robert Capa was one of only four American photographers credentialed to land on the beaches of Normandy alongside American troops. This story and video detail how Capa captured an iconic photo of a soldier in the water at Normandy and then helped bring him to shore, all while preserving his film. Capa’s is some of the only film from that day that survived.

Historical context: In 2014, historian Douglas Brinkley looked back on the invasion and its unique role in history: 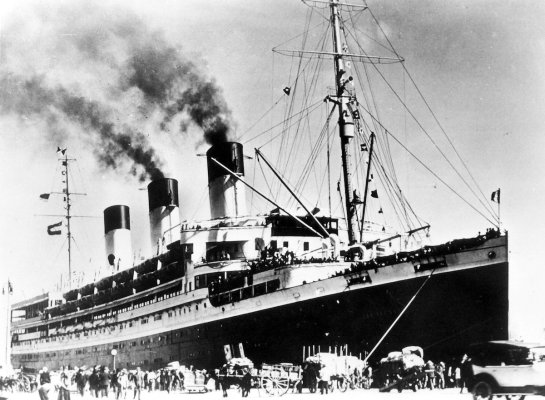 The Strange, Forgotten Story of the 'Nazi Titanic'
Next Up: Editor's Pick