California Is Raising Its Tobacco-Buying Age to 21. That's Not Actually So High

Various packs of cigarettes are shown on a shelf at a Safeway store November 20, 2002 on Capitol Hill in Washington, D.C.
Getty Images
By Lily Rothman

On Thursday, the age at which tobacco products may be purchased in California will increase, to 21. The state’s governor, Jerry Brown, signed the bill in May, bringing California into line with Hawaii as the states with the most restrictive statewide tobacco-buying ages.

But, looking back at the history of tobacco sales in the United States, it’s clear that the idea that 18 is an appropriate age for a person to be able to buy cigarettes—or that 21 is a particularly high barrier—is a relatively new one.

In a comprehensive paper published recently in the American Journal of Public Health, Dorie E. Apollonio and Stanton A. Glantz take a look back at age restrictions on American tobacco sales, going all the way to 1863. As they discovered, age restrictions on buying cigarettes and other tobacco products are older than the average person might think, especially considering that the landmark Surgeon General’s warning on the dangers of smoking only dates to 1964. And within that early history of minimum ages, there are plenty of examples of 21-and-over laws.

Apollonio and Glantz start their survey in the 1880s, when New Jersey banned tobacco from being sold to anyone under 16, with New York, Connecticut, Michigan and Oregon all following suit that decade. During the rise of the anti-alcohol temperance movement, cigarettes were a natural target for reform. And it wasn’t just a matter of teetotalism. Around the turn of the century, children were picking up the habit at shockingly young ages, even to people back then. Though pipes or other tobacco products were an enduring part of American culture, as Cassandra Tate explains in her book Cigarette Wars, cigarettes—sold individually, cheaply enough to be purchased with pocket money—were seen as a danger to young children, prompting the New York Times to editorialize in 1905 that they had “an appalling hold on American youth beyond anything which the public at large had dreamed of.” (Tate notes that, not coincidentally, the turn of the century was also the era that saw the growth of the modern idea of childhood, that there’s a period during which an innocent young person must be protected.)

In fact, around the turn of the century more than a dozen states flat-out banned cigarettes. “By the end of 1920, all but 2 states had enacted some kind of age limit on cigarette sales, and at least 14 had set an age limit of 21 years,” Apollonio and Glantz write.

It was only around World War I that cigarette manufacturers were successful in fighting back, conveying the idea—something still heard today in arguments over California’s new law—that a man who could fight should be able to smoke too, and moreover that cigarettes were essential to the American soldier’s morale. In the years that between that war and the end of World War II, many states dropped their age limits. Cigarettes were actively marketed to younger people, they were largely socially acceptable and, as Apollonio and Glantz report, by the 1960s the tobacco industry had decided that 18 was a reasonable limit to fight to maintain.

States that tried to get them back up around 21 (like Massachusetts and Oregon in 1963) were unsuccessful. In 1985, when the American Medical Association proposed a national 21-and-over rule, that didn’t go anywhere either.

The 18-for-tobacco idea was, by then, stuck—or at least it seemed that way. Today, things might be changing. 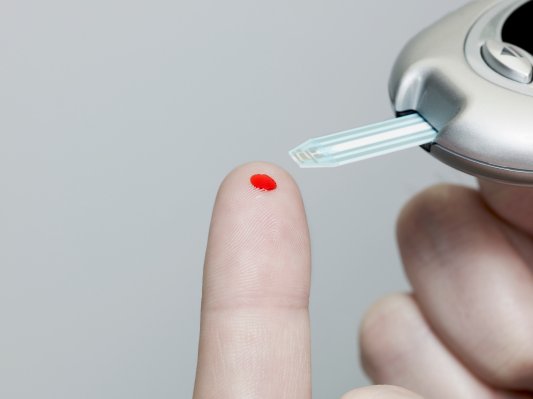 Overtreating Diabetes Can Have Serious Consequences, Experts Warn
Next Up: Editor's Pick