Theranos on Wednesday disputed a Forbes report that lowered the net worth estimate of the company’s CEO from $4.5 billion to nothing.

Elizabeth Holmes, who founded the blood-testing startup in 2003, last year ranked at the top of the business magazine’s list of America’s Richest Self-Made Women. Forbes reduced her estimated value on Wednesday to zero amid a federal investigation over its proprietary method and whether the company’s tests are accurate.

“Our estimate of Holmes’ wealth is based entirely on her 50% stake in Theranos,” Forbes wrote. “FORBES spoke to a dozen venture capitalists, analysts and industry experts and concluded that a more realistic value for Theranos is $800 million, rather than $9 billion. At such a low valuation, Holmes’ stake is essentially worth nothing.”

Theranos fired back in a statement, saying Forbes’ estimate was skewed because it did not have essential data. “As a privately held company, we declined to share confidential information with Forbes. As a result, the article was based exclusively on speculation and press reports,” Theranos spokeswoman Brooke Buchanan said in a statement to TIME.

Theranos was created with the goal of making it possible to conduct lab tests with just a few drops of blood, allowing patients to use a simple finger prick rather than a long syringe.

In April, the company said it’s under investigation by the U.S. Securities and Exchange Commission and the U.S. Attorney’s Office for the Northern District of California. It had also been probed by the Food and Drug Administration, the Centers for Medicare and Medicaid Services and two state health departments. 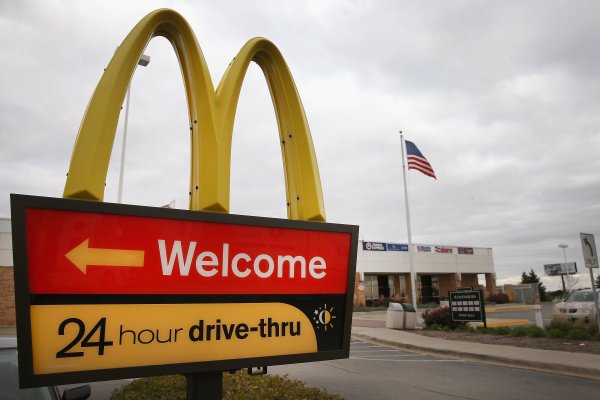 A Blind Man Is Suing McDonald's for Refusing Him Drive-Thru Service
Next Up: Editor's Pick