The New York-based shoe and bag brand Mansur Gavriel announced Tuesday that transgender model, actress and activist Hari Nef would be the face of its new campaign.

Nef, who is 23, became the first American transgender woman to sign with IMG after she graduated from Columbia last May, The Cut reports, and she appeared on the second season of Amazon TV series Transparent. She has also walked the runway for brands like Gucci, Hood by Air and H&M.

“We think Hari is very beautiful, and were excited to shoot her,” designers Rachel Mansur and Floriana Gavriel said in a statement. “She is real and has great energy.”

The move also marks a departure from Mansur Gavriel’s usual strategy of shooting its products with either faceless models or with animals.

The campaign is scheduled to go live around New York City in mid-June. Get a sneak peek of some of the images from it and read more about the campaign over at Fashionista. 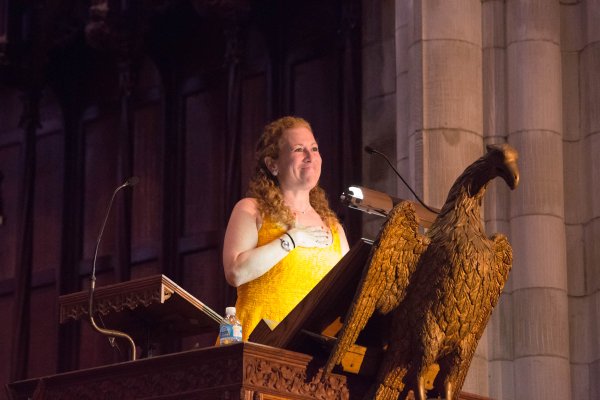 Writer Jodi Picoult to Princeton Grads: 'You Don't Know What You're Capable of Until You're Told No'
Next Up: Editor's Pick