How Islam Is Different From Other Religions

St. Martin's Press
Ideas
By Shadi Hamid
Shadi Hamid is a senior fellow at the Brookings Institution and the author of Islamic Exceptionalism: How the Struggle Over Islam is Reshaping the World.

We want to believe we’re all basically the same and want the same things, but what if we’re not?

Islam, in both theory and practice, is “exceptional” in how it relates to politics. Because of its outsize role in law and governance, Islam has been—and will continue to be—resistant to secularization.

I am a bit uncomfortable making this claim, especially now with anti-Muslim bigotry on the rise. But “Islamic exceptionalism” is neither good nor bad. It just is, and we need to understand and respect it, even if it runs counter to our own hopes and preferences.

Two factors worth emphasizing: First, the “founding moment” of Islam looms large. Unlike Jesus Christ, the Prophet Muhammad was a theologian, a preacher, a warrior and a politician, all at once. He was also the leader and builder of a new state, capturing, holding and governing new territory. Religious and political functions, at least for the believer, were no accident. They were meant to be intertwined in the leadership of one man.

Second, more than merely the word of God, for Muslims, the Quran is God’s direct and literal speech. It is difficult to overstate the centrality of divine authorship. This does not mean Muslims are literalists; most are not. But it does mean the text cannot easily be dismissed as irrelevant.

Of course, Muslims are not bound to their “founding moment,” but they can’t fully escape it, either. In an ideal world, we might wish that secular Muslims win the war of ideas, but it is difficult to see how this might happen. If Islam is fundamentally different than Christianity, then there is little reason to think it will (or even should) follow a similar path of a reformation then enlightenment.

What does this mean for everyone else? It means Western observers need to do something uncomfortable and difficult. They will need to accept Islam’s vital and varied role in politics and formulate policies with that in mind, rather than hoping for secularizing outcomes that are unlikely anytime soon, if ever. 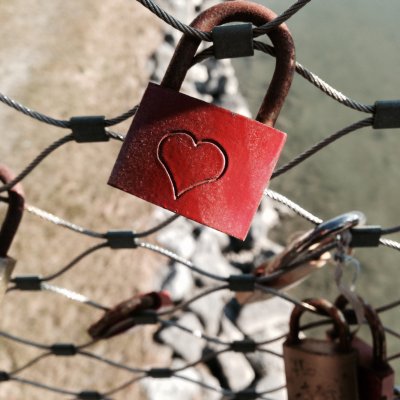 How Romantic Ideas Destroy Your Chance at Love
Next Up: Editor's Pick