Actress Amber Heard, the estranged wife of Hollywood star Johnny Depp, is accusing her husband of domestic violence amid a bitter divorce battle.

The Zombieland actress appeared in Los Angeles Superior Court with a bruised face last Friday, when she was granted a temporary restraining order against Depp. Her lawyers say the actress received the bruises during a fight at home with the Oscar-nominated actor, and that Heard has “suffered through years of physical and psychological abuse” at the hands of her husband. Depp has not commented publicly, but his lawyers have argued that Heard is “attempting to secure a premature financial resolution by alleging abuse.” This week’s People cover story includes new photos of Heard’s face after the alleged assault.

Here’s what to know about the dispute.

Heard says Depp threw a cell phone at her face, hitting her cheek and right eye during an attack at their Hollywood home on May 21, according to the Associated Press, which cited her sworn declaration in court. She also said her husband was drunk and high when he allegedly pulled her hair, screamed at her and repeatedly hit her and violently grabbed her face during the incident.

Heard and her lawyers say the incident is one of many, and that she was subjected to “excessive” emotional, verbal and physical abuse during the “entirety” of the couple’s 15-month marriage. The alleged abuse, Heard said, included “angry, hostile, humiliating and threatening assaults to me whenever I questioned his authority or disagreed with him.”

“I live in fear that Johnny will return to [our house] unannounced to terrorize me, physically and emotionally,” she added.

Depp’s representative has publicly commented on their divorce but not the abuse allegations. “Given the brevity of this marriage and the most recent and tragic loss of his mother, Johnny will not respond to any of the salacious false stories, gossip, misinformation and lies about his personal life,” a representative said in a May 26 statement, after news broke of their impending divorce, but before her abuse allegations became public. “Hopefully the dissolution of this short marriage will be resolved quickly.”

Heard’s lead attorney Samantha Spector and her co-counsel Joseph Koenig said in a joint statement that Heard’s actions are not motivated by money. “Amber is a brave and financially independent woman who is showing the courage of her convictions by doing the right thing against Johnny’s relentless army of lawyers and surrogate,” the statement said. “Amber is the victim. Amber is a hero.”

The couple met on set while they were shooting the 2011 film The Rum Diary, People reports. Heard, now 30, and Depp, 52, tied the knot in February 2015, the magazine reports in its new cover story. The two made headlines in April when they both appeared in an apology video filmed for the government of Australia. Heard faced criminal charges there after flying the couple’s two dogs into the country without proper permission. Australia ended up dropping charges of illegal importation after Heard pleaded guilty to improperly bringing the animals into the country. Heard filed for divorce on May 23, citing irreconcilable differences, her legal team told TIME. The filing came two days after the alleged abuse incident. 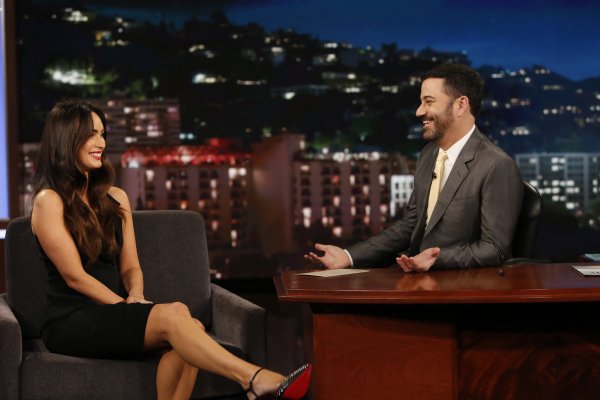 Megan Fox Says Her Unborn Child Told Her to Move
Next Up: Editor's Pick