America's Anger Is Out of Control

The easiest thing you’ll do all day is get ticked off at something. Someone cuts ahead of you in traffic? Ticked off. Guy in front of you at Starbucks needs his entire order remade because his mocha half-caf, double frap had the wrong frigging number of espresso shots in it even though you know full well nobody can taste the bloody difference? Exceedingly ticked off.

We’re all that way—and that’s a problem. Anger is the lazy person’s emotion. It’s quick, it’s binary, it’s delicious. And more and more, we’re gorging on it.

By now it’s hardly news that we are in the middle of what has been relentlessly dubbed the anger election. Bernie Sanders’ supporters are mad. Donald Trump’s supporters are really mad. The electorate as a whole is mad to the tune of nearly eighty percent of us saying we are dissatisfied or angry with the way the government is operating.

That can get ugly: happy voters don’t rush the stage or threaten the party chair the way Sanders supporters did in a Nevada state convention. Happy voters don’t beat up protesters—a pox populi that has become increasingly common at Trump rallies. And happy voters don’t cause city officials in both Philadelphia and Cleveland, the sites of the Democratic and Republican conventions, to brace for potential street violence in a way they haven’t had to since the days of rage in 1968—the danger exacerbated in no small part by the presumptive GOP nominee foghorning that there would be “riots” if he was denied his party’s nod.

But give the angry voters this: at least they’re ticked off about things that matter—income inequality, the environment, wage stagnation, student loans. The Founding Fathers might not have recommended throwing chairs as the best way to reach mature resolution on such pressing national issues, but they’re issues that count all the same.

Something similar, if not quite as sweeping, is true for outrage. You expect to get a Google hit for “activists outraged,” or “conservatives outraged” or “party regulars outraged.”

But there’s also “vegans outraged,” in this case over the owners of a chain of plant-based restaurants who have taken to eating meat—on their own farm and their own time. There’s “dancers outraged,” about a clothing ad in which a performer who portrays a dancer isn’t really a dancer—making it the first ad in history that wasn’t 100% honest. There’s “gardeners outraged” and “fishermen outraged,” and, yes, “knitters outraged” (something about the U.S. Olympic Committee not letting them use the term “knitters’ olympics,” but these people do have needles, so in this case maybe we should pay attention.)

Some of the causes of the anger are legitimate; the gardeners, for example, are chaffed over a lovingly tended community garden that was bulldozed by a developer. Still, there’s something to be said for adjusting the rage to fit the provocation. If every offensive, unjust or insulting incident turns into a jolt of high-fructose fury mainlined straight to the brain’s amygdala, what’s left when there’s a truly right and righteous reason to rise up in anger? And those important moments do occur.

“If I wish to compose or write or pray or preach well, I must be angry,” Martin Luther King once said. “Then all the blood in my veins is stirred, and my understanding is sharpened.”

After the September 11 attacks, TIME’s Lance Morrow wrote a powerful essay titled, “The Case for Rage and Retribution,” in which he argued: “For once let’s have no fatuous rhetoric about ‘healing.’ A day cannot live in infamy without the nourishment of rage. Let’s have rage. What’s needed is a unified, unifying, Pearl Harbor sort of purple American fury—a ruthless indignation that doesn’t leak away in a week or two…”

It was cold, it was bracing and coming when it did—Morrow wrote on September 12—it was thrilling, precisely what the moment called for. But a bulldozed garden is not 9/11 and knitters aren’t Martin Luther King.

No less a symbol of that awful 1968 political season than Lyndon Johnson used to favor the Biblical quote, “Come, let us reason together.” Johnson himself failed in the end, and so did the entire country in that bleeding year, generations ago. We paid a steep price for our rage back then, and if we’re not careful, we’ll pay it again. 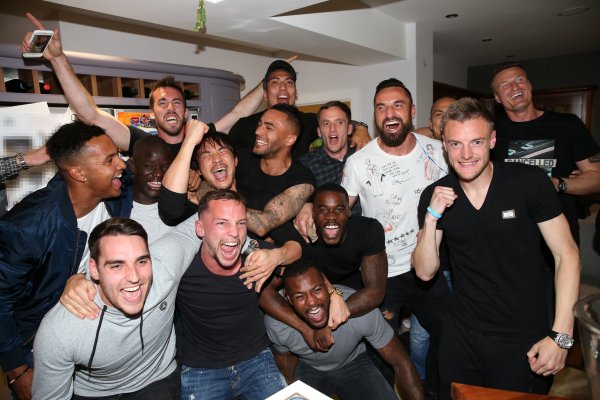 The Scientific Reason Men Like Sports More Than Women
Next Up: Editor's Pick