One of the most difficult aspects of policing domestic violence—and reporting on it—is that it is almost always hidden from view. Allegations of abuse, especially in an era of trial by social media, can be stigmatizing for both parties, and all too often the result is no more than a he-said-she-said stalemate. Amber Heard’s claims that she was physically abused by her husband, Johnny Depp, are only the latest high-profile example of this. (“Johnny will not respond to any of the salacious false stories, gossip, misinformation and lies about his personal life,” a representative for the actor said on May 26. In court documents related to Heard’s divorce petition, Depp’s attorney said Heard is “attempting to secure a premature financial resolution by alleging abuse.”) What this case shares with so many of those brought by women and men without a paparazzi following is the absence of hard proof. Rarely is there documentation of the alleged act.

Donna Ferrato was the first photographer to document domestic violence in the moment, capturing the abuse as it happened. Her photographs of “Garth” beating “Lisa” in their suburban New Jersey home in 1982 inspired a years-long project to photograph acts of violence that are among the most common and the least well-documented. She ultimately published these images in her 1991 book, Living with the Enemy; three years later, in 1994, Congress passed the Violence Against Women Act. In this TIME Red Border Film, Ferrato shares her incredible story and “Lisa” reveals, for the first time, her and her late ex-husband’s real names and long struggle. 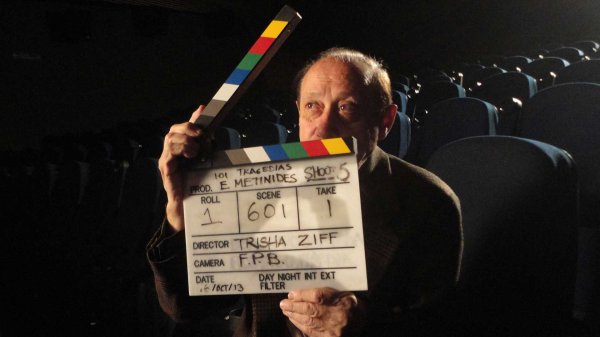 The Life of Mexico's Premiere Crime Photographer
Next Up: Editor's Pick