These Are the New Diverse Emojis Coming to Facebook Messenger

Facebook is rolling out new emojis for its Messenger platform that will offer more diverse options, including multiple skin tone choices and more female-centric images. The new icons will be available starting Thursday.

The announcement comes less than a month after several Google employees proposed an updated set of emojis meant to better represent gender diversity in the workplace.

Messenger users will be able to select a skin tone and set it as a preference, or choose to send an emoji in that skin tone one time only. Facebook’s new selection of redesigned symbols also includes a redheaded emoji, which has been notably absent from other platforms.

“We’re diversifying the genders to create a more balanced mix that’s more representative of our world,” Facebook wrote in a blog post announcing the new emojis.

The symbols will also be standardized in Messenger across platforms so that they look the same regardless of whether you’re using Android, iPhone, or a desktop computer.

Diversity is relatively new to the emoji world. Apple last year introduced an iPhone update with new emojis that let users choose from different skin tones. But some believe we remain a long way from a fully representative set of emojis. There still aren’t any emojis with afros or beards, as The Guardian points out. The female-themed emojis built into most phone keyboards show dancers in dresses, while male icons are shown surfing or swimming.

Emojis approved by Unicode Consortium, the nonprofit organization that decides the standard emoji set available for software makers, can take months to become publicly available. Facebook’s forthcoming gender diverse emojis are new takes on existing ones, like the runner, pedestrian, swimmer, surfer and police officer symbols. Unicode standards don’t strictly define a gender for those emojis, so Facebook has redesigned them to be more diverse. 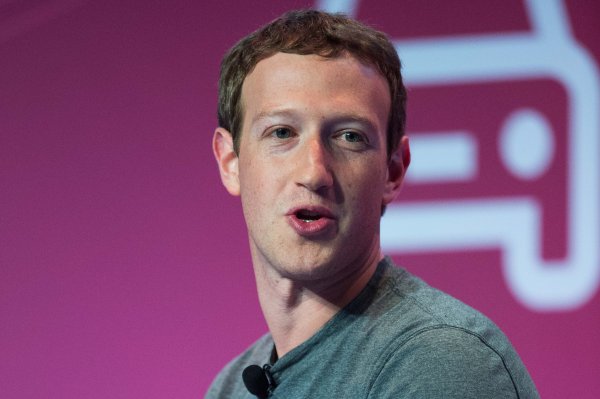 Mark Zuckerberg Calls Facebook 'Platform for All Ideas' After Meeting With Conservatives
Next Up: Editor's Pick