Duterte Says Journalists in the Philippines Are 'Not Exempted From Assassination'

Rodrigo Duterte has warned journalists in the Philippines that they are legitimate targets for assassination if they do wrong, in the President-elect’s latest controversial comments ahead of being sworn into office later this month.

Duterte was asked during a press conference Tuesday how he would address the country’s high murder rate for journalists, reports Agence France-Presse. “Just because you’re a journalist you are not exempted from assassination, if you’re a son of a bitch,” he replied.

The Philippines is considered one of the world’s most dangerous countries for journalists and, according to the Committee to Protect Journalists, at least 75 reporters have been murdered in the country since 1992, many while investigating official corruption.

The new leader’s apparent explanation is that many of the country’s reporters are themselves corrupt. “Most of those killed, to be frank, have done something. You won’t be killed if you don’t do anything wrong,” he said.

Meanwhile, the Davao City mayor, who won a May 9 election on vowing to crack down on crime across the Philippines, has also given an indication that he intends to ensure the Southeast Asian nation is not over-reliant on its long-term ally the U.S.

Duterte said the country under his watch would be “charting a course of our own” regarding the South China Sea, Reuters reports. The Philippines is one of several countries in the region locked in protracted territorial disputes with China.

“It will not be dependent on America,” Duterte said of his approach to the maritime row. “And it will be a line that is not intended to please anybody but the Filipino interest.” 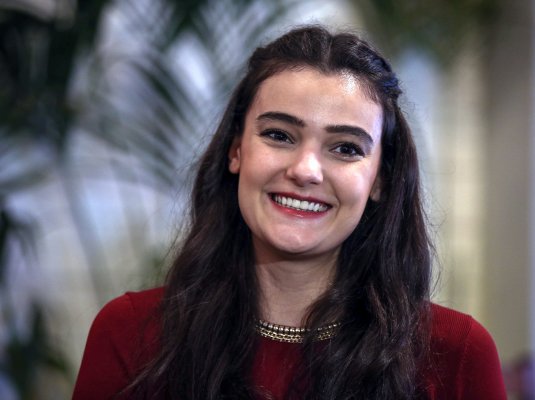 Ex-Miss Turkey Guilty of Insulting Erdogan in Satirical Post
Next Up: Editor's Pick