Trump University Targeted Students Who 'Hurt' and Had 'Problems'

Trump University documents made public Tuesday reveal a moneymaking scheme that was indifferent to the financial concerns of its students.

One document providing training and sales tips for Trump University employees says, “Money is never a reason for not enrolling in Trump University; if they really believe in you and your product, they will find the money. You are not doing any favor [sic] by letting someone use lack of money as an excuse.”

“When you introduce the price, don’t make it sound like you think it’s a lot of money, if you don’t make a big deal out of it they won’t,” the document says about meeting with students individually. “If they can afford the gold elite don’t allow them to think about doing anything besides the gold elite.”

The playbook guides employees to assign ranks to potential students based on “who has the most and least liquid assets.”

The playbook also outlines a strategy for targeting people with the most pressing problems, presumably financial.

“Urgency is proportional to pain,” it says. “Problems are like health. The more a problem hurts now, the more the need for a solution now. And the more it hurts, the more they’ll be prepared to pay for a speedy solution. It’s got to hurt enough!”

On a later page, it offers two examples of personal problems potential Trump University buyers may be experiencing: “Are they a single parent of three children that may need money for food? Or are they a middle-aged commuter that is tired of traveling for 2 hours for work each day?”

Despite advocating for employees to make aggressive sales pitches to sell Trump University courses, telling them to emphasize to customers that “they need to learn the Trump way for continued and growing success,” a “rules of engagement” document says employees can’t make any promises. Employees are prohibited from “directly or indirectly advising any client/customer of any likelihood of success.”

Trump University operated from 2005 to 2010 and Trump “created, funded, implemented and benefited from a scam that cost [customers] … thousands, even tens of thousands of dollars each,” the lawyers suing him have argued, according to Steven Brill’s 2015 TIME feature article.

Trump, for his part, said that it would be “unfair” if he were called to testify in the case and told Brill that Trump University courses were “fantastic” and have a “98 percent satisfaction rate” that is “better than Harvard’s.” 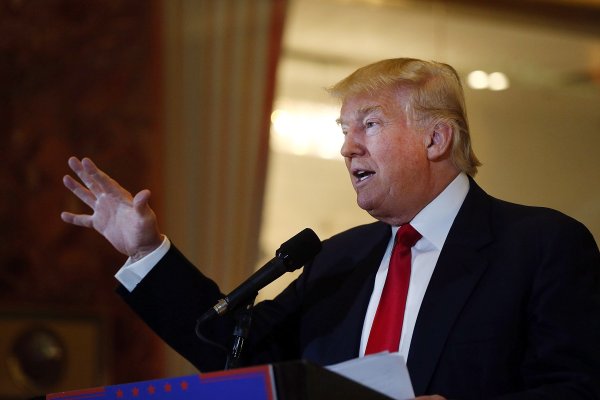