Jonah Ryan of Veep Has a Gloriously Realistic Campaign Website

Veep‘s Jonah Ryan might just be the most obnoxious character on television as the vulgar, gangly political aide that unites D.C.’s political scions in their mutual hate for him — but the public distaste for him doesn’t mean that he can’t have a sweet website.

In case you missed it, this season Jonah is running for Congress as a placeholder for his uncle and he’s taking it very seriously, complete with a very serious, completely legit website that could basically pass muster alongside many of our current political candidates.

Chief among the delights you will find on his site are a photo gallery of Jonah’s awkwardness throughout the years, a campaign poster that you can download, as well as links to the New Hampshire Fish and Wildlife Commission and the Maple Producers association, because obviously what else would a potential congressman for the Granite State have on his website?

However, the real gems are the three truly cringe-worthy (and all the more hilarious) television ads that have all been approved by Jonah himself. You can watch them below.

Jonah tries his hand at chopping wood — which is about as successful as his political career.

Jonah invokes Robert Frost in a bid for the hearts of New Hampshire residents. 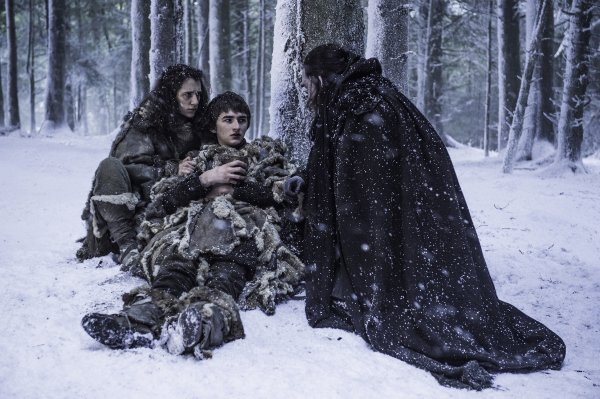 This Game of Thrones Theory May Explain Bran Stark's Mysterious Visions
Next Up: Editor's Pick