Amber Heard has given a statement to the LAPD on her domestic abuse allegations against Johnny Depp, her lawyers said.

Heard was granted a restraining order last week against Depp after she alleged that he threw his phone at her, struck her, and pulled her hair during a domestic dispute. The restraining order was granted as part of the divorce proceedings she initiated last week after 15 months of marriage. Heard alleges that Depp physically and psychologically abused her over the course of their relationship. The LAPD confirmed they were called to the scene on the night in question.

While she did not immediately file a statement with the LAPD following the incident, Heard’s lawyers announced Tuesday that Depp’s team has “forced” her to go to the police by spreading “vicious false and malicious allegations” designed to discredit her.

“In domestic violence cases, it is not unusual for the perpetrator’s playbook to include miscasting the victim as the villain,” Heard’s lawyers said in a statement obtained by the New York Post. “In reality, Amber acted no differently than many victims of domestic violence, who think first of the harm that might come to the abuser, rather than the abuse they have already suffered.”

Depp has released a statement about the divorce, announcing his intention to remain quiet on the matter. “Given the brevity of this marriage and the most recent and tragic loss of his mother, Johnny will not respond to any of the salacious false stories, gossip, misinformation and lies about his personal life,” the statement said. “Hopefully the dissolution of this short marriage will be resolved quickly.”

Depp’s ex-wife and daughter have both come to his defense. Heard’s lawyers could not be immediately reached for further comment. 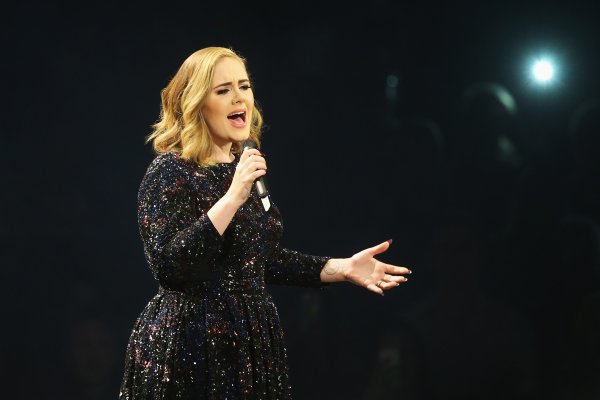 Watch Adele Call Out A Fan For Using a Video Camera
Next Up: Editor's Pick