Men and Women are Equally Unhappy with How They Look, Study Says

Body image issues are often discussed as exclusively affecting women, but a new study shows men are about as likely to be insecure about their looks.

The study, published in the June issue of the journal Body Image and reported by Cosmopolitan, found that only 28% of men say they’re “extremely satisfied” with their appearance, comapred to 26% of women. To arrive at this conclusion, researches at Chapman University posted surveys on NBCNews.com and Today.com and heard back from 12,176 respondents. It’s worth noting that people had to opt in to participating in the survey, so the self-selecting sample is not necessarily representative of the general population.

Not surprisingly, weight was closely tied to people’s body image. “Few men (24%) and women (20%) felt very or extremely satisfied with their weight, and only half felt somewhat to extremely satisfied,” researcher David Frederick, an assistant professor of psychology at Chapman University, said in a statement about the findings. “These findings are consistent with the emphasis placed on the importance of being slender for women and for appearing athletic and/or lean for men. It would seem therefore, that we still have a long way to go before we achieve the goal of Americans being truly happy with their bodies.” 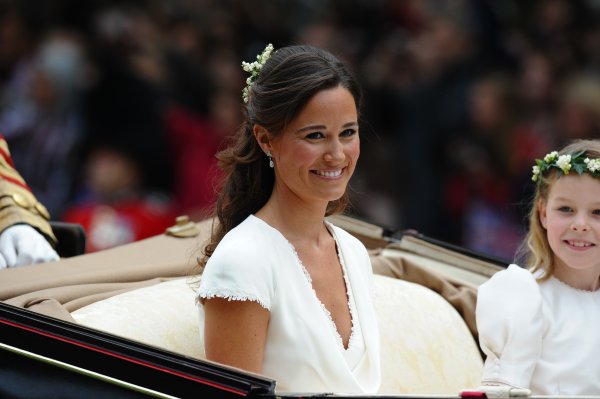 You Can Now Buy Pippa Middleton's Bridesmaid Dress...Kind Of
Next Up: Editor's Pick