Stop Mommy-Shaming Over the Gorilla Incident

I’ll never quite forget the precise moment I became a lousy father. My older daughter was not quite three and I was walking her through a children’s museum in Mexico City. I turned away for a moment and then turned back, just in time to see a boy twice her age and twice her size bump into her. She fell backwards, hit her head on the cement floor, sustained a severe concussion and spent the next three days in a Mexican hospital. Just like that, I went from good dad to bad dad.

Parenting is like that. Keeping children safe is a lifelong exercise in not being able to take a bow when bad stuff doesn’t happen—and paying dearly when it does. That, writ large, is what Cincinnati mother Michelle Gregg has been enduring since her three-year-old son slipped into the zoo enclosure of a 420-lb. lowland gorilla named Harambe—a drama captured on a video that went globally viral. It is impossible to know what Harambe’s intentions, to the extent that he had them, were when the tiny human suddenly dropped into his very limited world.

His initial behavior—standing over the boy, scooping him toward him with a giant cupped hand—suggested he wanted to protect him. His later behavior—dragging the boy violently through the standing water in his moat—suggested he might well kill him. Zoo officials decided the best solution was to kill the animal to save the child. And with that, the mommy shaming began.

Yes, the zoo was in for criticism for having a gorilla enclosure that even a three year old could breach. And yes, animal rights activists argued that Harambe’s death was one more argument against keeping wild animals captive.

But the real venom was directed at the mother. A Change.org petition—dubbed, inevitably, “Justice for Harambe”—read in part: “We the undersigned actively encourage an investigation of the child’s home environment in the interests of protecting the child and his siblings from further incidents of parental negligence that may result in serious bodily harm or even death.” Within two days after the incident, it had collected 313,000 of the 500,000 signatures it was seeking.

Then, Twitter did what Twitter does: it weaponized the ugliness. “I am SICK&TIRED of LAZY people who do not WATCH THEIR CHILDREN,” read one post. “[A] gorilla got killed because of a stupid child and his moron parents,” read another. And because no public debate is complete until celebrities have their say, there was Ricky Gervais tweeting, “It seems that some gorillas make better parents than some people.” D.L. Hughley, for his part, said this: “If you leave your kid in a car you go to jail, if you let your kid fall into a Gorilla Enclosure u should too!”

The most telling—and un-self-aware—reaction, however, came from a man who tweets under the name DADDIE: “Give me 10 children and I can guarantee that none of them will end up in a gorilla enclosure.”

But no, DADDIE, here’s the thing: you can’t guarantee that. Parent shaming is all about reverse-engineering a moment. A bad thing happened; parents are supposed to prevent bad things from happening; therefore a parent must be to blame. A child would certainly never fall into a gorilla enclosure on my watch.

Children, however, don’t play by those kinds of rules. They are the electrons in the nuclear family—kinetic, frenetic, seemingly occupying two or three places at the same moment, and drawn irresistibly to the most dangerous things in their environment. Wrangling a single child is a process of quick reflexes and constant vigilance; wrangling several of them—as Gregg was reportedly doing at the precise moment her son slipped away from her—is exponentially harder.

It speaks sweetly to human nature that we are so drawn to protect children. A lost toddler wails in a mall and a dozen grownups converge to help. And it’s a manifestly good thing that as a culture we’ve grown much more alert to the plight of kids for whom the home is the least safe place in the world. Child protective services exist for a reason. But protecting children from harm is not the same as attacking sometimes-grieving parents who work mightily, every day, to prevent that harm from coming.

Having a child—even just expecting a child—means being at least a little bit afraid for the rest of your entire life. The tiny cracks in time in which accidents happen—the millisecond before and after a child falls in a museum or tumbles into an animal enclosure—are sometimes impossible to foresee. Fearing the loss or severe injury of your own child is bad enough, thank you very much, without fearing the public shaming that can follow. 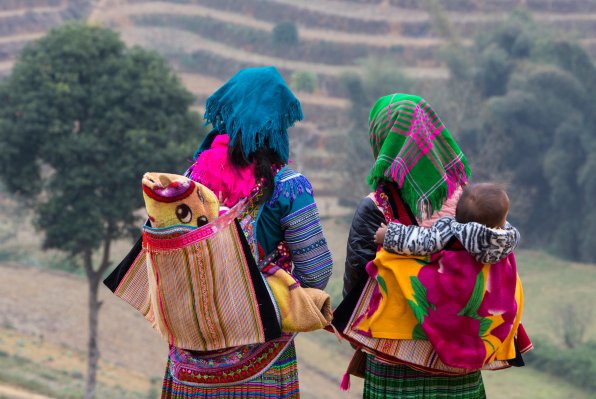 How Child Care Made Humans Smart
Next Up: Editor's Pick