How the Golden State Warriors Survived the West

You can be forgiven for writing off the Golden State Warriors in these NBA playoffs. Tough seems patently absurd. How could any self-respecting basketball fan dismiss the greatest regular-season team ever? Is it really beyond the scope of possibility that a team that won a record 73 games could rally from a 3-1 series deficit to clinch a second straight Western Conference title, as the Warriors did on Monday night with their scintillating 96-88 Game 7 victory over the Oklahoma City Thunder?

A week ago, however, the Warriors weren’t just on the verge of an extended vacation. They looked lost and disinterested. The Thunder embarrassed Golden State in Games 3 and 4, beating the Warriors to every loose ball, ripping apart their defense. Injuries were clearly nagging NBA MVP Stephen Curry. When Draymond Green, Golden State’s All-Star, do-everything power forward, kicked Steven Adams in the groin in Game 3 but avoided a Game 4 suspension, OKC fans cried favoritism. But Green’s Game 4 presence only helped the Thunder’s cause. He stunk up the gym.

Sure, the Warriors took Game 5 at home, 120-111. But that victory meant squat until Golden State could prove it could play in OKC. During Game 6 on Saturday night, the Thunder led 89-81 with nine minutes left. Then Curry and Klay Thompson, who scored 41 points on an NBA playoff record 11 three-pointers, resurrected their Splash Brothers stage act and saved Golden State’s season. Onto Game 7.

Golden State returned to the friendly confines of Oracle Arena, the scream box in which the Warriors had lost just three games all season and postseason. Still, the Warriors scored a mere 19 points in the first quarter Monday night, and trailed 48-40 right before halftime. Then, in the last five seconds of the second quarter, Curry dribbled the ball the length of the floor, and threw up a acrobatic left-handed layup high on the rim, over two OKC defenders. The trick shot dropped.

They kept coming in the second half. Golden State outscored Oklahoma City, 29-12, in the third quarter to wrestle back command of their historic season. The ball moved, Golden State bore down on D, Curry sank three threes. Oracle lost it, yet again. Two role players who barely left the bench all series, both from Brazil — Anderson Varejão and Leandro Barbosa — each hit running circus shots. It was vintage Warriors; a graceful onslaught of offense. When the third quarter ended, Golden State lead 71-60. Oklahoma City hung around late, but the Warriors finished the job.

Now, the Cleveland Cavaliers get another crack at Golden State, in a rematch of last year’s NBA Finals, which begin on June 2. Unlike last year, Cleveland is healthy. Kevin Love, injured in the first round of last year’s playoffs, will play in his first Finals. Kyrie Irving battled injuries throughout the 2015 postseason, and fractured a kneecap in the Finals opener. He didn’t play the rest of the series, which the Warriors won in six games.

LeBron James won’t have to go it alone. He’s desperate to bring Cleveland it’s first major pro sports championship since 1964. Can LeBron actually lose three straight finals? (He fell in 2014, to San Antonio, while he still played for the Miami Heat). Golden State, meanwhile, needs a title to stamp this season as the greatest in NBA history. This 2016 NBA Finals matchup showcases more great players, in their prime, than any in recent memory. Golden State needed more sweat than expected to reach this final round. But the Warriors arrived, in the NBA series of the century. 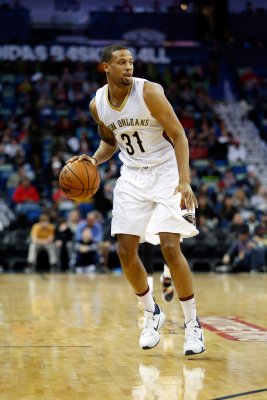