Ministerial staff use brooms to scrub the office door of Transparency Minister Fabiano Silveira in Brasília on May 30, 2016, demanding his resignation
Eraldo Peres—AP
By Mark Rivett-Carnac

Brazil’s Transparency Minister Fabiano Silveira resigned Monday after recordings that were made public suggested he tried to stymie a corruption investigation.

In the recordings, Silveira seems to be heard advising Senate leader Renan Calheiros on how to protect himself from the massive corruption investigation into state-controlled oil company, Petrobras. He also seems to criticize the probe’s prosecutors, according to Reuters.

Silveira is the second minister to fall from the Cabinet of interim President Michel Temer. Last week, Planning Minister Romero Jucá stepped down after a recording from the same leaked tapes suggested he too plotted to curb the corruption investigation. Both Jucá and Silveira have said the recordings, made secretly by a former oil executive as part of a plea bargain, were taken out of context.

The tainted ministers were appointed by Temer when he temporarily took over the presidency from Dilma Rousseff on May 12. Rousseff was suspended for up to 180 days after Brazil’s Senate voted that she face an impeachment trial for allegedly violating budget laws. She has said she is the victim of a “coup.” 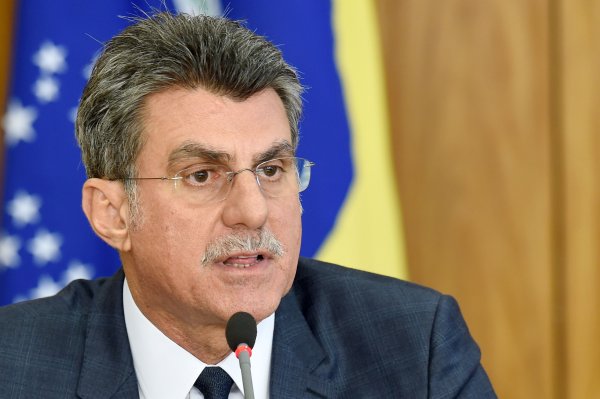 Brazil Minister Steps Down Over Corruption Probe
Next Up: Editor's Pick