Dozens of people gathered at a vigil on Monday for the gorilla killed by Cincinnati Zoo officials Saturday to protect a three-year-old boy who fell into the animal’s enclosure.

The gorilla, named Harambe, was shot and killed by the zoo’s Dangerous Animal Response Team after grabbing and dragging the toddler through a shallow moat.

In the days since the gorilla’s death, animal rights activists have criticized the toddler’s mother for not watching him closely enough and the zoo for not using fencing that could have prevented the boy from falling inside. The incident also prompted several celebrities to speak out and criticize how the situation was handled.

Over 100 Piglets Die During Livestock Semi-Trailer Crash in Iowa

“We are heartbroken about losing Harambe, but a child’s life was in danger and a quick decision had to be made by our Dangerous Animal Response Team,” said Zoo Director Thane Maynard in a statement on Sunday. 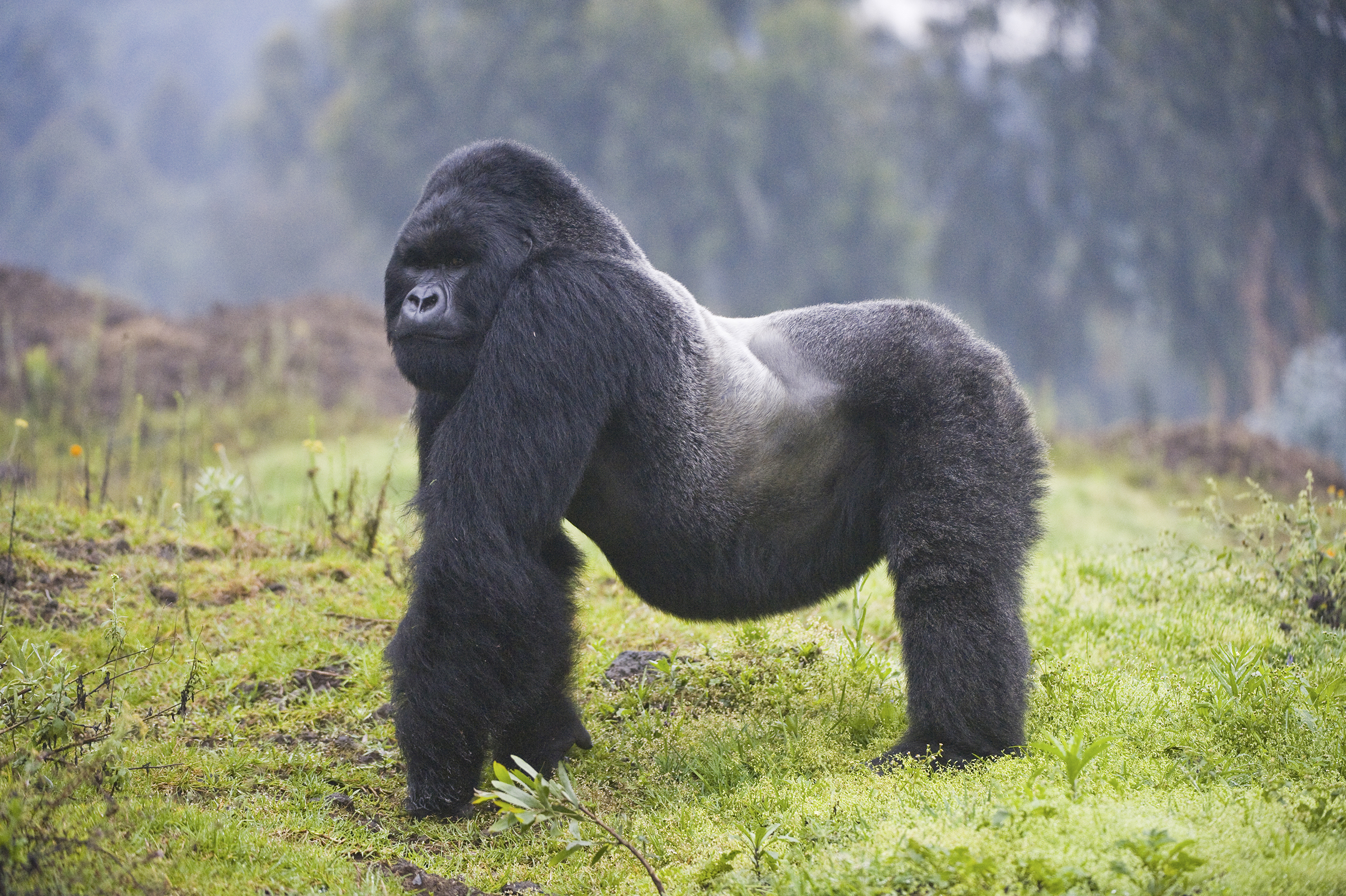 Mountain Gorilla, Rwanda. About 880 mountain gorillas, who have thicker and more fur than other great apes, live in forests high in the mountains in the Congo Basin. They are threatened by civil conflict, poaching, and an encroaching human population.
Panoramic Images/Getty Images 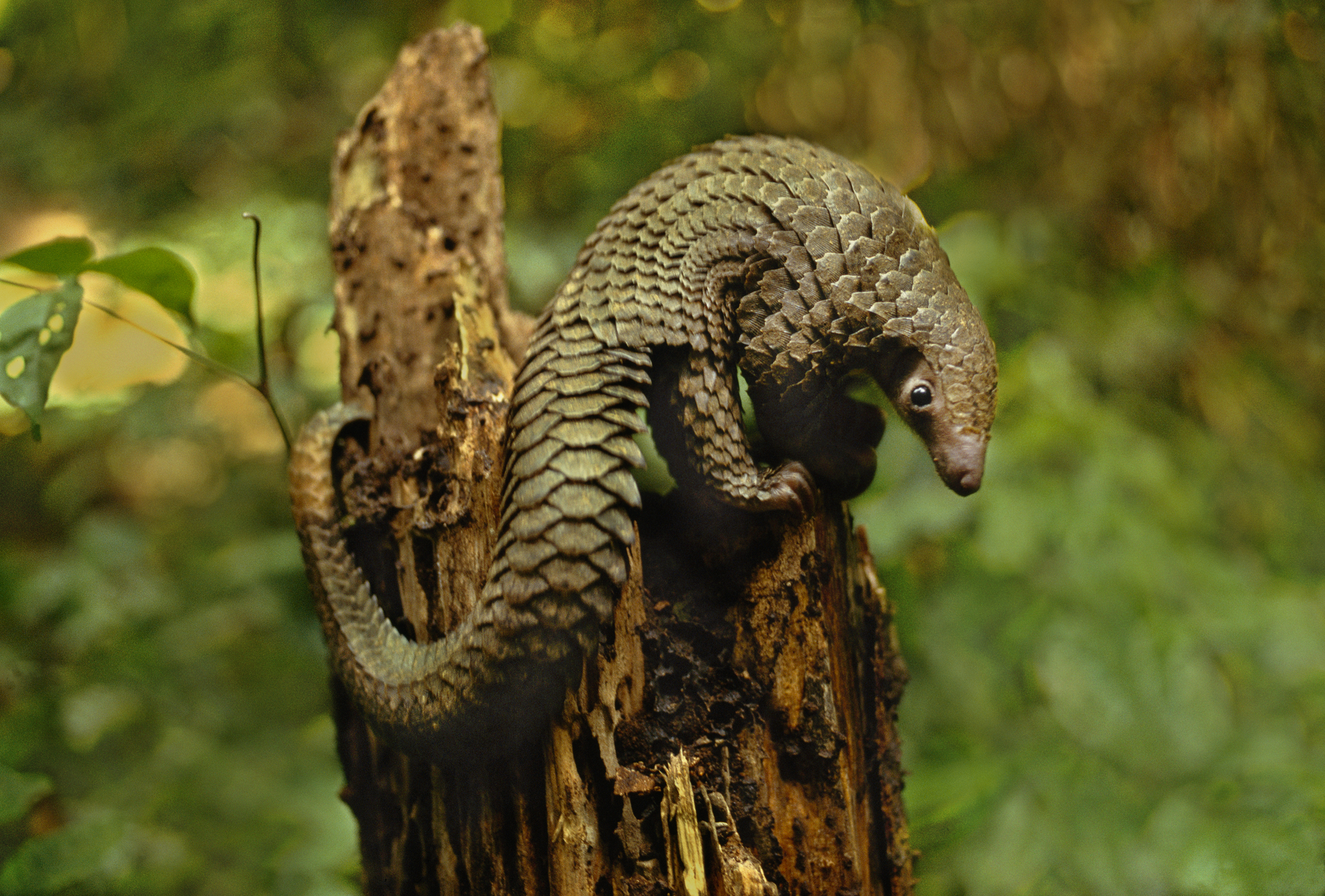 Long-tailed Pangolin, D.R. Congo. Also called scaly anteaters, these solitary, primarily nocturnal animals are native to both Africa and Asia. Although all eight species of Pangolin are protected, they are valued for their meat and scales, and are often killed and sold illegally. They could possibly be the most trafficked mammal in the world.
Frans Lanting—Mint Images/Getty Images 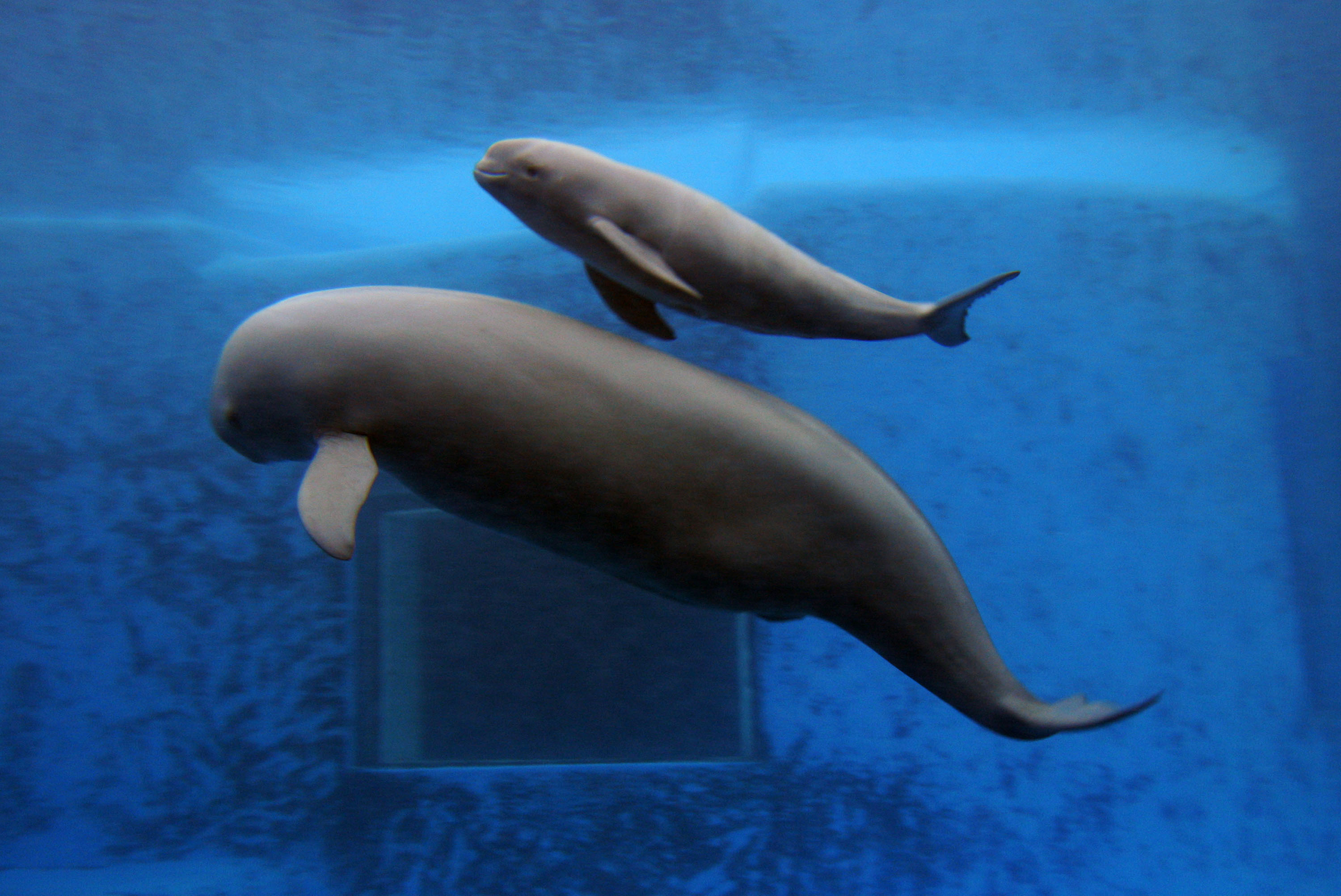 A newly born Yangtze Finless Porpoise swims with his mother at the Hydrobiology Institute of the Chinese Academy of Sciences in Wuhan of Hubei Province, China, June 3, 2007. The Yangtze finless porpoise is the only porpoise in the world that lives in freshwater and has a level of intelligence comparable to a gorilla. Due to overfishing of their food supply, pollution, and ship movement, there are only about 1500 of them left in the wild.
China Photos/Getty Images 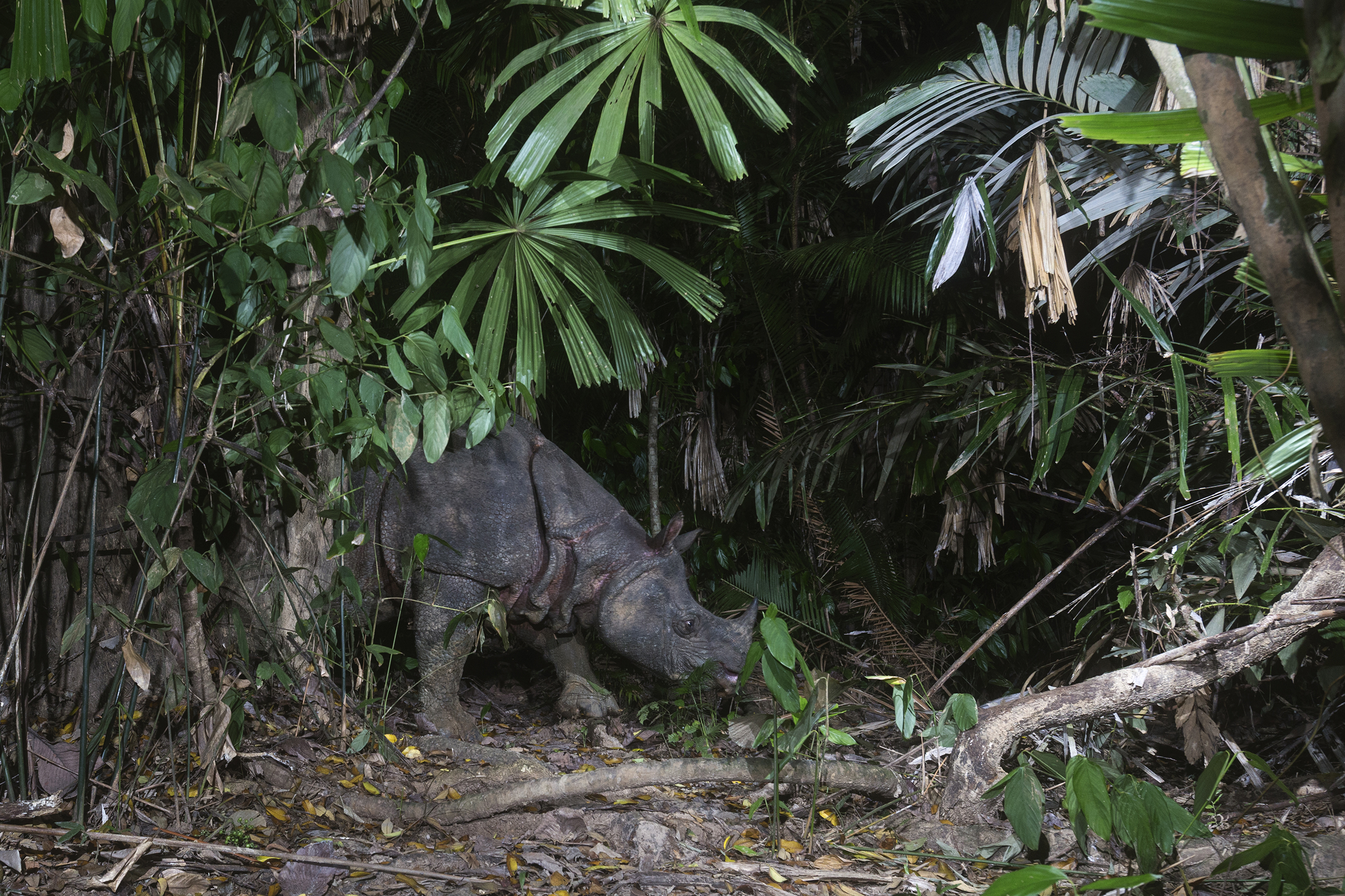 Javan Rhinoceros, Ujung Kulon National Park, Indonesia. After a subspecies in Vietnam was wiped out due to poaching, the entire population, about 60 individuals, of these animals can be found in one Indonesian park. Because of their low numbers, they are especially vulnerable to natural disasters, disease, and inbreeding.
Stephen Belcher—Minden Pictures/Getty Images 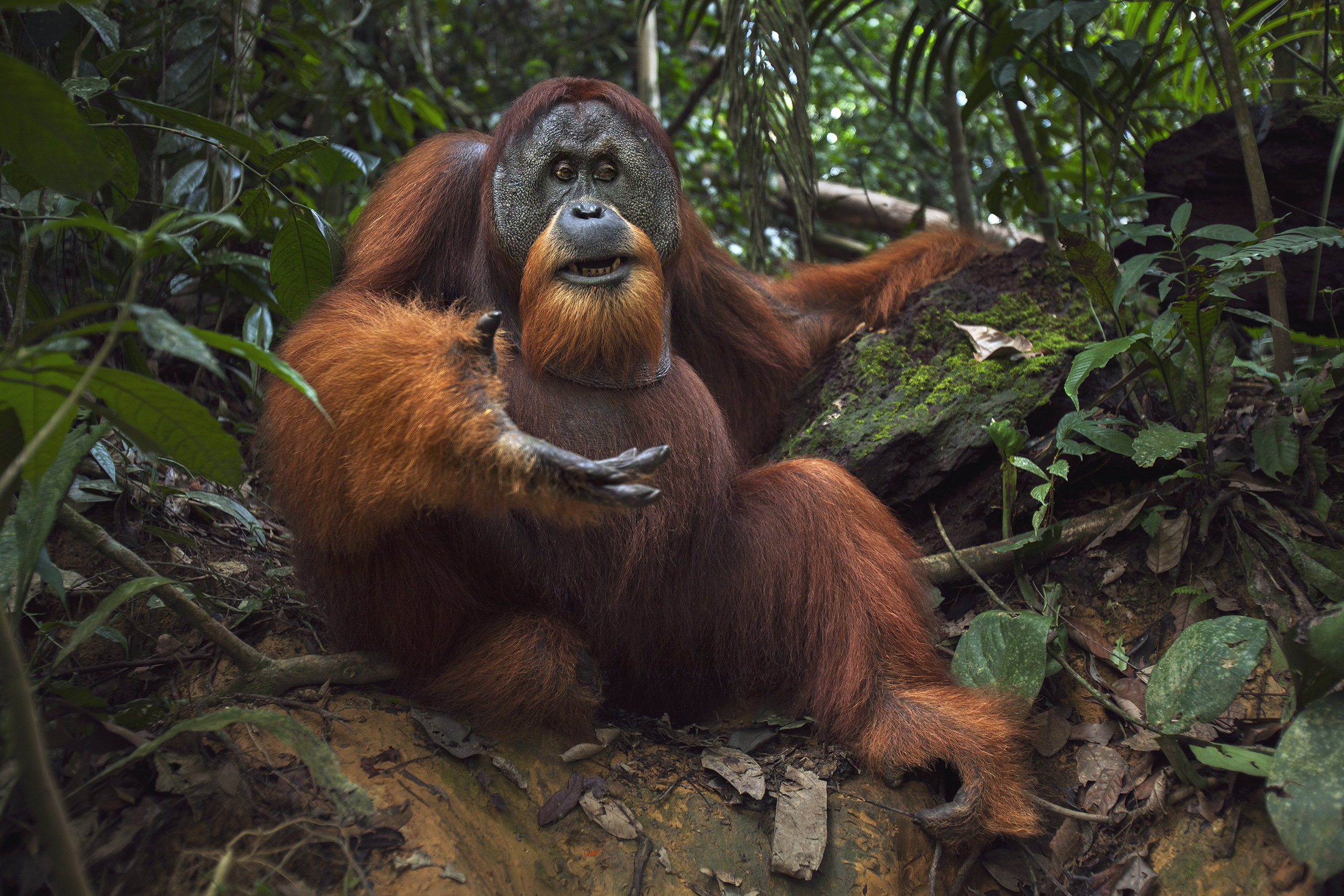 Sumatran Orangutan, Gunung Leuser National Park, Indonesia. The approximately 7,300 remaining Sumatran orangutans live almost entirely in the treetops of tropical rain forests, only rarely traveling on the ground. As these forests are converted into oil palm plantations or burned to clear land, the orangutans are forced into an ever smaller livable habitat.
Anup Shah—Minden Pictures/Getty Images 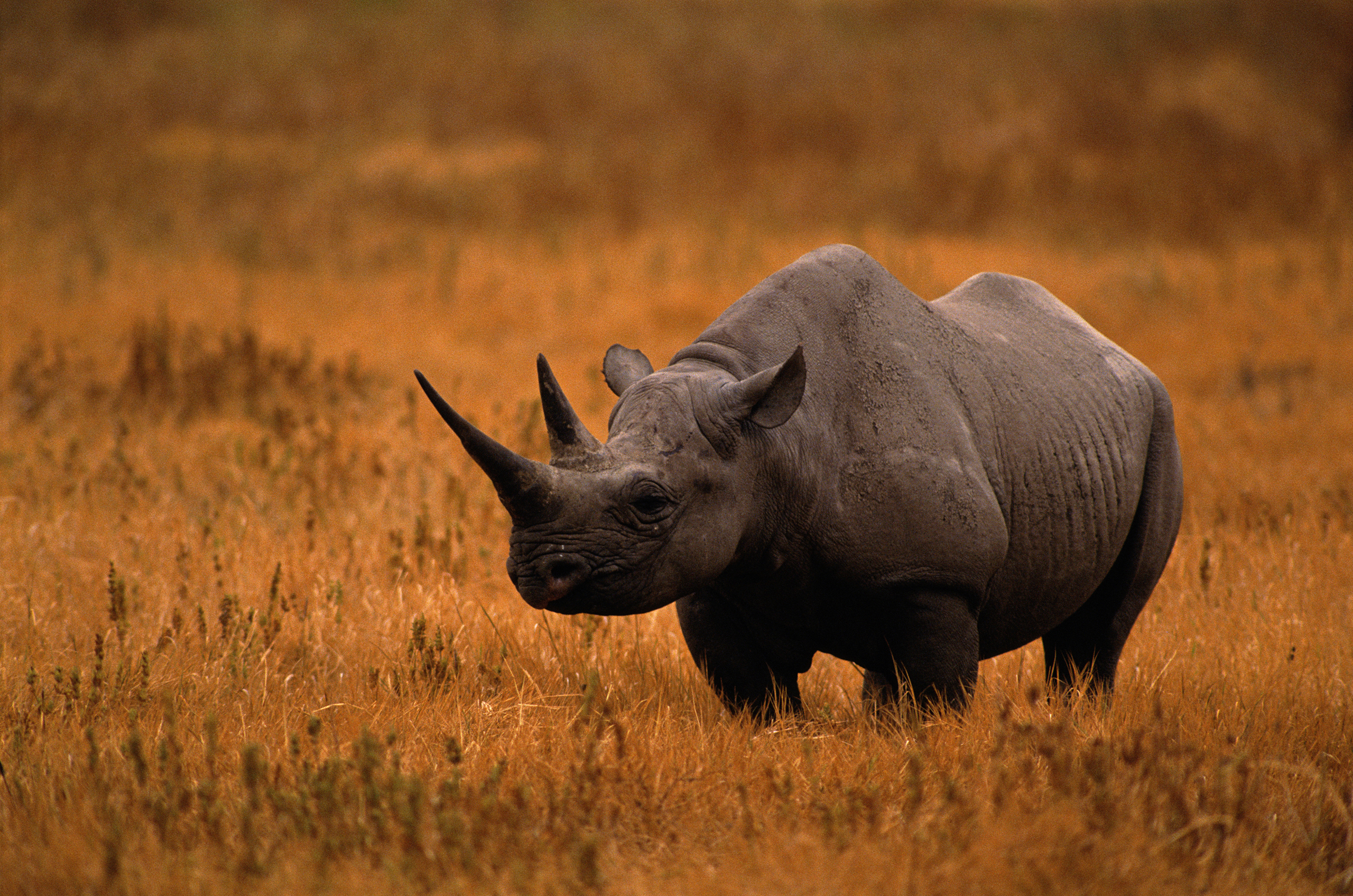 Black Rhinoceros, Tanzania. Rhinos are one of the oldest groups of mammals on the planet. Because of demand for rhino horn in Asia, between 1970 and 1992, 96% of Africa's remaining black rhinos were killed. Today, there are about 5,000 black rhinos left.
Kevin Schafer—Getty Images 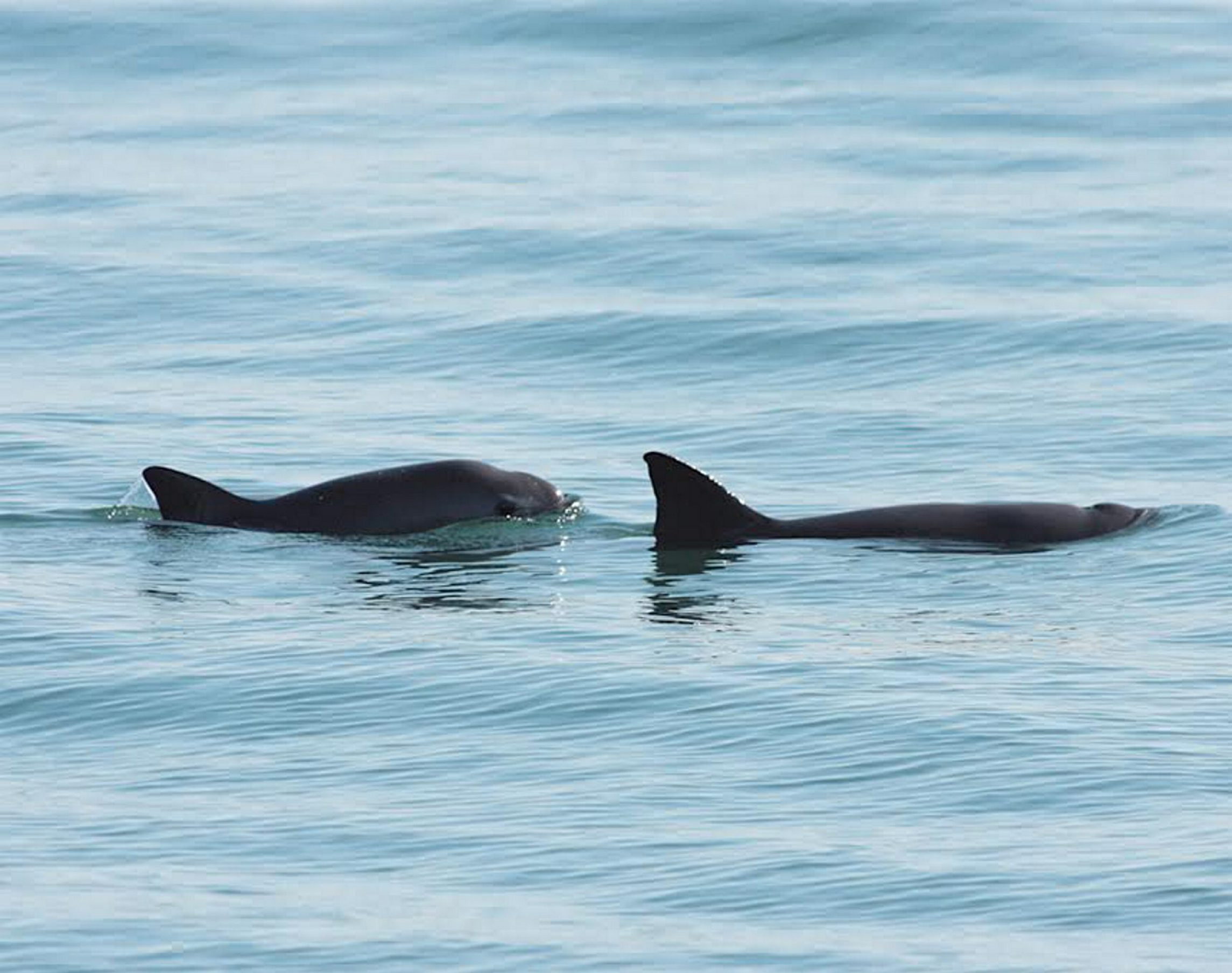 Vaquita, Northern Gulf of California. Vaquitas, a small species of porpoise, are the world's most rare marine mammal - there are thought to be under 100 individuals remaining. Nearly 1 out of every 5 vaquita are killed by gillnets used for illegally fishing another endangered sea creature, the totoaba, which is valued for its swim bladder.
Newscom 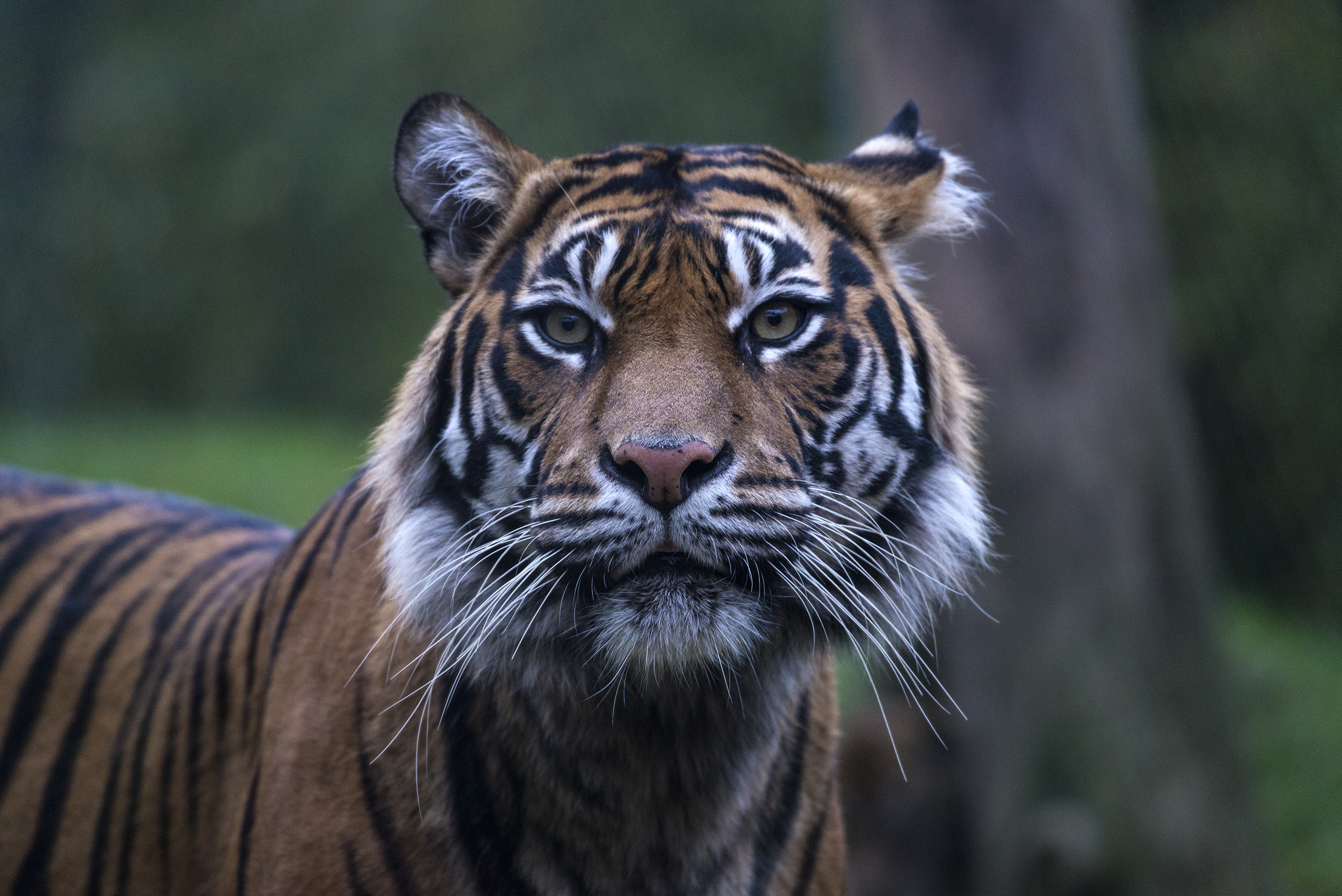 Sumatran Tiger, Sumatra, Indonesia. These tigers are distinguished by heavy black stripes on their orange coats. Poaching is the biggest threat to these big cats, of which only about 400 remain.
Mark Newman—Lonely Planet/Getty Images 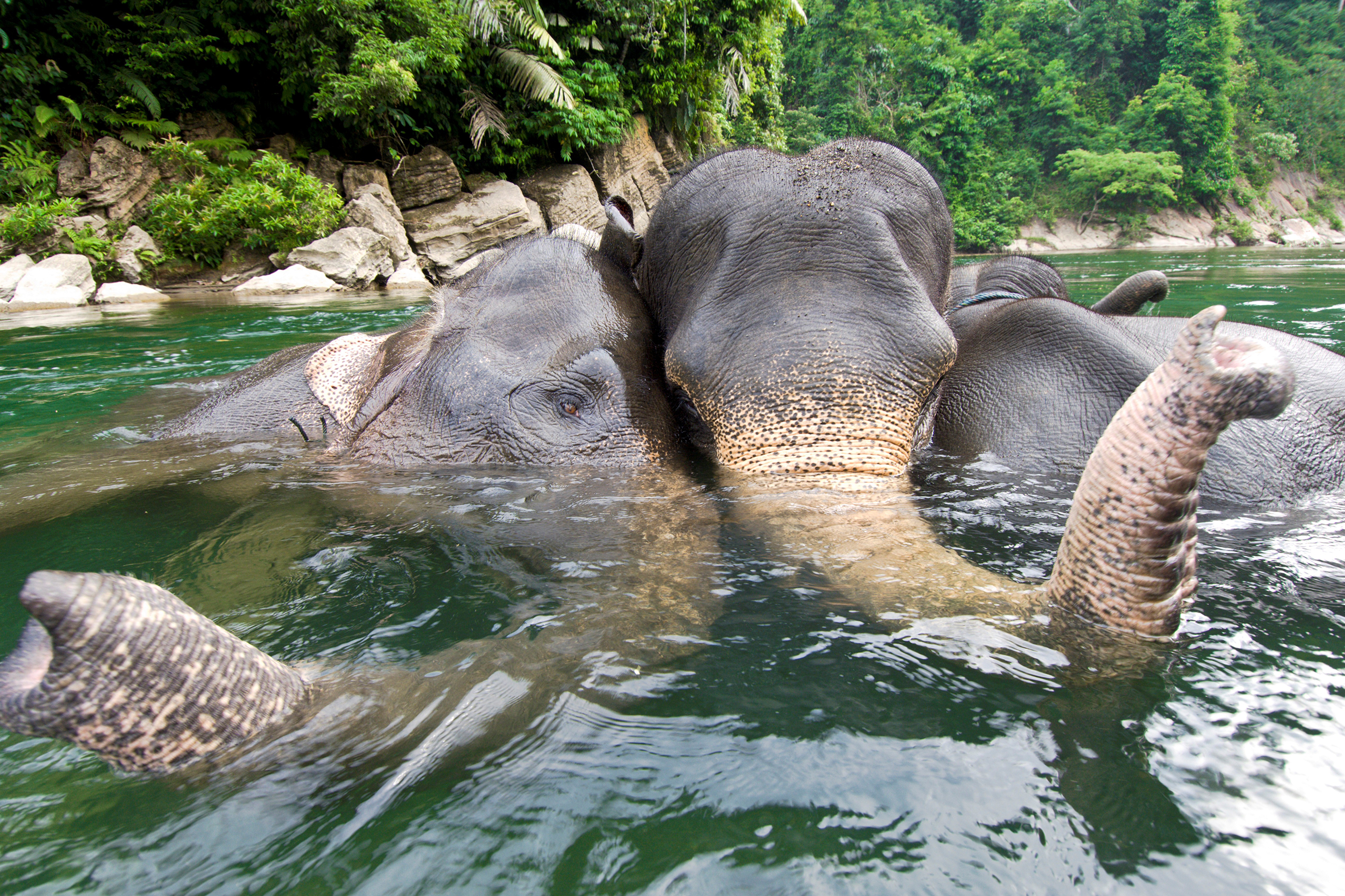 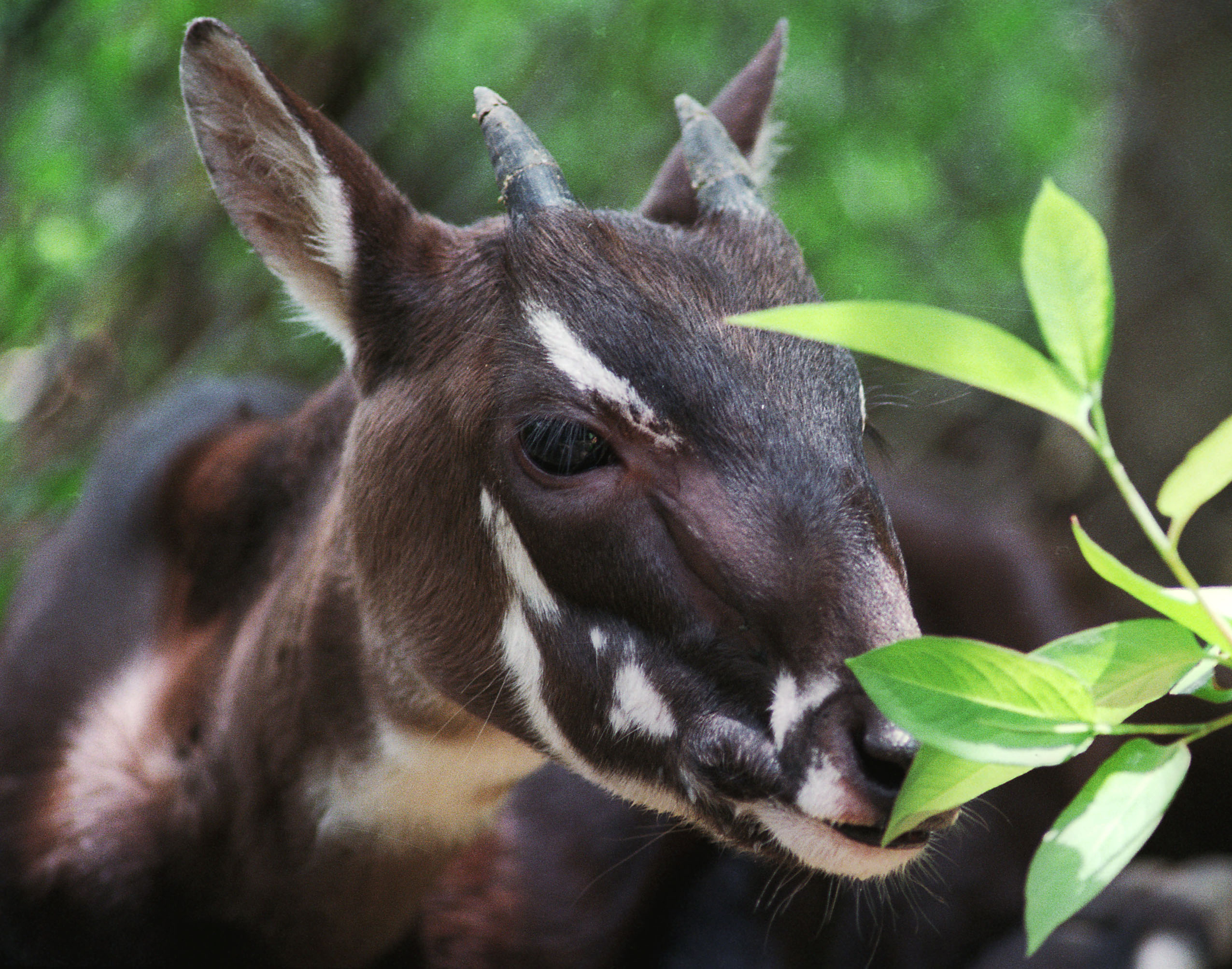 A captured Vu Quang Ox or Saola outside Hanoi, Vietnam, June 25, 1994. Discovered in 1992, the saola was the first large mammal new to science in more than 50 years. They are found only in the Annamite Mountains of Vietnam and Laos and have been documented in the wild four times.
Claro Cortes—Reuters 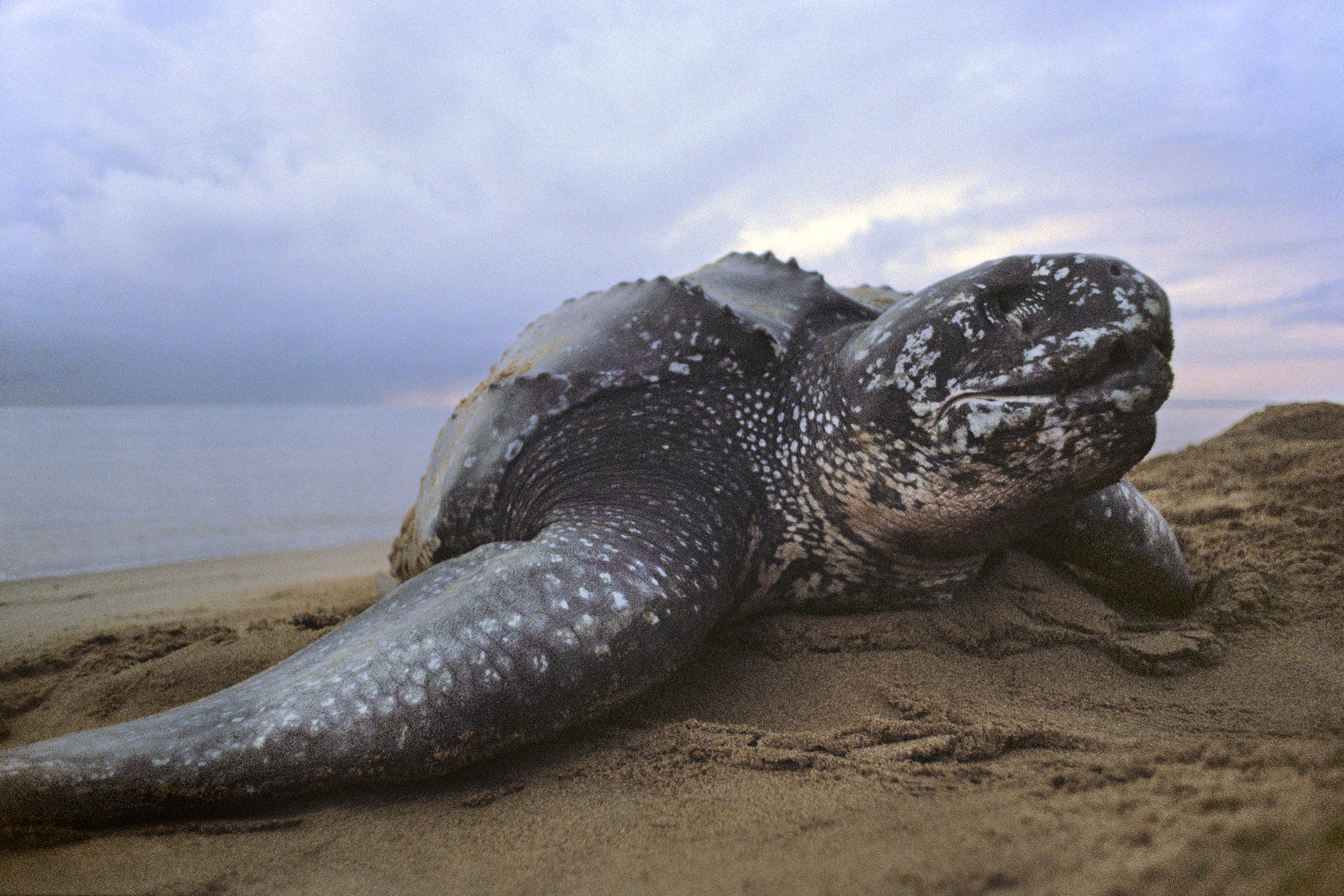 Leatherback Sea Turtle, Galibi National Reserve, Suriname. Leatherback turtles are named for their shell, which is leather-like rather than hard, like other turtles. They are the largest sea turtle species and one of the most migratory—they cross both the Atlantic and the Pacific on their way from the Coral Triangle to the California coast. They are threatened both by fishing, where they are often accidentally caught and killed, and by illegal trade of their eggs.
Frans Lanting—Mint Images/Getty Images 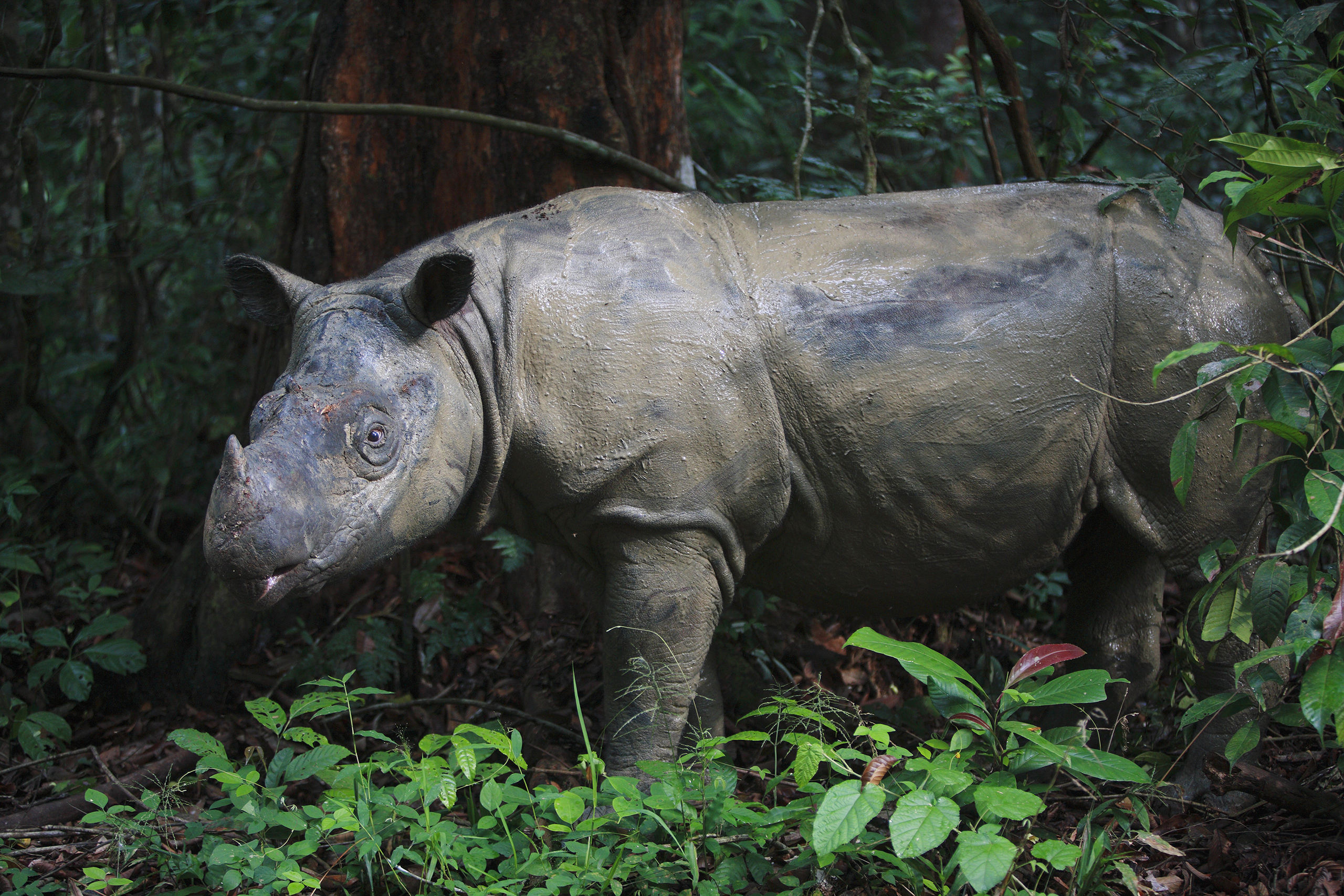 Sumatran Rhinoceros, Way Kambas National Park, Sumatra, Indonesia. These rhinos are the smallest living rhinoceroses and the only Asian rhino with two horns. Around 250 of these rhinos share a habitat with the, also endangered, Javan rhinoceros. Their biggest threat comes from poaching for their horns.
Cyril Ruoso—Minden Pictures/Getty Images 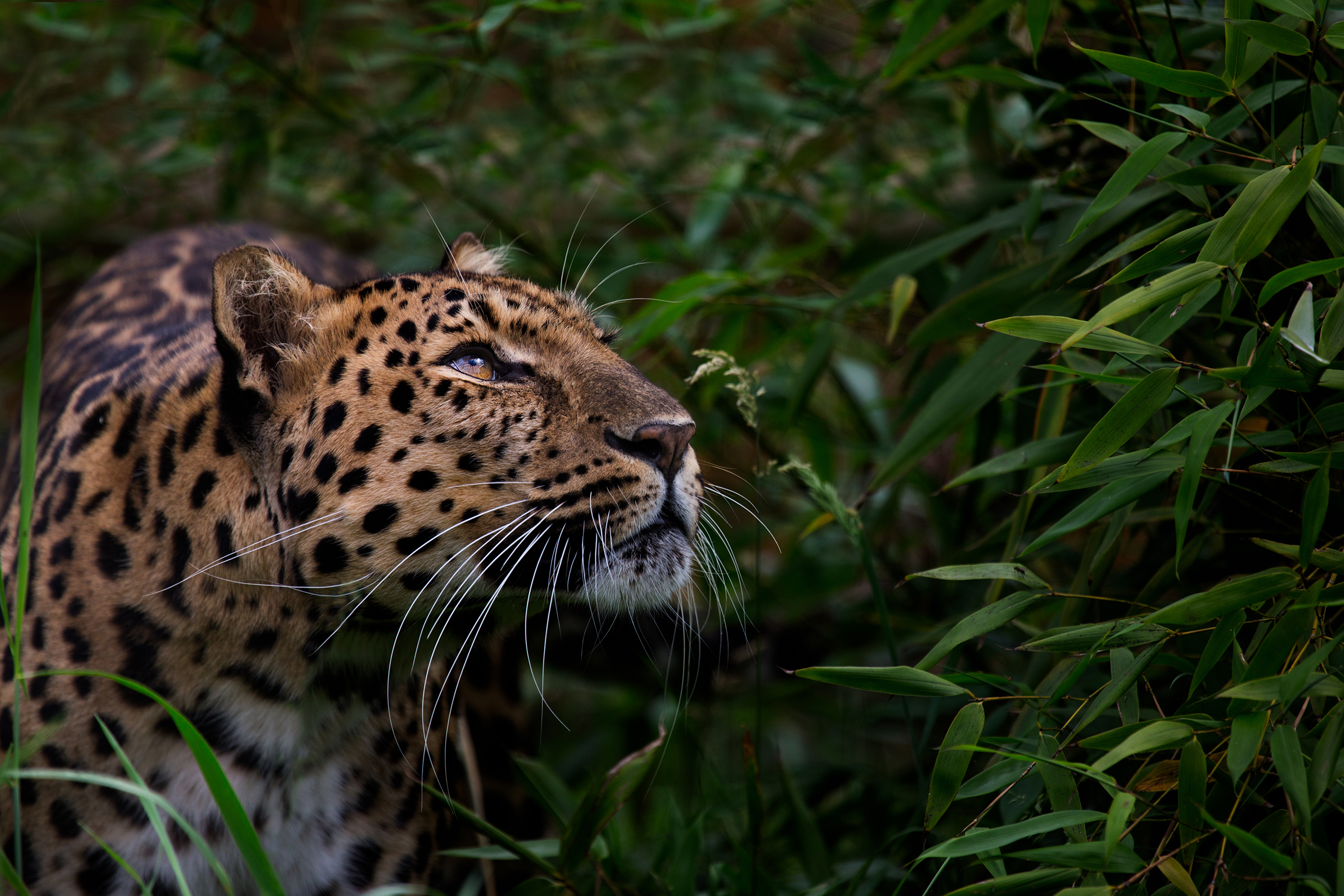 Amur Leopard, Russian Far East. A rare subspecies of leopard that has adapted to life in the temperate forests of northern Russia and China. They can run at speeds up to 37 mph and jump up to 10 ft. vertically. Due to poaching for its fur, only 60 individuals remain.
Billy Currie —Getty Images 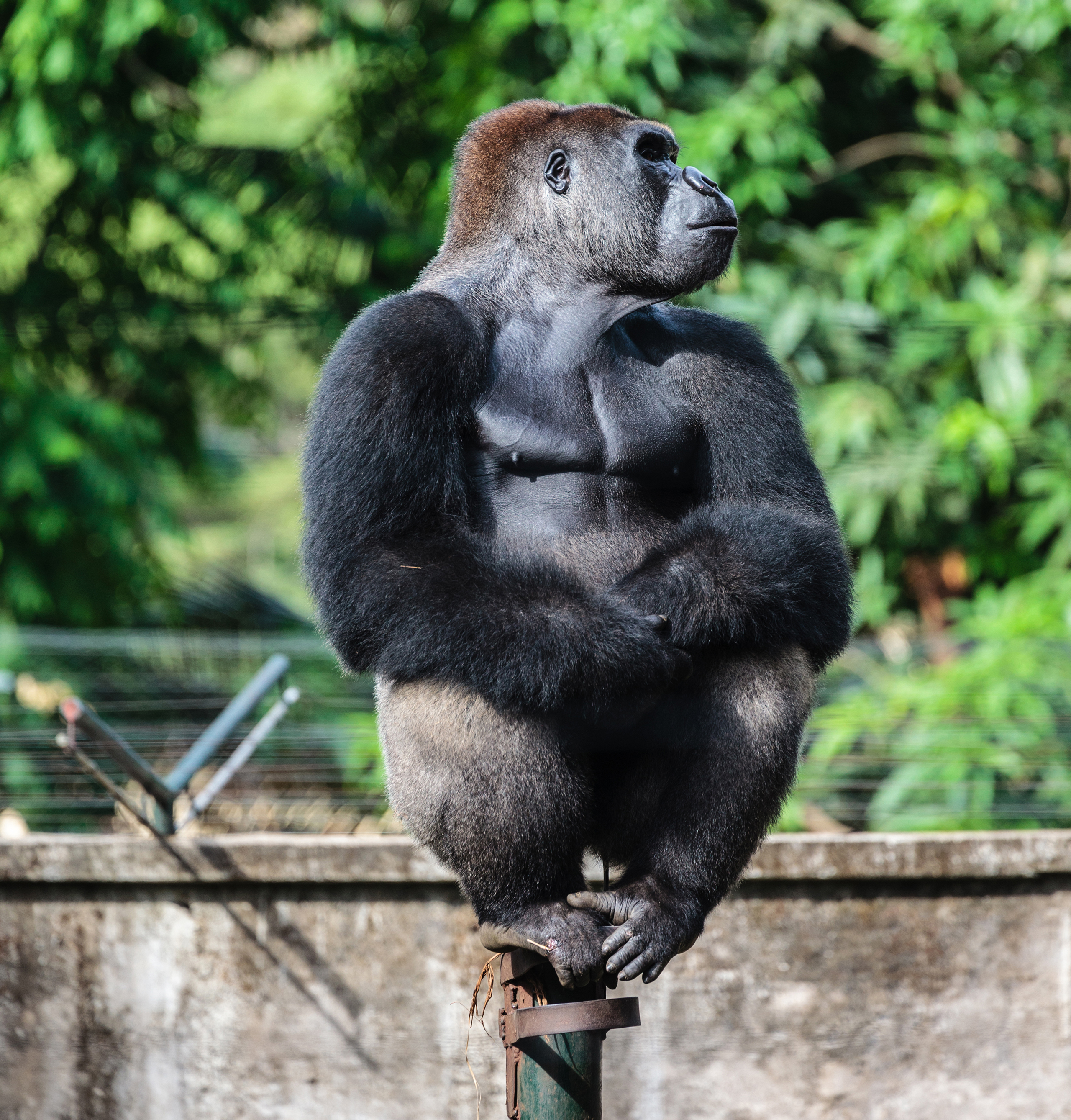 Cross River Gorilla Limbe Wildlife Center, Cameroon. Around 200 individuals of this subspecies of western gorilla live in the rugged territory between Cameroon and Nigeria. They are at risk for hunting, as enforcement of wildlife laws in these areas is often lax.
Danita Delimont—Newscom 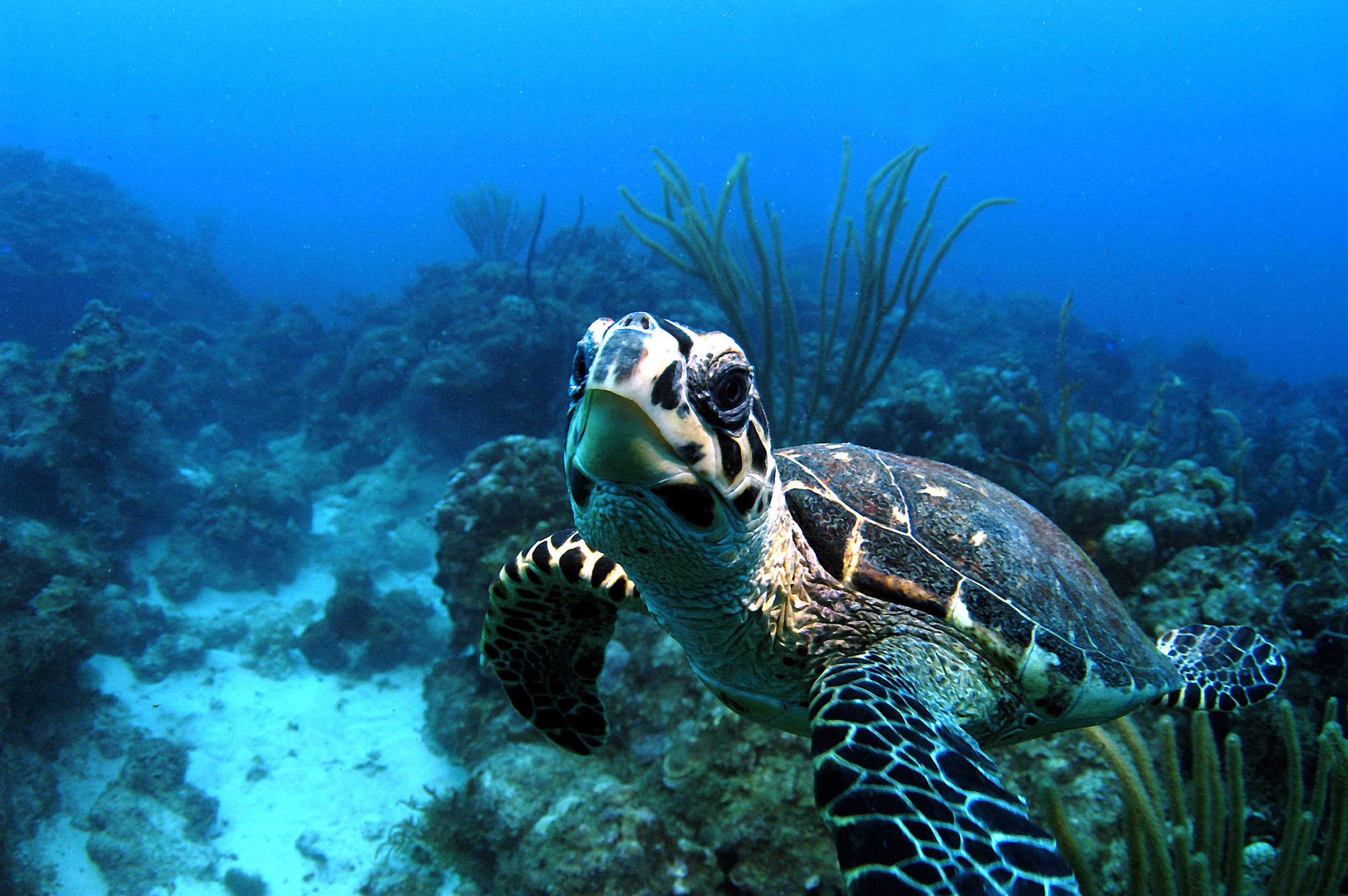 Hawksbill turtle, British Virgin Islands. These turtles are found throughout the world's tropical oceans, where they feed on sponges that live in crevices in coral reefs. They are most threatened by the illegal trading of their shells, which are used to make jewelry and other ornaments.
Armando F. Jenik—Getty Images 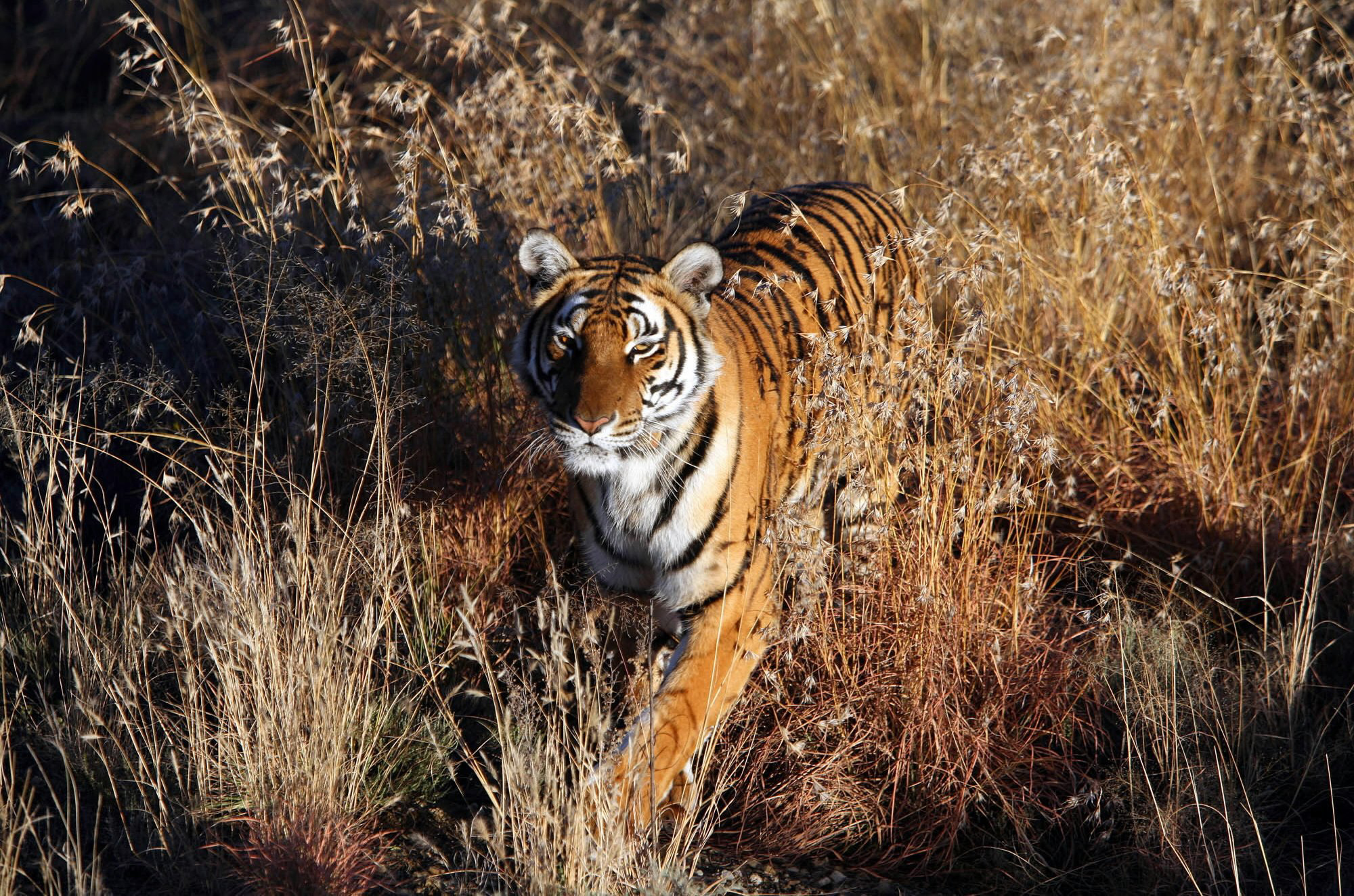 South China Tiger, Laohu Valley Reserve in Philippolis, South Africa on June 21, 2006. In the 1950s this species was hunted as a pest and is now considered functionally extinct. However, they can still be found in zoos and in South Africa, where there are plans to reintroduce captive-bred tigers back into the wild, as shown in the image here.
Melanie Stetson Freeman—Christian Science Monitor/Getty Images 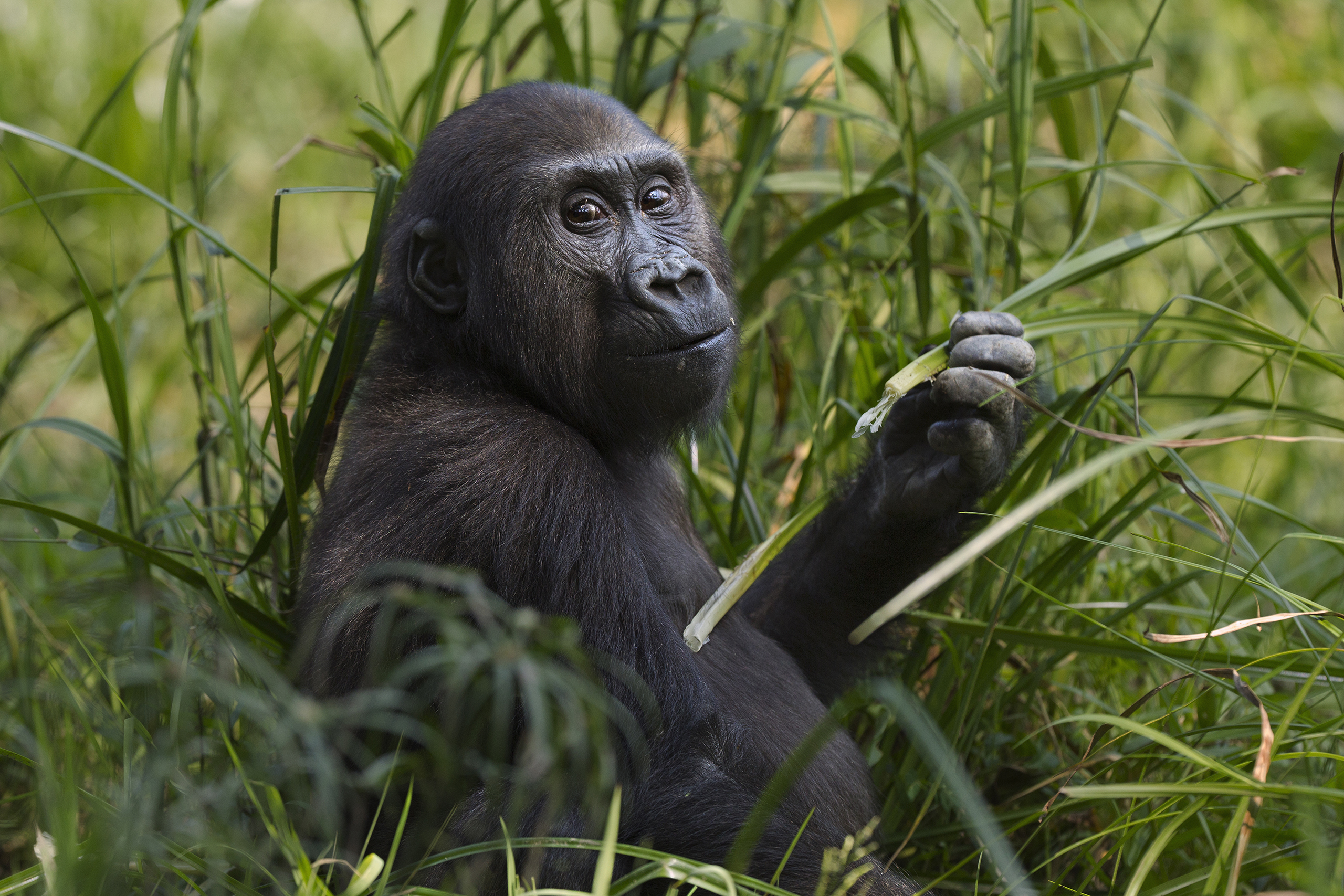 Western Lowland Gorilla, Bai Hokou, Dzanga Sangha Special Dense Forest Reserve, Central African Republic, Nov. 2011. These gorillas inhabit some of the most dense and remote rainforests in Africa. Because of poaching and disease, the gorilla’s numbers have declined by more than 60% over the last 20 to 25 years.
Anup Shah—Getty Images
1 of 17
Advertisement

Those mourning the death of Harambe gathered at a vigil Monday afternoon, the Guardian reported. A Facebook page for the vigil emphasized that the event was a tribute to the gorilla, not a protest of the zoo. Visitors had also been leaving flowers and cards at a makeshift memorial near a statue outside the zoo’s Gorilla World, which was temporarily closed on Monday, the Cincinnati Enquirer reported.

Read more: Caretaker of Slain Cincinnati Zoo Gorilla Devastated: ‘These Are Like Your Children’

“Yet again, captivity has taken an animal’s life,” People for the Ethical Treatment of Animals said in a statement from its primatologist Julia Gallucci, local station WCPO reported. “The gorilla enclosure should have been surrounded by a secondary barrier between the humans and the animals to prevent exactly this type of incident.”

In a statement released Sunday, the family of the toddler—who has not been officially identified—thanked zoo employees for their quick action.

“We know that this was a very difficult decision for them, and that they are grieving the loss of their gorilla,” the statement said.